No more sugar and spice! 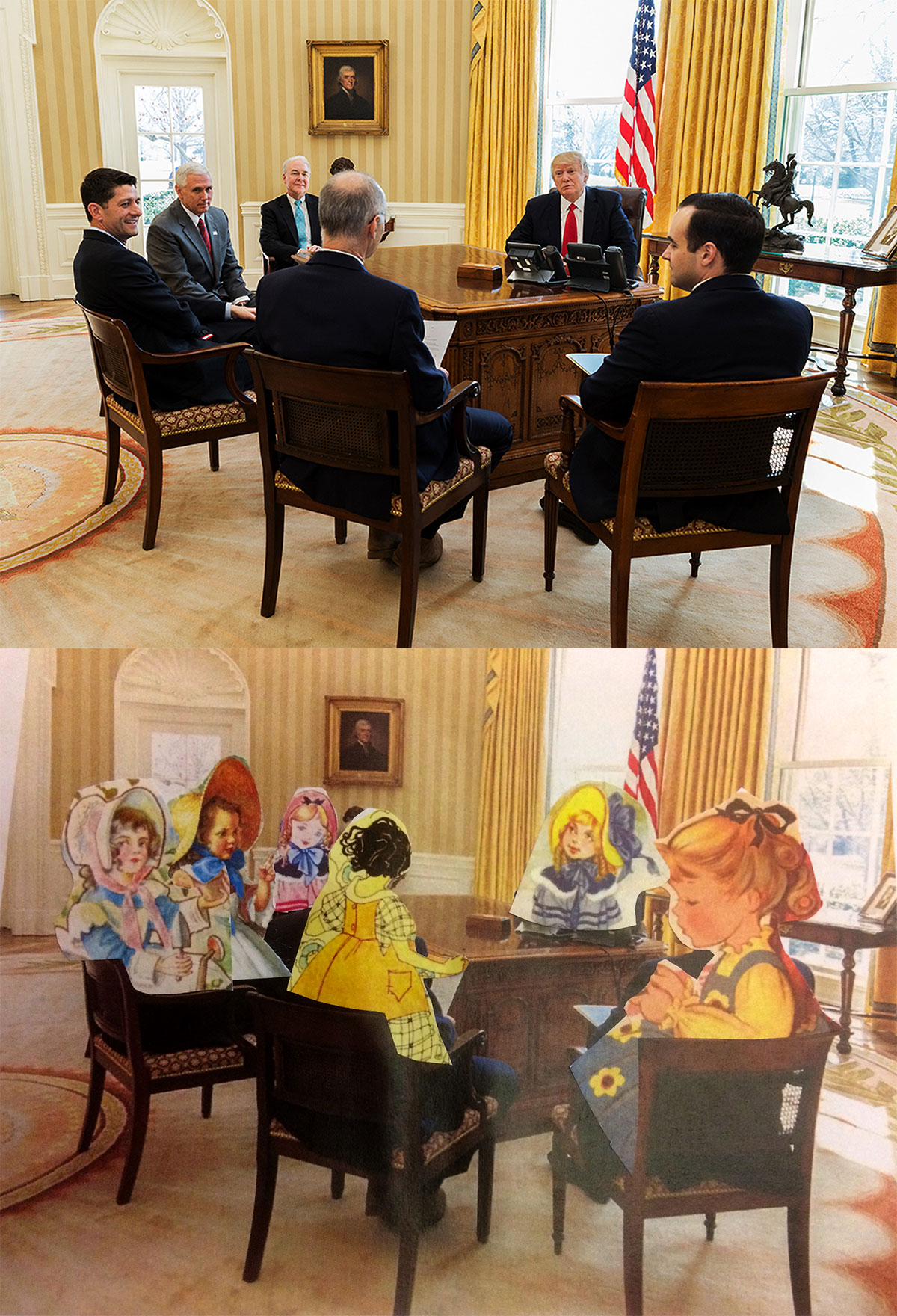 In Tales for Toddlers today, Polly was sick of putting the kettle on; Little Miss Muffet wasn’t scared of the spider any more; Mary wasn’t quite so contrary and decided to explore the world beyond the garden; the queen had better things to do than sit in the parlour eating bread and honey, and the maid was tired of hanging out the clothes; today little girls were made of far more adventurous ingredients than sugar and spice and all things nice!

Responding to DLWP’s current exhibition STILL I RISE: FEMINISMS, GENDER, RESISTANCE, ACT 2, storyteller Kevin Graal introduced five traditional British nursery rhymes which frame girls and women in vulnerable or disempowered roles. Then Tales for Toddlers participants created collages in which those very same nursery rhyme characters were placed in positions of power and authority: Polly took her kettle off and used its contents to put a fire out; Little Miss Muffet became fearless and walked on the moon; contrary Mary left the garden and took up residence with her nursery rhyme sisters in the Oval Room of the White House; the queen occupied the counting house and the maid told the king to go and wash his own clothes; sugar and spice was replaced on the menu by courage and ingenuity.

Kevin says, “I wanted to reinforce the vital role that traditional nursery rhymes can play in the development of children’s language skills but at the same time I wanted to have some fun with the patriarchal norms which often underpin these rhymes. So I invited our Tales for Toddlers friends to reframe them for the modern world and imagine different, more positive futures for their female characters. It was great fun – for toddlers and adults alike!”

Here’s a ‘before and after’ picture created by one of our very talented parents, who brings her daughter to Tales for Toddlers. The children’s ideas were just as clever and adventurous!