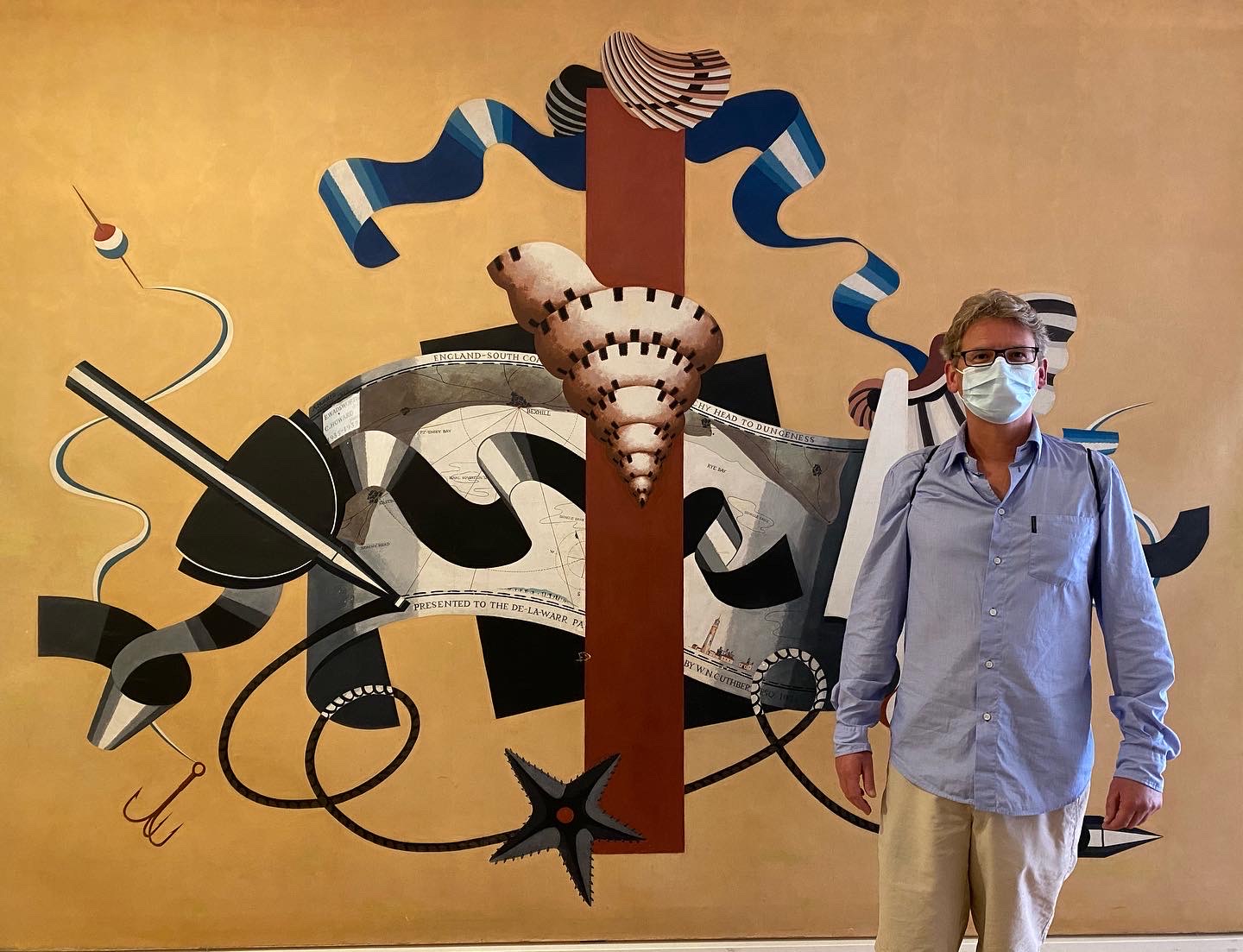 Today we had a visit from Toby Daffarn whose grandfather was Edward Wadsworth’s cousin.

Wadsworth’s “Bexhill Mural” was originally painted on the wall of the Cafe on the ground floor. A copy was made and can now be seen by the public on our first floor, opposite the lift.

Edward Wadsworth (1889-1949) was a close friend of Serge Chermayeff, one of the original Pavilion architects. Wadsworth provided the original study but, because of his commitments to designing a series of murals for the “Queen Mary” ocean liner, a young American artist called Charles Howard actually painted it on the wall.

Wadsworth’s work often used nautical themes and,  during the First World War, he was involved in transferring dazzle camouflage designs into ships for the Royal Navy.