A SPOTLIGHT ON: PERSEPHONE HOLDING A POMEGRANATE SEED 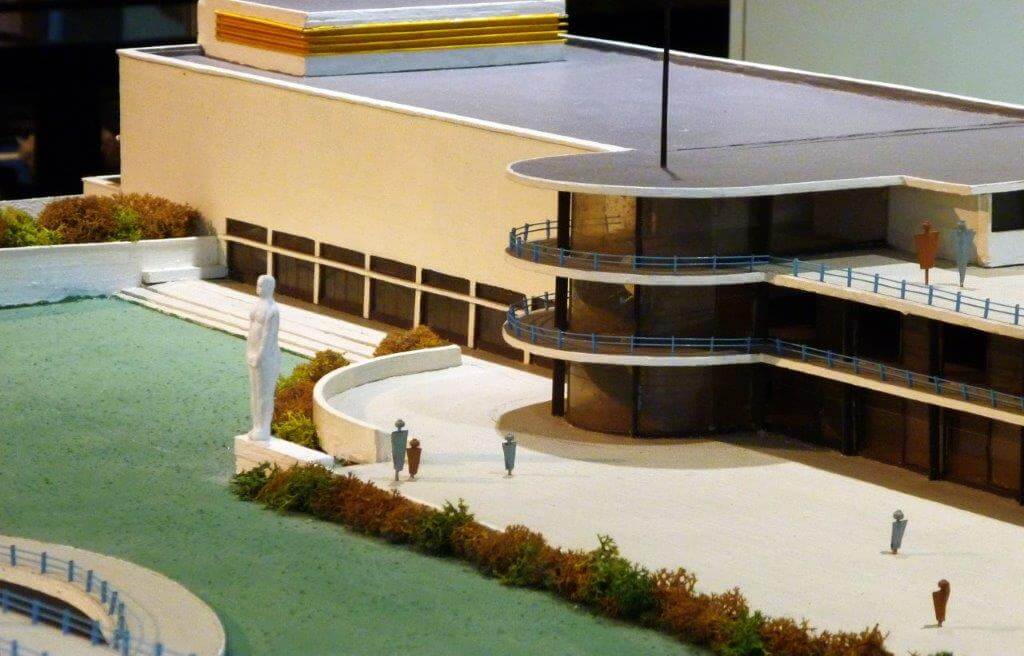 ‘I’ve always painted women, and to some extent female beauty…Like a lot of female painters, I’ve tried to suggest a “female gaze”, often by giving agency to the muse…’ Lucy Stein

One of the central female figures in our new exhibition, Wet Room, by Cornwall based artist Lucy Stein, is the Greek goddess Persephone, Queen of the Underworld and goddess of springtime. Depicted on hand-painted tiles and positioned on a pillar looking out to the sea, the work ‘Persephone Holding a Pomegranate Seed’ was created especially for the exhibition and shines a light on a little-known aspect of DLWP’s heritage.

The original design of the Pavilion included a 26ft high sculpture of Persephone by artist Frank Dobson (1886-1963) that was intended to stand gazing across the sea to Beachy Head. Dobson, is known as one of the outstanding figures in modern British sculpture, and was Professor of Sculpture at the Royal College of Art from 1946-1953. His style was influenced by artists such as Aristide Maillol (1861-1944), who redefined the classical tradition in Western sculpture with his allegorical and archetypal large-scale representations of the female form. Dobson was one of 30 artists commissioned to contribute sculpture by the organising committee of the Festival of Britain (1951). His sculpture of two nudes, titled ‘London Pride’, is positioned outside the National Theatre on London’s South Bank.[1]

Dobson was among several artists who were invited to submit their proposals for a ‘focal point’ on DLWP’s south lawn, including John Skeeping, Maurice Lambert, Jacob Epstein, Eric Gill and Henry Moore. Entries were judged by Professor William Constable, the first director of the Courtauld Institute of Art. A budget of £500 was allocated to cover the cost of the statue which subsequently escalated to £1,000 (around £75.5k today).

Following an outburst of opposition to the design and cost of the statue, the Council in Committee made the decision to defer its construction until the building and landscaping were completed in December 1935, to ‘get a better perspective of what was necessary there, if anything.’[2] Sadly, the commission never materialised, although Dobson’s maquette of Persphone was exhibited at the DLWP in the upper lecture hall (now the First floor gallery) in 1935. Today, the National Museum and Art Gallery of Wales hold a 64.3cm terracotta study of Dobson’s Persephone in their collection.

You can see what Persephone would have looked like at DLWP by visiting the original schematic model on display at Bexhill Museum. If you look closely, you’ll notice that two further elements of Serge Chermayeff and Erich Mendelsohn’s scheme did not materialise: the swimming pool at the Colonnade, reflecting the lido culture of the 1930s; and the redesign of the Colonnade and linking pergola.

Stein’s powerful depiction draws upon this unfulfilled commission of Persephone, evoking the genius loci or spirit of the Pavilion’s meeting point between land and water; and conjuring and reconstructing the memory of Dobson’s sculpture in the present.

Our galleries are open between 10am and 5pm from Wednesday to Sunday. 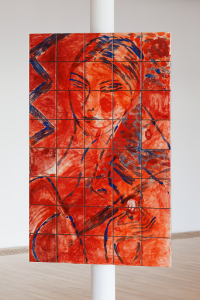