The Blueprint Collective artist Aimee Staples on the making of LIDO 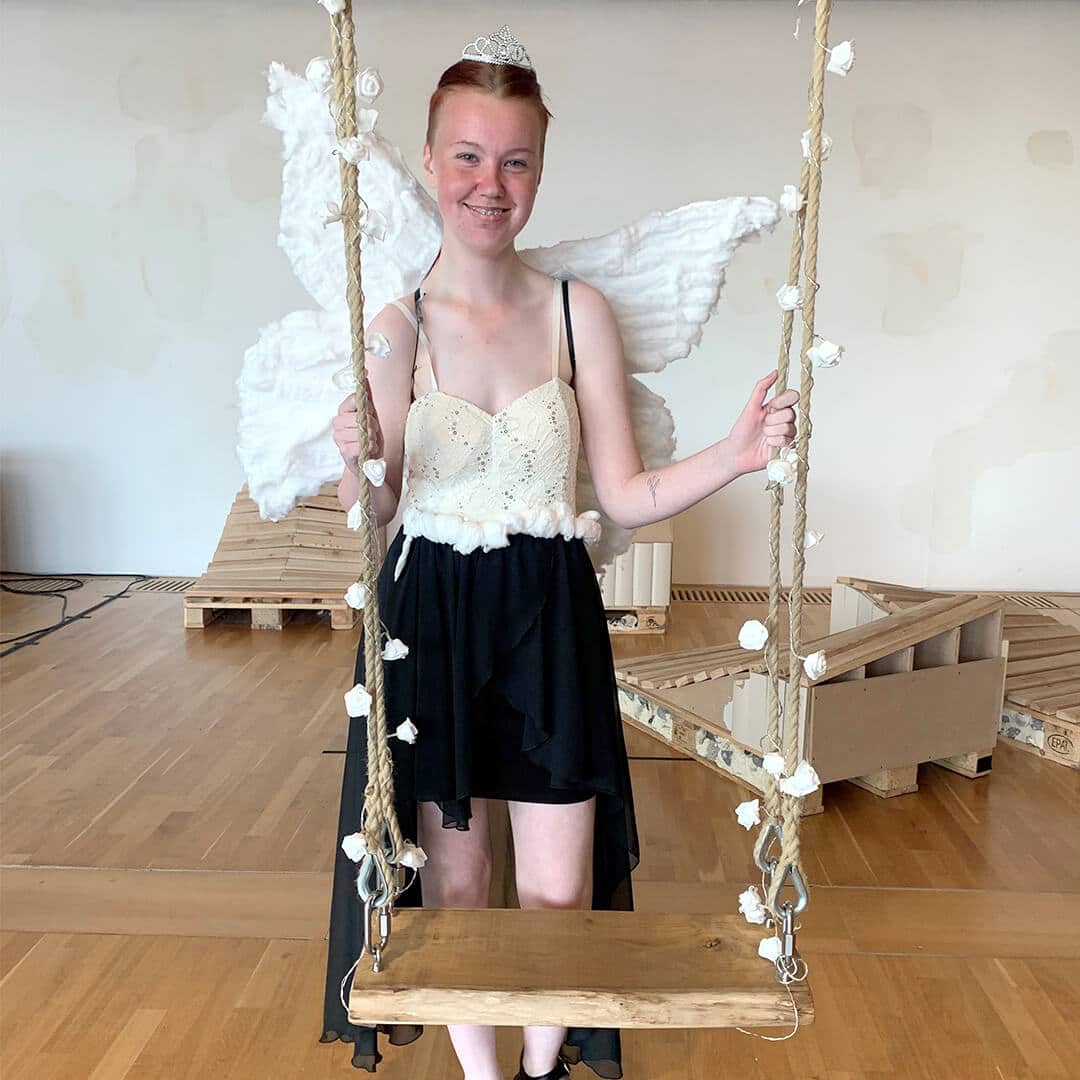 Last Summer, the Pavilion’s young people’s group, The Blueprint Collective, collaborated with students from Bexhill College and RESOLVE Collective in order to create the ‘RESOLVE COLLECTIVE: LIDO’ exhibition that was on display in our Ground floor gallery from 28 May – 4 September. The exhibition was conceived as a leisure space for Bexhill, and local groups were invited to use the space for their own programmes as well as participating in a dynamic public programme curated by the young people and the team at the Pavilion. Aimee Staples, a member of The Blueprint Collective, recently wrote a blog detailing her experience throughout the process:

Hello, my name is Aimee. I am a member of The Blueprint Collective, a group of young people aged 16-24 who are the De La Warr Pavilion’s youth collective. This year we were incredibly lucky to have the opportunity to work collaboratively with RESOLVE Collective in a series of workshops to help create the exhibition LIDO, which was displayed in the Ground Floors Gallery from May to September 2022.

Going into the workshops we really did not know what to expect. In the first session with RESOLVE they gave us a task to draw on napkins; we had 30 seconds to create some sort of design. This feeling of not knowing what was coming next continued when one of the first big questions we were asked was “What is a rock?” Then soon followed by “What is a chair?”. To answer this, we created Venn diagrams about what made a chair and a rock, and what was not a ch  air or rock. Things such as size, or design affected what we argued. These debates turned into statements which we wrote down. We at the time had no idea how these would be used, but in the exhibition, they were turned into quotes that were on the walls for people to read.

On the next workshop we went on an audio walk. RESOLVE taught us a lot about mapping and different ways of mapping. They talked to us about what an audio walk is and discussed what it would include. They asked us to write down all the places of importance to us in Bexhill. At first, we struggled to think of anywhere, but after a couple of minutes of discussion, memories came back, and we were filling the page. We then drew and mapped out these places and created a direct route for us to walk. We then headed out and started at the very place where we were, the De La Warr Pavilion. From there we went to the fountains, to the Sovereign Light Café (and listened to the song of course), Egerton Park, the Library, and our favourite charity shop. Interestingly we learnt RESOLVE thought gen z did not listen to CD’s which we all love! While going around we were all sharing stories of why we love these places and what they mean to us, while being recorded by RESOLVE. These recordings were later put into the structures and played at staggered intervals in the exhibition. The feeling of being able to hear our voices come out of the structures was surreal.

The following workshop was my favorite one. We got to go out to Bexhill and forage items from the local area. We split into two teams and went off in different directions to see what we could find. All sorts of items were found, including half of a bed from which we used the bed frame and even a bag of hair extensions. I think the group’s favorite item was a more radio sign, featuring Tom, Lou, and Jack. The team I was on even went door knocking, we asked people if they had anything they were throwing away that we could have for an art project, and everyone was very generous. Once we finished collecting our parts, we headed back through the park with everything and back to the pavilion.

We then were invited in to help build the structures that were featured in the exhibition. We got to try a technique called Flint Knapping; the aim is to chip the flint to manipulate the material. Flint is a material prevalent in Bexhill, the walls that surround the train station are even adorned with it. These flints were used in the exhibition to look like the waves of the sea and the material has conations with rocks that lie on the beach.

Another session was looking into the architectural design and measurements of the objects we found. We took all our different objects, measured them, and used a ratio to scale the size down so we could sketch them. This helped us to understand the objects more as well as start to think about how they could fit together into one final piece.

For our final session with RESOLVE we gathered all the materials we had foraged and our architectural drawings. We considered the area and the Pavilion and decided to draw on Bexhill’s famed past association with motorcar racing. Using every item we had, we created a car. It was incredible to see objects as something different and learn to use tools to sculpt them into other forms. This final creation was fittingly made on the last day of the exhibition to drive us into the future!

Once the exhibition was opened, we ran two Pavilion Lates nights. One held by the students from Bexhill College, and one by us (The Blueprint Collective). Our one was called Beyond Bloom, and it was targeting young people to welcome them into the exhibition space. It was an evening of dreamy surrealness with some fun activities as well as live performances from Paris Blue and Loula. I even got to perform one of my own songs! It was fun, and special to be able to do it in the space we helped contribute to.

In conclusion, the work we did with RESOLVE was amazing. I think collectively as young people we all agree we have never had an opportunity like it and feel lucky and honored that we got to be part of such an incredible experience.

Read more about The Blueprint Collective and their work here

To find out more about how join the group, please email dee.haughney@dlwp.com