Dear Serge is a FREE bi-monthly event at the De La Warr Pavilion showcasing the best in cutting-edge live music, performance and art.

All welcome, free parking on seafront and bar/cafe open. 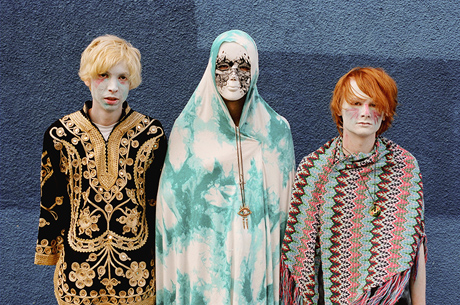 “One of the things that make Hypnotized so compelling is their refusal to stand still. Every gig they play a completely different set…one of the most promising bands in Brighton” Brighton Noise
http://www.brightonnoise.co.uk/interview/?p=73701 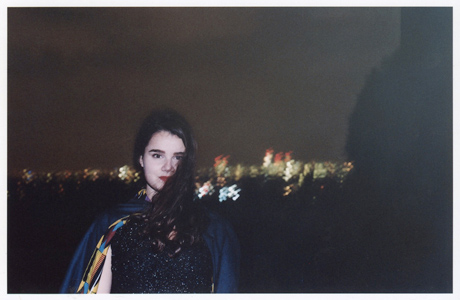 Anneka is a Brighton based vocalist, whose unmistakable vocal harmonies have already graced records by Forest Swords, Falty DL, Ital Tek and Lone, on labels such as Tri-Angle, Planet Mu and R&S, and seen her feature on a Mary Anne Hobbs BBC Radio 1 Live Session from the legendary Maida Vale Studios, alongside Starkey. Her recently released apocalyptic a capella ‘End Of It’ gives a taste of what’s to come in 2015.

Anneka will also play a 20 solo live set of her electronic alt-pop music project of the same name. Armed with drumsticks, sample pads, a keyboard, vocals and more. 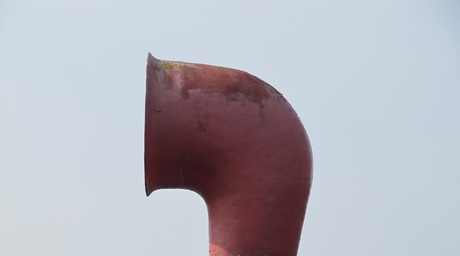 As part of an ongoing and developing national tour, Mary Hooper and Elise Liversedge have been exploring the heritage and legacy of Light Vessels, and the theme of ‘location & dislocation’. These ships were in effect, floating Light Houses in service from 1738 – 1989 to warn seafarers of the dangers of the shifting sandbanks off the coasts around the UK. Light Vessels are a little known about and important part of the Maritime history of the UK and the communities they served.
At Dear Serge the artists will present some of the works inspired by the sights, sounds and stories they have researched and collected over the course of the project: 2 performances by local singers conducted by John Langridge, of ‘The Light Vessel’ choral work commissioned by Elise & Mary in 2013 from Trevor Watts; a fun open singing workshop led by Claire Hamill to recreate the sounds of ship’s foghorns with the human voice, followed by a BLAST to the Sovereign Light Station from the DLWP balcony; and “Located” a red steel sculpture which references the construction and symbolic presence of the Light Vessel.

To take part in the Foghorning workshop please attend the rehearsal sessions which will be running at 11.30 or 14:00 on the day. Please sign up to be involved at the eventbright listing here: http://tinyurl.com/Laststationfoghorn 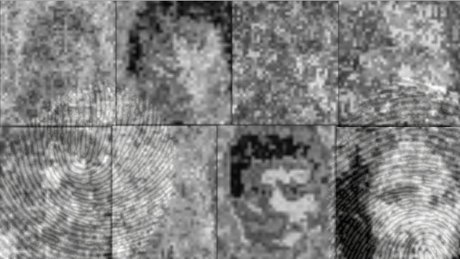 For Dear Serge Jamie will be presenting an interactive digital artwork, including a 3D HD projection installation. Installed across the main foyer and a second space this ambitious work explores Big Data, Surveillance, and the uses of these systems in contemporary society.

Custom 3D software has been developed for use in the project, in collaboration with Dr. Rob Scharein, a computer vision specialist based in Vancouver, Canada. 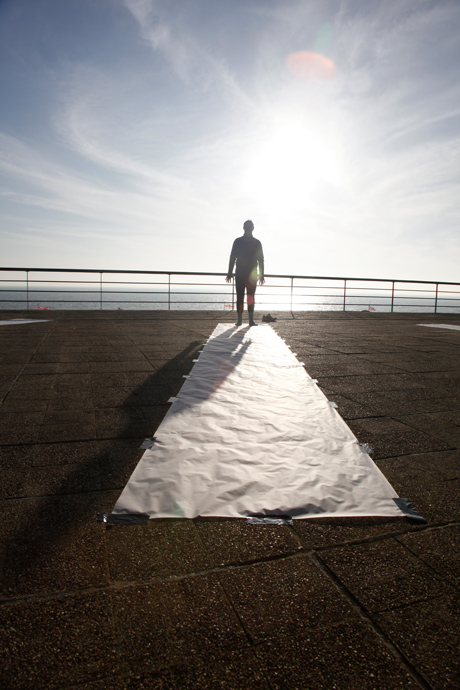 Joan Alexander studied Philosophy at Queens University of Belfast and the Institute of Philosophy KU Leuven, before moving to Brighton to
complete her Masters in photography. In her practice Joan uses philosophy, photography and drawing in equal measure. For Dear Serge the artist has been commissioned to use her Shadow Dial process to create a new work specific to the De La Pavilion. Working with shadows cast at various locations around the building, these investigations of time and finitude offer a delicate and beguiling way of examining the Pavilion and its occupants. 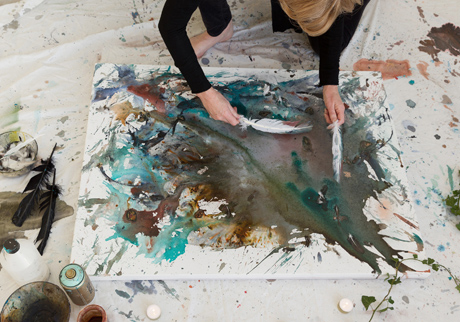 Venetia’s practice incorporates painting, sound, film and performance. She is drawn to multi-sensory and experiential work and her current practice encompasses activating unusual transition spaces. Staircases symbolise renewal and spiritual transformation and she accesses the underlying rhythms of them through paint and sound.

Using the powerful resonance of the North Staircase she will collaborate with live musicians to celebrate the Celtic festival of ‘Imbolc’. This marks the beginning of spring with its promise of renewal and release of hidden potential. The earth’s awakening will be evoked by the heartbeat of shamanic drumming and the artist will spontaneously paint in response to the music of Frances Shelley. 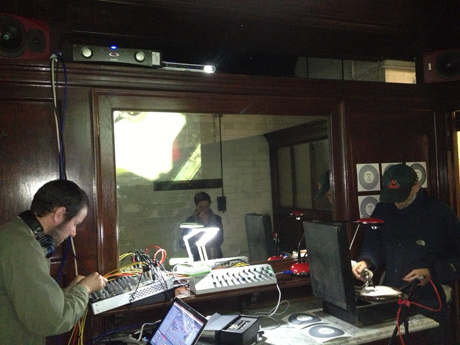 Over the past 12 years Strutton has been making a series of drawings using an old wind-up gramophone to produce facsimiles of 7″ records. recently this activity has developed into a performance in which the emphasis will shift from the product to the process, and focus more on the ritualistic aspect of making; a kind of séance in which Carbone and Strutton attempt to give voice to the information being inscribed on the paper.

John Strutton is an artist and musician living and working in London. Over the past few years Strutton has been working on a growing archive of short video works with soundtracks drawn from material recorded by Strutton’s band “Arthur Brick” and fellow musician Riccardo Carbone. In 1999 he formed the “The Band of Nod” which performed and exhibited at Camden Arts Centre, Reading Festival, Tate Britain and The Whitechapel Gallery. Recent solo exhibitions include “Grease Madonna” (2014) and “Opus Dopus” (2012) at Domobaal, London and “Donderslag” at Volta NY, New York (2009). Recent group exhibitions include “The Right Hand Gives, The Left Hand Takes Away”, Extrapool, Nijmegen, Netherlands (2013), “MK Calling”, MK Gallery, Milton Keynes (2013) and “Parkhaus”, Kunsthalle Dusseldorf, Germany (2008).

Riccardo Carbone is a musician and sound engineer living and working in Bristol. He writes and records his own material under the name of “Our Carbone” and has worked and mixed tracks with Bishi, Micko Westmoreland, Piper’s Son, Peter Harris & Lee Perry, Adrian Sherwood, Appleseed and Arthur Brick.

John is a professional ‘foley sound’ artist who has worked on some of the best known film and TV shows of recent times. For Dear Serge he will be demonstrating some of the classic techniques live, explaining some of the secrets of the trade and offering young an old the chance to join in and create sound effects for well know TV sequences.

You can view videos of past Dear Serge artists in Dear Serge presents…here at dlwp.tv