An evening of free live music, live performance and art. Visitors to Dear Serge will experience the best new thinking within contemporary music, the spoken word, sound and visual arts.

Dear Serge is an homage to the forward-thinking mind of Serge Chermayeff who the Pavilion proudly has as part of its history. It is a bi-monthly programme of diverse artistic practices, all experimental in nature and stemming from curiosity, which will be presented in every part of the building.

Extending the Pavilion’s commitment to interdisciplinary working, the Dear Serge events will champion groundbreaking and experimental artistic production from across genres and generations. The events will provide a unique opportunity to experience exciting and challenging art throughout our iconic building. This programme – to be extended over two years – is made possible by the generous support of the Esmée Fairbairn Foundation. 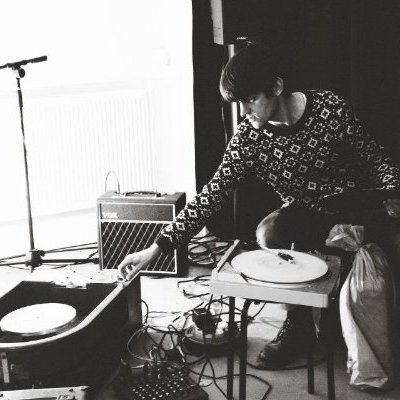 Dan Scott is a sound artist based in Kent. His work incorporates performance, field recording, text and composed listening. Recent projects include The Inaudible Archive for Tate Modern Families programme, On The Sonority of Clay at the Soundfjord Gallery and the Aurality workshop at the Royal Central School of Speech and Drama.

For Dear Serge, Dan will use a selection of ceramics and the architecture of the De La Warr Pavilion to explore Richard G Woodbridge III’s theory that clay pots record sound when being thrown by a potter. Dan will be aided by ceramicist Veronica Restropo 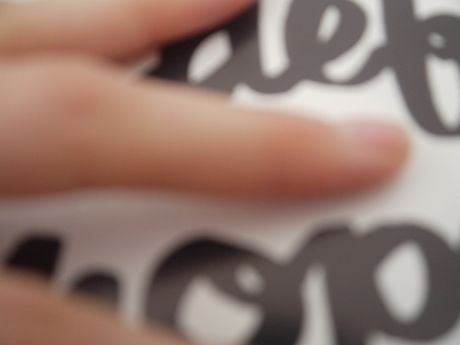 It’s Never too Late to Learn to Read Between the Lines is a movement and text based performance by Hollie Lewis. It explores how narrative can unfold in the often invisible and inaudible moments of the creative process, using live projection and amplified movement to highlight this.

Hollie is a Brighton based performance artist whose work often revolves around the relationship between dance and language. She is currently developing her research and practice at The University of Brighton, where she is completing a Master’s Degree in Performance and Visual Practices. 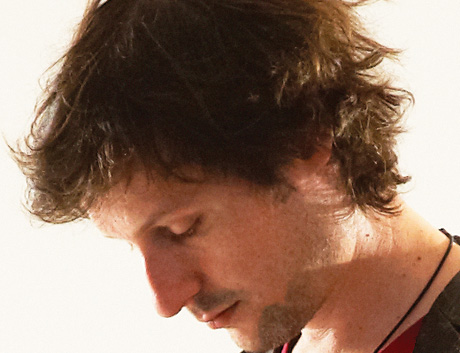 Hoofus performs and records electronic improvisations from the undergrowth of rural Norfolk, using fuzzy analogue aesthetics and FM synthesized unease to create visceral ritual rhythms smeared with restless feral yearning and the distant hum of moss covered machinery. Drawing on notions of ramshackle existence on the edges of the wilds, he attempts to express ideas of Arcadian alienation and backwoods neurosis. He has always tried to re-invigorate attitudes to live electronic music by performing in a very physical tactile way rather than hiding behind a laptop screen, and he embraces the instinctual instantaneous freedom of improvisation on clunky electronic hardware. 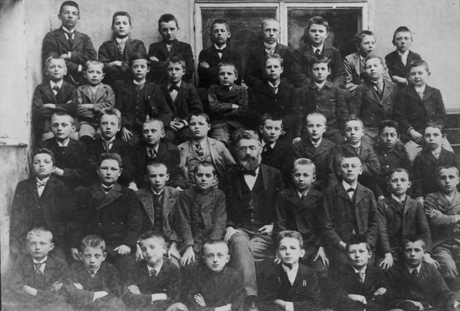 A process started by writing either observational anecdotes or research led articles and occasionally branching into experimental poetry, Patrick Goddard’s work develops into video and, on occasion, performance where the original writing is adapted or subverted. The films fluctuate between academic seriousness and playfully absurdity, between hypnotic calmness and deliberate aggressiveness – often utilising visual games or puns to offset sociological observances.

Without becoming politically illustrative, many works explore socio-politically loaded issues and although the topics discussed in the videos can be hugely wide ranging – from conceptions of evil to class politics, sociology to anarchy, the uncanny to the absurd – the works are linked via their tone or approach. Saturated with a sense of pathos, narratives undermine themselves with a self-defeating humor, calling into question the sincerity or authority of the narrator. With a minimal aesthetic, (few, if any edits and often plain text or still image) the viewer’s attention is directed to the video’s audio aspects: often spoken word, though music is occasionally used as a conceptual tool. 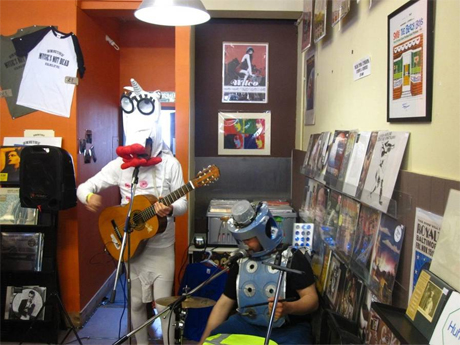 Unicorndad comes from the unsuccessfull relationship between a pony and a narwhale. It was a holiday romance. This could explain in part his romantic whimsy and lack of funds for the gas and electricity.

Robodad comes from a long production line all the way back to his ancestors, the wheel and the microwave. Their relationship was long distance and timeless on full heat and watched before the invention of television.

Unicorndad likes to think he is loving and friendly, but where is he? Is the proof in the pudding? He lives in a museum of his own nonsense craft objects and drinks tea like a Britisher circa World War 2. Being a bit horsey, he revels in athletic acts until his interest is gone, usually after about 20 seconds.

Robodad reads a lot. Binary is like mothers milk to a little goat to him.Stories and theories of human behavior tickle his fancies. Why only humans? What is so important about them? Maybe their delusions of self importance and all the japes that ensue like soap on the tongue. Function is his main protocol and function he does, so long as his AA battery lasts. 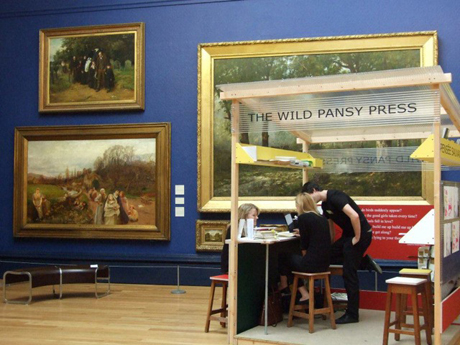 The Wild Pansy Press is a collective art practice and publishing house; our work explores publication in its widest sense as a way of making and a way of distributing art.

We have built up a catalogue of books and projects which challenge and extend the usual notions of the book format. Our first publications came from partnerships with artists and included short-run or hand-made editions. More recently, we have originated and developed new projects with a particular interest in using digital reproduction and extended print runs to produce publications for wider circulation and accessibility.

We want to break down the boundary between “Audience” and “Artist”; the book or magazine format allows for a very generous mixing and juxtaposing of forms and qualities and provides a platform where the work of experienced and well-known practitioners can be seen alongside that of newcomers, hobbyists and “amateurs”.

Our Portable Reading Room is a social sculpture centred on the activity of reading and the book as an expressive medium. Readers can interact with one another in an unfamiliar but welcoming space and, in a sense, put themselves “into” the imprint.

We hope the result will break down barriers between Literature, Writing and Art and, in the process, extend participants’ and their audiences’ understanding of what these forms can offer.

For our visit to the DelaWarr Pavilion, we will temporarily re-site the Wild Pansy Press office in the Portable Reading Room and work on a special publication exploring the Pavilion with contributions from Gallery visitors. We will put the publication together during the day and have a “book launch” in the evening. We will also be inviting some of our past contributors to come to Bexhill for impromptu readings, talks and performances.

Serge Chermayeff (1900-1996) was the partner architect of Erich Mendelsohn for the Pavilion and responsible for most of the interior design, including the spectacular ceiling of our auditorium, which in the 30s was the height of technology in terms of acoustic science.

Serge was a true polymath. He was an architect, designer, thinker and prominent educator who both influenced and mingled talent from varying disciplines to demonstrate the invigorating possibilities of synthesising art and science. Born into a wealthy family inGrozny(nowChechnya) he was sent toEnglandfor education but never received a formal training in architecture due to the loss of family fortune during the Russian Revolution of 1917. Despite this lack of formal qualifications, he became one ofBritain’s most admired inter-war architects and designers, and a leading figure in developing British Modernism. Joining many other European intellectuals like Gropius and Moholy-Nagy, Chermayeff relocated to theUnited Statesin 1940. It was there that he started the second part of his career as a prolific writer and teacher in both architecture and design at San Francisco Art Institute, Chicago Institute of Design, MIT, Harvard and Yale.