Ian Breakwell: Keep Things As They Are

Ian Breakwell (1943-2005) was an artist and writer; a man with an eye for seeing the extraordinary in the ordinary. Best known for his Diary project which he maintained throughout his career, Breakwell was determined to be recognised by the widest possible audience through his use of a diverse range of media: from painting to film, videos, television, text works, photography and writing. Keep Things As They Are will be the largest retrospective exhibition to date and all aspects of his work will be presented, including works rarely or never exhibited before.

Breakwell has a long association with the De La Warr Pavilion; this exhibition marks ten years since his celebrated film commission The Other Side (2002) and he was the inspiration behond the inaugural exhibition Variety for the Pavilion’s re-opening in 2005.  Tragically, Breakwell died the day that the Pavilion re-opened. 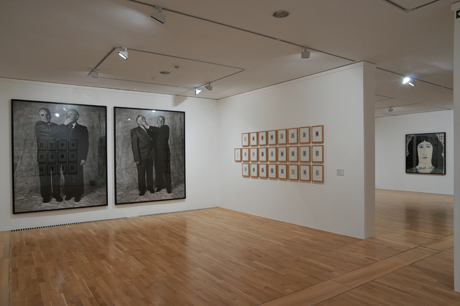 The exhibition will comprise fifty works in all media spanning his career and will be presented in  both gallery spaces. In Gallery 2, The Other Side (2002) is a double-screen video installation which used the architecture of the Pavilion as both its backdrop and subject. Accompanied by a gentle sound track of the sea,  overlaid with a fragment of Schubert’s Nocturne in E Major, it is a slow motion of elderly couples from the local community waltzing on the balcony against the sunset. The film has been described as ‘utterly compelling’ and ‘incredibly beautiful that you are lulled into a state of hypnotic inertia’. The work was later acquired by Tate and has been exhibited nationwide. 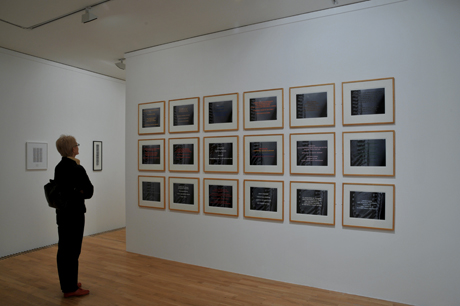 Central to Breakwell’s work is the Diary. From the 1960s on, he developed an extraordinarily rich visual interpretation of the diary format with components of text, drawing, photography, film, video, television, performance and publications. Some of these works are on a very large scale and one of the highlights of this exhibition is the 1974 Diary which will be shown in its entirety for the first time.

Ian Breakwell was one of the most significant British artists of his generation. He was at the forefront of the avant-garde scene in 1970s’Britainand dedicated his career to experimenting and developing this new interdisciplinary language, which has had a direct influence on generations of British artists and reflects the ethos and ambitions of the De La Warr Pavilion’s artistic programme.

Ian Breakwell – The Other Side Print is available from our shop. £150. Click here to buy. 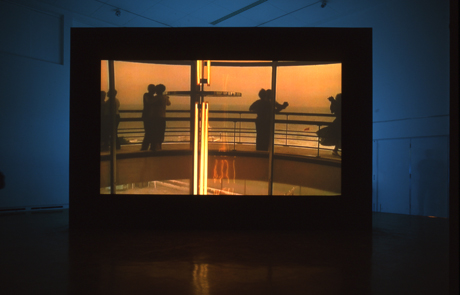 Galleries are open every day from 10am.
Admission Free, suggested donation £5.
To find out how to make a donation or support our work click here.