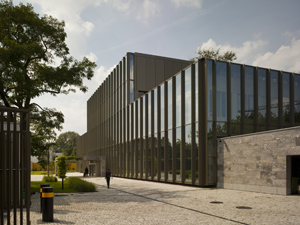 Selected by the architectural historian Alan Powers at 25 year intervals since the foundation of the Royal Institute of British architecture in 1834, the eight buildings included in Mind into Matter illuminate architectural practice throughout this 175 year period. Each building has an intriguing story of patronage, revealing the motives that have caused exceptional buildings to come into being for symbolic as well as practical reasons. From Charles Barry’s opulent Reform club, built for the Whig Party and influenced by his visit to Italy on the Grand Tour in the early 1800s to the Smithson’s assertion of the ‘New Brutalism’ in their 1959 design for the Economist Group, in each case the architects have held a passionate commitment to a particular way of designing and building.

Through the inclusion of a timeline that points up important social, political and cultural events of the past 175 years, Alan Powers has provided us with a broader, global context in which to understand the buildings that he has selected.

The Principled Buildings are:

Although completed six years after the foundation of the RIBA in 1834, the Reform Club owes its origin to the Reform Act of 1832 and the same impulse of liberal improvement that caused architects to join together in a professional body. Charles Barry, the architect of the new Palace of Westminster, perfected the Italian palazzo as a model for a complex modern institutional building, with the first glass-covered atrium in London added as an afterthought. The classical detailing was rich and correct, but equally interesting are the building services – heating, ventilation and lighting.

The Oxford University of Natural History,
architects Deane and Woodward, 1854-60

Home to dinosaurs and the world’s only dodo remains, the Oxford University of Natural History was a controversial building at a time when Darwin and other naturalists were challenging accepted beliefs. Sir Henry Acland, a friend of John Ruskin, believed that Britain’s science education was neglected, and the museum building, which also housed laboratories and lecture halls, aimed to bring the University up to date. That this should be done beneath mediaeval arches and roofs was a paradox of the era, but seldom has so much passion gone into a building. The columns are an encyclopaedia of British building stones and the Irish carvers, James and John O’Shea, cut animals, birds and plants into the capitals and window surrounds, to Ruskin’s delight, before being dismissed for ‘defacing’ the building. The iron and glass courtyard roof aimed to recreate Gothic forms in modern materials and today the building continues to delight students and visitors with its playful seriousness.

The largest country house by the architect whose career began by building Red House for his friend William Morris, Clouds was commissioned by Percy Wyndham and his wife, leading members of the late Victorian group, ‘The Souls’. Lovers of art and high-minded sensualists, the Souls helped to temper the severity of Victorian beliefs with humanity. Webb’s architecture spoke of quality in workmanship and design that avoided the trap of stylistic copying, while still evoking the past. His decorative details drawn from plants and birds, showed his tender side. When the main house burnt down, the Wyndhams congratulated themselves on having employed a socialist designer, because the servants’ quarters into which they moved while rebuilding took place were so comfortable.

The year 1909, with the high tide of Imperialism breaking on the rock of Lloyd George’s social reforms, was a confusing time in architecture. We have chosen a building that aimed to be timeless, representing the culmination of the Gothic Revival of the previous 100 years, but equally a design full of new ideas about the relationship between East and West, between the deep past and the eternal present. Sir Ninian Comper believed that a church should bring people to their knees when they entered. For him, beauty led to holiness, and few people resist the singing light of St Mary’s interior, culminating in the gold and blue elaboration of the high altar and screens. Equally significant is the way that the worship space was planned to follow ancient doctrine, but at the same time to involve the whole congregation.

What better way to exhibit a building than to be inside it? The De La Warr Pavilion conveniently marks the centenary year of the RIBA, representing the newest architectural ideas of the time, brought to Britain by Mendelsohn whose German work was already world famous, in partnership with the Russian born Chermayeff, lifelong propagandist for a social understanding of designed space. The modern style of the design was an airy frame for human activities and a viewing platform for sea and sky, with its famous staircase more theatrical than the adjacent theatre. Since 1934, the Pavilion has remained controversial and but increasingly it has convinced a sceptical public to share Lord De La Warr’s belief that certain forms of design can create the identity of a place and make life more vivid.

Should we look at buildings, or the spaces between them? This question engaged the husband and wife partnership at the centre of The New Brutalism, the revisionist movement in modern architecture that was centred in London in the 1950s. For Geoffrey Crowther, the Chairman of the Economist, the opportunity to build a magazine office in the heart of ceremonial London became an exercise in thinking about the city of the future: not a futurist dream of elevated motorways but a place where the pedestrian wove through quiet side streets and enjoyed the contrast of old and new. The Economist buildings symbolise a moment of transition, looking forward to today’s condemnation of the private car and our belief in the importance of public space.

Over 175 years, Britain has had a patchy record of official building commissions apart from the high period of 1950s schools, 1960s universities and selected housing projects. In the Thatcher era, public service was threatened by privatisation. Unlike British Telecom, the Royal Mail still survives in its old form. This building, still in its original use, was part of a national programme of modernisation in response to the introduction of post codes, and stands out for its exciting visual forms and thoughtful solutions to human as well as technical problems. The architects, based in a Buckinghamshire village, were admired in the profession out of proportion to the volume of their work for their meticulous analysis of users’ needs and their direct handling of materials. The MLO married a solid blockwork base to a high tech roof, representing the shift in British architecture towards lightweight components and cladding, designed in collaboration with the engineer Mark Whitby.  In 1984, when modern architecture came under attack from the Prince of Wales, these architects’ record of humane care and visual invention could withstand any criticism.
Images courtesy of www.arcaid.co.uk

How to represent the resurgence of British architecture in the past 25 years though a single project? Like Philip Webb, Tony Fretton is an ‘architects’ architect’. He avoids producing eye-catching ‘icon’ designs, and has provided a moral compass for younger generations since the 1970s as one who resisted the allure of post-modernism and high tech. His work reflects the orientation of a significant section of British architecture towards European intellectual acuity, where the cultural values of architecture are less undermined by commercial and populist pressure than in Britain. Many British practices have achieved their best work in Europe since the 1980s, and the Warsaw Embassy, while commissioned on this side of the channel, represents the high standing of British design abroad, embodying some of the values of individualism and invention explored through the sequence of eight buildings. 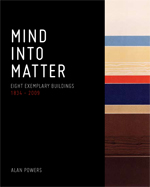 There is a special book created to accompany the exhibition and written by the Curator, Alan Powers. This can be purchased from the De La Warr Shop for £7.50 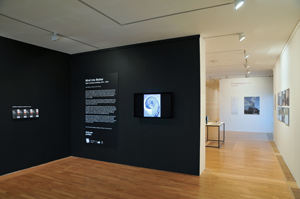 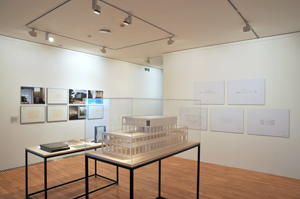 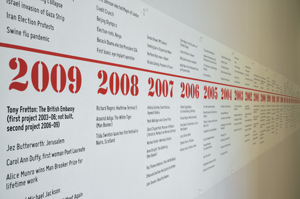 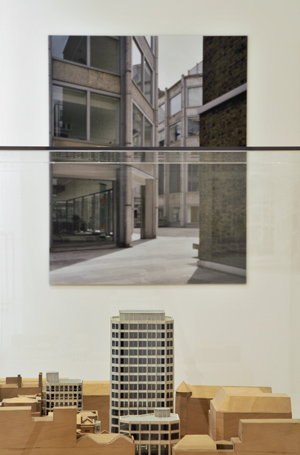 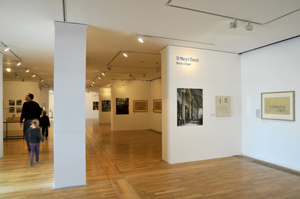 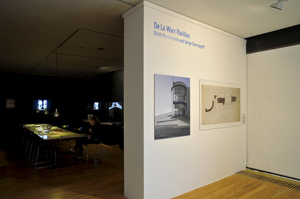 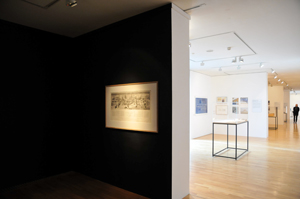 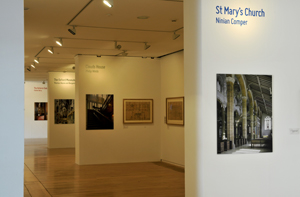 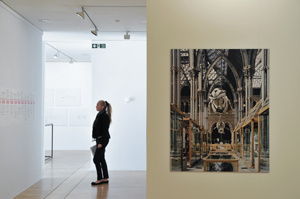