Myth, Manners and Memory: Photographers of the American South

Fuelled by photography, film and fiction, the mythology of what we identify as the “American South” has grown and entered into the collective imagination.

Combining historical and contemporary work, the exhibition brings together a number of prominent American photographers including Walker Evans, William Eggleston, William Christenberry, Carrie Mae Weems, Alec Soth and Susan Lipper.  These artists have, in various ways, engaged with the physical and psychological landscape of the American South and its place in our psyche.  By striving to represent the ‘’Mind of the South” in their work they often reflect the unique cultural values of this highly charged American region. 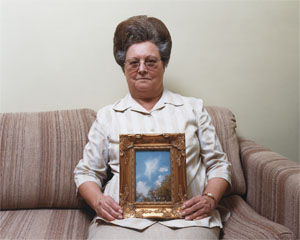 Alec Soth, Bonnie (with a photograph of an angel),
Port Gibson, Mississippi, 2000
Courtesy of the Artist and Magnum

Walker Evans’s iconic images made for the Farm Security Administration between 1936 and 1938 have had a powerful and long-lasting resonance, not only for generations of photographers, but also in the broader popular understanding of an era that defined the word Depression. 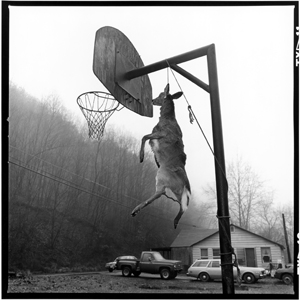 Susan Lipper, Untitled from the Grapevine Series, 1988-1992
Courtesy of the Artist

Much of the work stems from the artists’ deep investment in the particulars of place and history: from William Eggleston’s seminal colour photographs (Southern Suite 1981) to William Christenberry’s memories of Alabama, Susan Lipper’s visceral photographs from Grapevine Hollow, West Virginia, and Carrie Mae Weems’s life-long exploration of African American experience ( The Louisiana Project 2003) The most recent works are selected from Alec Soth’s celebrated series Sleeping by the Mississippi, a quest journeying the South’s meandering arterial river. 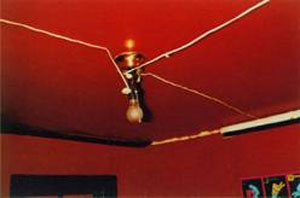 Myths, Manners and Memory : Photographers of the American South does not set out to define the American South but explores what is perhaps indefinable –  the cultural complexities and tensions, the constant but unresolved dialogues between past and present, and the varying material patterns of everyday life in the South that might, however elusively, constitute its sense of identity.

For this season, Gallery 2 is transformed into a cinema showing a series of films about the American South, ranging from Deliverance to Gone With The Wind  as well as a number of documentaries. Click here for a full list and schedule of films.

Buy Season Ticket for only £35

This exhibition is the result of a curatorial collaboration between the De La Warr Pavilion and Photoworks.

Myth, Manners and Memory Photographers of the American South is guest curated by Photoworks http://www.photoworksuk.org/