Patti Smith: An Evening of Words and Music with Patti Smith 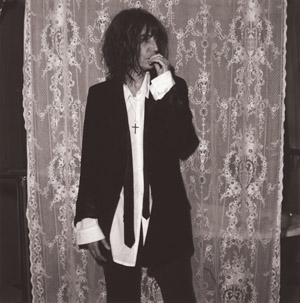 An Evening of Words and Music with Patti Smith

In an intimate evening of spoken word and music, Patti Smith will also be joined on stage by her daughter Jesse.

Pattti Smith’s career spans 40 years from when she arose as a highly influential member of the US punk rock scene in th 1970s. Along with the highly innovative and influential group Television, the trio opened up a restricted music scene that centered around CBGBs in New York City.

Fusing punk rock and spoken word poetry, Patti Smith’s 1975 debut album Horses is often cited as one of the greatest albums in music history and a major landmark of the New York Punk scene. Talking of the album, Allmusic’s William Ruhlman said that it “isn’t hard to make the case for Patti Smith as a punk rock progenitor based on Horses” while REM’s Michael Stipe says it “tore my limbs off and put them back on in a whole different order.” In the same year of its release, Patti Smith was awarded the Academie Charles Cros, Grand Pris du Disque Award in France for the recording of Horses. The cover photo, taken by artist Robert Mapplethorpe was to become one of rock music’s most iconic images. 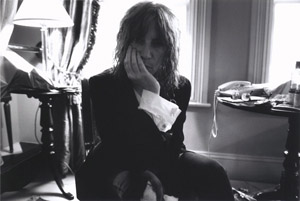 Smith has just won the National Book Award for her book Just Kids, which tells of her growth as an artist and her friendship with Mapplethorpe when she first arrived in New York in the 60s.

Patti is also the author of Witt, Babel, Wool Gathering, The Coral Sea, and Complete, a catalog of lyrics, photographs, illustrations, original artwork and reflections. A volume of poetry, Auguries of Innocence, was published in 2005 for Ecco Press/Harper-Collins. 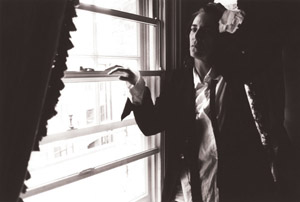 Patti Smith’s drawings have been exhibited at the Robert Miller Gallery in New York, the Museum Eki in Kyoto, the Pompidou Center in Paris, and the Museum of Modern Art in New York.

Aside from recording, performing, working as an artist and writing, Patti is strongly involved in social issues and continues to participate in various human rights organisations.

There will be no support for this event.

The Bar will be open for post-show drinks for ticket-holders only.

For bookings and information call the Box Office on 01424 229 111 or book online by clicking the green button.