Shaun Gladwell: Cycles of Radical Will

Shaun Gladwell’s solo exhibition Cycles of Radical Will is the Australian artist’s largest in the UK to date.

The exhibition embraces flux and transformation, reflecting the changing seasons during the exhibition. Over the course of five months, works are exchanged to offer a sequence of windows into Gladwell’s artistic practice, unconstrained by the limitations of a single exhibition project.

For Cycles of Radical Will, Gladwell speculates on the creative conflict within various cultural practices and traditions. These conflicts take the form of ‘battles’ – between beat-boxers and urban dancers, skateboarders and BMX riders, and (Mod) scooter enthusiasts and (Rocker) motorcycle riders – and ultimately between the extreme sports athlete and gravity itself. Tension between these opposing and often complementary practices is the force that drives groups towards innovation or oblivion.

Mini Ramp Intersection (2013) – located on the Roof Terrace – will function as a skate ramp and encourage its users either to joust with one other or calculate their movements to avoid a crash. This work, along with an extensive programme of events, will allow audiences to participate on numerous levels throughout the exhibition. The events will include poetry workshops offered to motorcycle enthusiasts, late-night rooftop skateboarding sessions, film screenings, and flatland skateboarding/BMX jams.

Click here to book a session on Mini Ramp Intersection (2013) 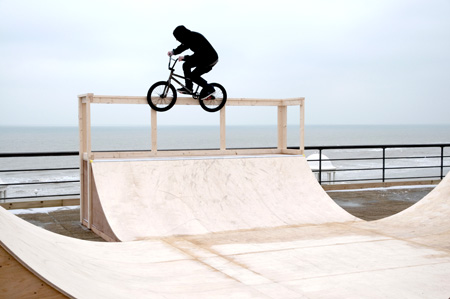 Cycles of Radical Will extends the artist’s interest in mythological figures and cultural stories, this time drawing upon those specific to the local area. The figure of Jack-in-the-Green, celebrated inHastings every spring, appears in a series of videos that depict Jack riding vehicles through a variety of environments. At times, the ‘spring’ figure of Jack-in-the-Green transforms into the early twentieth century fictional representation of ‘winter’ Jack Frost. Jack is not a recognisable individual but a representation of characteristics within the human psyche. The fictional status of the figures are then ‘grounded’ in activities such as motorcycle riding – an activity that itself spawns a sub-culture of followers. 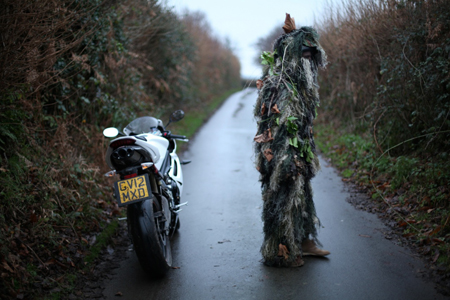 This exhibition is commissioned by the De La Warr Pavilion.

It will be accompanied by a major publication, the most comprehensive monograph on the artist’s work to date. The publication is made possible with the support of the Australia Council for the Arts.

A Limited Edition print of BMX Channel is available from our shop and online here. 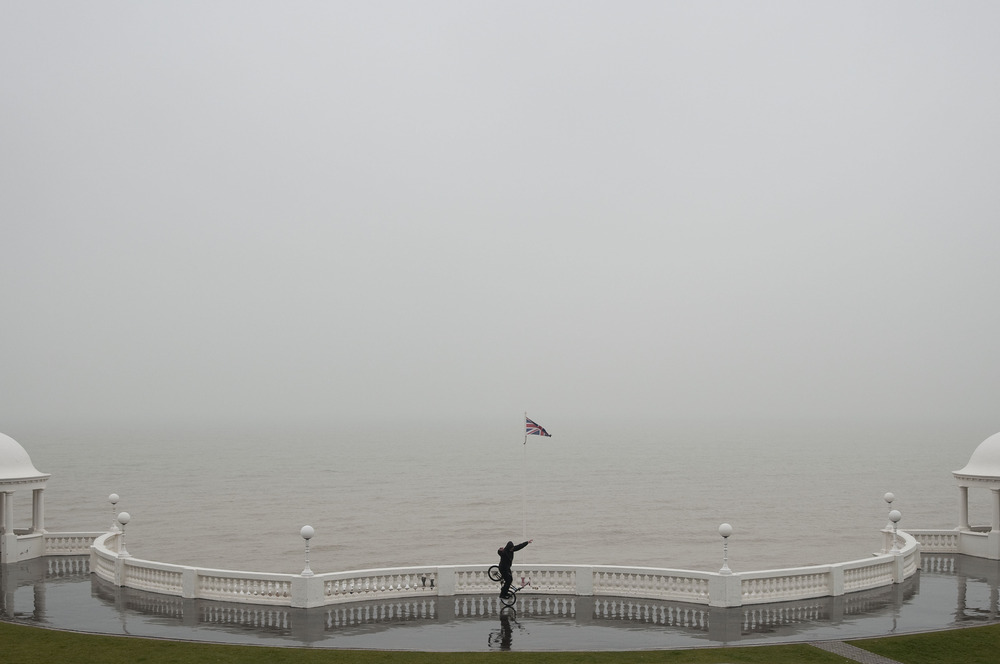 Shaun Gladwell’s practice critically engages personal experience as well as wider speculation upon art history and the dynamics of contemporary culture through performance, video, painting, photography and sculpture. His works engage these concerns through forms of urban expression such as skateboarding, hip-hop, graffiti, BMX bike riding, break-dancing and extreme sports.

His projects in video have made discursive links between historical models and an understanding of the body in space such as the flâneur and contemporary cultural figures such as the skateboarder, the motocross rider, the freestyle BMX rider, the graffiti artist, the free-runner and other physical and street performers. As this ongoing investigation of spatial articulation has deepened and gathered momentum, it has begun to more closely inform and be reflected in the installation structures of the work itself, with an increased experimentation with multi-channel formats and architectural features as projection surfaces.

Gladwell’s work also experiments with certain traditional or established representational genres and concepts. For example, the genre of the romantic landscape and its association with traditional concepts such as the sublime is handed over to – or co-opted by – contemporary practices such as skateboarding or break dancing. However, his practice does not attempt to either simply update or recuperate traditional models. On the contrary, the traditional model and current cultural practice cross-infect each other, nor is the continued use of ‘street’ or ‘subcultural’ activity directly claimed within the category of ‘art’. Rather, the popular projections of such cultural activity are both destabilised and transformed. The fast and furious MTV jump-cut editing of these popular representations are resisted through the use of slow motion and ambient soundscapes. The results are poetic, hypnotic and meditative representations that open the represented activities themselves to a wide range of readings not immediately associated with either their sources or my apparent subject matter.

Gladwell’s work is held in significant public and private collections in the UK,Australia,USA, The Netherlands and Japan.