Suede, Suede, what can we say about tricky, dark Suede?

Instigating Britpop with their debut single The Drowners in 1992… Crashing the BRITS in 1993 with an electrifyingly antagonistic performance of Animal Nitrate… Disowning Britpop with their ludicrously grand, tragic second album Dog Man Star in 1994… Propelling the twisted androgyny of their live show and newly-recruited 17 year old boy wonder Richard Oakes to the world in 1995… Retreating, galvanising and winningly unleashing the sheeny pop majesty of Coming Up (“Our record to do your hair to” – Mat Osman) against all odds in 1996… Reeling in the hits in 1997… Plugging their sound into a live power outlet with Steve Osbourne to make the electronic-influenced Head Music in 1998…Descending into illness and addiction in 1999…
It almost stopped with the nineties. But it didn’t…

In 2010 they returned to settle unfinished business by triumphantly peacocking all across the Royal Albert Hall before taking their completely rejuvenated live show across the planet’s festivals (“…Suede rounded off the festival with the kind of gloriously celebratory set that shits over every other band on the billing” Lisa Wright’s review of Latitude 2011). Feeling that they’d taken the nostalgia-charabang as far as they ethically could, Suede then entombed themselves in the studio for all of 2012 and erupted from it so confidently that 2013’s Bloodsports album stockpiled directly into the top 10 and they were off again.

2015 has so far seen them crowned Godlike Genius’ at the NME Awards and with murmurings of another ambitious record this year as well, it doesn’t feel like Suede will be halted any time soon.

Age suitability: U14s to be accompanied

Happyness are confirmed as the support for Suede. 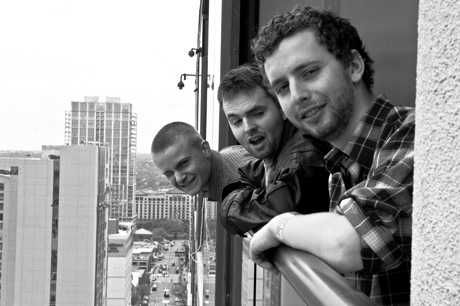 Train:
We are 5 min walk to Bexhill station for last trains to Brighton/Hastings/London.

Please check train times for summer timetable. At the time of writing the train times are :

Taxi:
For taxi service call Parkhurst Taxis on 01424 733456
Taxis can take you to Battle (15 mins drive) for fast train from Battle to Waterloo East or Charing Cross.

Car:
Free parking along the sea front and in the Rother District Council car park next to the Pavilion after 8pm

A list of B+Bs in Bexhill and Hastings can be found here : www.discoverbexhill.com