Television were one of the most innovative bands to emerge from New York’s underground scene of the mid-70s, creating an influential new guitar vocabulary. Guitarists Tom Verlaine and Richard Lloyd didn’t quite follow the accepted rock structures for improvisation – they removed the blues while retaining the raw energy of garage rock, adding complex, lyrical solo lines that recalled both jazz and rock. With its angular rhythms and fluid leads, Television’s music always went in unconventional directions, laying the groundwork for many of the guitar-based post-punk pop groups of the late ’70s and ’80s.

Nearly 14 years after their breakup, Television re-formed in late 1991, recording a new, self titled album for Capitol Records. The reunited band began its comeback with a performance at England’s Glastonbury summer festival in 1992, releasing ‘Television’ a couple of months later. The album received good reviews, as did the tour that followed.   In 2007 Lloyd left the band and they were joined by Jimmy Rip who had played with Tom since 1981 on all his tours and recordings.

This new line-up has since performed in the USA, throughout Europe including the UK and Eire, Brazil, Argentina, Chile, Uruguay, Japan, Korea, Australia, New Zealand and China

They have recorded a new album which is said to be ‘half-finished’.

Hannah has been performing all over the World and released four albums as a duo since 2010. She has played venues from the Royal Albert Hall to the Greek Theatre, LA, and the Ryman Auditorum. Now she is going solo and is due to release her debut album later this year. 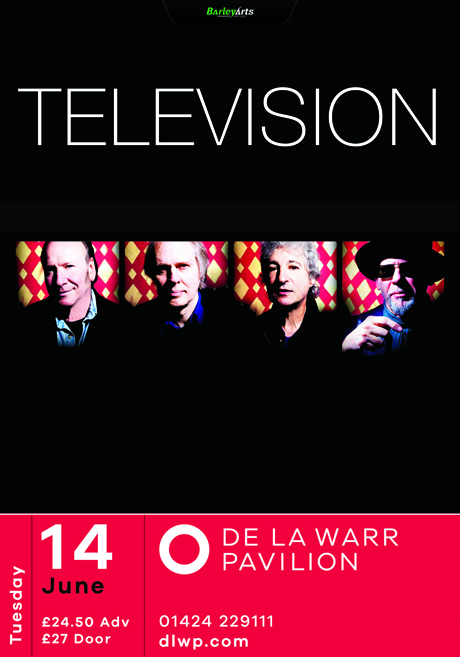 Book
DLWP and Hastings traditional Jack in the Green present: