Union Music Store presents an afternoon/evening of free live music on the bandstand outside the De La Warr Pavilion.

Terrace bar will be open. 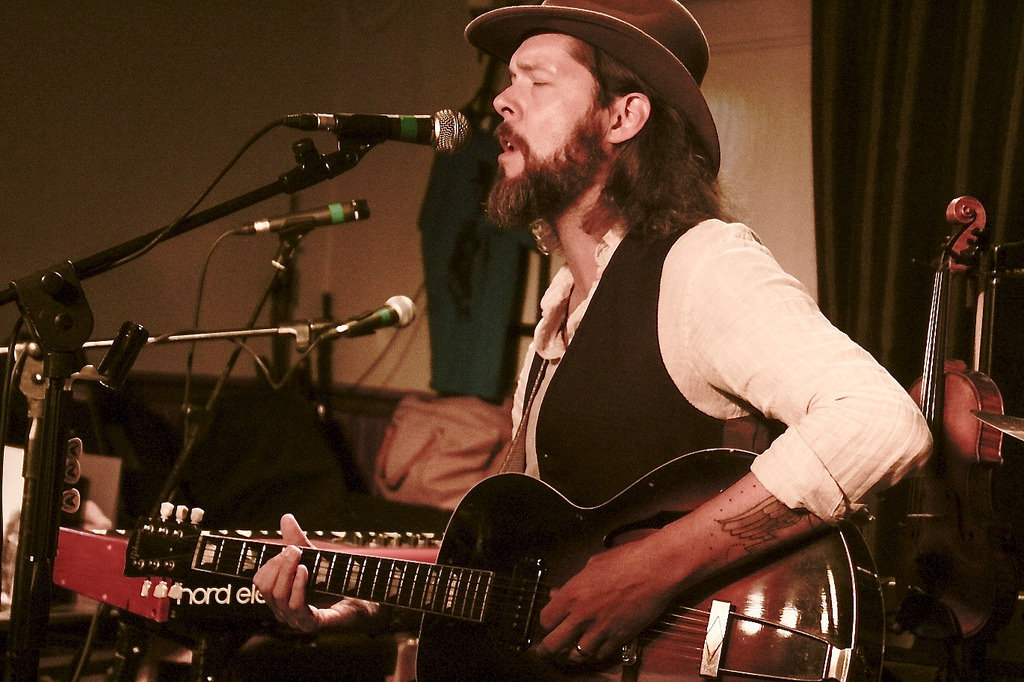 Born and raised in the Great North but living these days down in the Southland with a steady mind and a thoroughbred plan, Mike writes soul wrenchin’, riff bustin’ songs that will make you want to share the tale of his life’s journey and the lessons he’s learned.  This winding road leads from England to Europe before jumping the Atlantic to New York, detouring way down south to Memphis and New Orleans via Clarksdale Mississippi and Nashville Tennessee, soaking up every scent and sound along the way before fetching up on the shores of Sussex with a lifetimes worth of tales to share.

Mike takes listeners on a uniquely detailed and image packed history tour of the history of the music of the music he loves to play, beginning in the Mississippi Delta at the beginning of the 20th century and finishing up right back in the present moment with his powerful emotive voice and intoxicating virtuosic guitar playing carrying you every inch of the way.

The Self Help Group 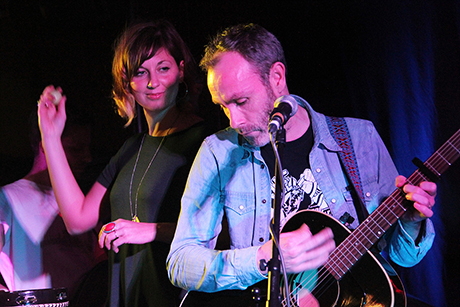 The Self Help Group inhabit the musical spaces  between folk, americana and indie. Always at the core of their sound though, are their stunning trademark 3 part harmonies which first came to attention on 2013’s critically acclaimed “Not Waving But Drowning”.

The band formed in 2009 when songwriter Mark Bruce decided to clean 10 years of dust off his old 12 string guitar and start writing some songs, recording initial demos in his darkened loft space in brighton.

Initially aided by good friends and aquaintances, some live shows followed and were backed up by 2 E.P’s, Tillie’s Dream and Phoenix.

Aided by the formation of a more solid line up, 2013 saw the band sign to the Union Music Store label and release their “Stunning debut album(Maverick 4*)”, gaining fantastic reviews and national radio play(“Absolutely wonderful,Bob Harris Radio 2”).

On 6th November 2015 they release “Dead Stars”, their second album displaying a more powerful, band driven sound, born from the energy of live performances and reflected in a darker lyrical subject matter, whilst retaining the beautiful harmonies from their previous work. 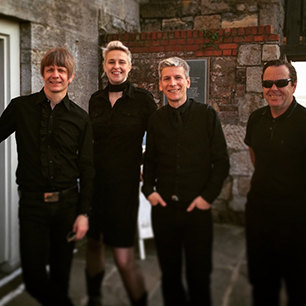 The Jamie Freeman Agreement are the UK’s very own Americana virtuosos (Spiral Earth). With 100 Miles From Town they set about defining English Americana (FATEA) with a mix of styles embracing folk, country and echoes of the 60’s. Delivering a robust and thoroughly competent collection of roots-rock anthems (Americana UK) they are a prime example of how we can compete over here with the best over there (Three Chords & The Truth).

They are signed to the Union Music Store record label, and have released two albums with a third on the way. In 2015 and 2016 The Agreement backed Nashville singer Angaleena Presley (PISTOL ANNIES) on her full-band shows, including the main stage at Cambridge Folk Festival, The Borderline and Bush Hall. 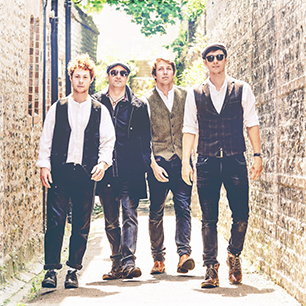 Noble Jacks are a rip-roaring Alt-Folk band with roof raising energy, whose warm electro-acoustic interactions fuse together a mixture of folky footstompin’ rhythms and engaging lyricism. The band encompasses heartfelt, yet uptempo songs showcasing fiddle, blues harmonica and big anthem toplines. Noble Jacks have a relentless gigging schedule, stompin’ their way round the British folk scene, and recently released their debut EP, Gun Hill.  The band have just signed to the Union Music Store label and will be releasing the debut album early 2017.

The DLWP Cafe Bar and Kitchen will be serving drinks and hot food all day!

Sponsored by rocksalt and Seaspray Rooms.

Add us on Snapchat for behind the scenes action and exclusive updates! Username “dlwp35” or scan the QR code below

Book
DLWP and Hastings traditional Jack in the Green present: