We Can Elude Control

Across the afternoon in the first floor gallery there was a series of performances within Wyn Evans’ S=U=P=E=R=S=T=R=U=C=T=U=R=E light and heat installation. Performers included Ekoplekz, the Bristol-based electronic improviser Nick Edwards currently signed to Peter Rehberg’s Editions Mego label.  Alongside him was Helm who contributed to the Wire magazine’s 30th birthday celebrations and who has recently released an album on the Berlin label PAN. There will also be a rare set by the Barcelona- based sound art collective EVOL who produce what they describe as “computer music for hooligans”.

On the top level of the Pavilion there were performances by artist Shelley Parker incorporating a live audio feed from nearby Beachy Head and contributions by Australian electronic musician Robert Curgenven and Lorrie Jayne Evans. 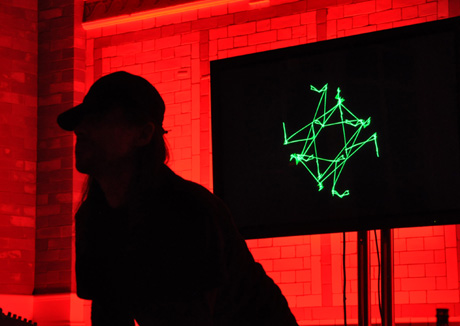 The event was curated by Paul Purgas,  the London based curator and electronic musician who is one half of the experimental electronics project Emptyset. He has curated sound and performance projects for Tate Britain, Arnolfini, Spike Island and the Bold Tendencies sculpture park in Peckham.

An Evening with Richard E. Grant

From £36Sold out
DLWP presents: