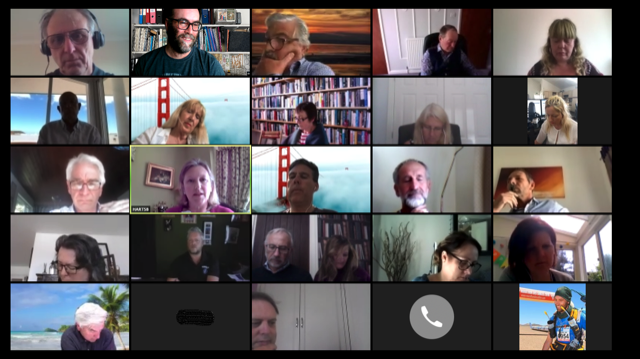 A meeting , co-ordinated by Bexhill Chamber of Commerce and chaired by Stewart Drew (CEO of De La Warr Pavilion and Chair of 1066 Country Marketing) took place on Friday May 7 – the day before VE Day Bank holiday and what would have been a busy and productive day for the area.

Over 40 representatives from local government and the tourism industry discussed thoughts on the recovery of tourism in East Sussex and a real sense of entrepreneurship, energy, community cohesion and commitment prevailed, as well as positive thinking around opportunities that might present themselves moving forward.

Government response and unified  recovery planning
There was a general consensus that the decisions made by government so far had been bold and demonstrated that they had listened.  Sally Ann Hart  confirmed that the tourism minister is looking at how they can support the UK tourism industry which, being the sixth largest in the world and supporting 4m jobs, is fundamental to the economy.   In 1066 Country alone, £665m is generated through tourism with 20% of that usually coming from overseas.

Therefore potential closure of tourism to the region for six tonine months would be catastrophic and the government needs to be thinking about introducing a solution that is wider than tourism,  eg a more flexible furlough plan* and extending business grants to help recovery.

The meeting heard that East Sussex County Council, Local Enterprise Partnership, Rother District Council and Team East Sussex are all working on recovery plans and it was agreed that there should be some unification around this.

Creative ways of thinking
New and creative ways of thinking were also called for. For example, Christina Ewbank suggested that bold decisions are required from East Sussex County Council regarding existing licensing laws, allowing road closures and street furniture so that hospitality businesses could serve customers outside. Fresh air and outdoor activity was seen as an opportunity – Stewart Drew of the De La Warr Pavilion that they were looking at opening outside before inside – and walking and cycling should be encouraged.  Although there were concerns about social distancing and reduced footfall affecting the viability of businesses, everyone agreed that there was an opportunity to promote safe Sussex in the fresh air. The meeting agreed that businesses will have to adapt and should be supported to do so.

Business re-set and a case for investment in the area
Is there an opportunity to re-set the business plan for East Sussex on the understanding that  there will not be a return to normal for a very long time, if at all?The question arose as to how we are we going to unify area. What are we going to build? Can people be encouraged by the fresh air and natural landscape to not only visit but live and work in the region?

If working from home is now a viable option, we should be calling for better broadband, improved education system, encouraging local shopping, eating, staycations and involving our own communities and promoting a better work/life balance. Young people have had their careers stunted by this crisis – what are the future career opportunities that can present themselves locally for them? How can we promote tourism as being a viable and valuable career option?  There must be a case for more investment in the South East, especially around the coast.

Further discussions
Questions around details of guidance arose, referring to draft back-to-work guidelines that were published on Buzzfeed and circulated by Eastbourne CC . Sally Ann Hart confirmed that more detail would be coming from government** and also reassured a questioner that she would do everything in her power to secure tourism strategy investment for the region. Concerns arose regarding the monitoring of new rules of operating and Sally Ann Hart and Tony Leonard both anticipated that these would be policed by existing structures such as the environmental health and health and safety regulations that apply to businesses already. There was also discussion about business loans to ensure that no business falls through the net.

The participants felt that lots of viable ideas and entry points to recovery had been discussed and that working together was the way forward .

*Furlough scheme has now been updated
** Details have now been published