Beyond Imagination and Limits 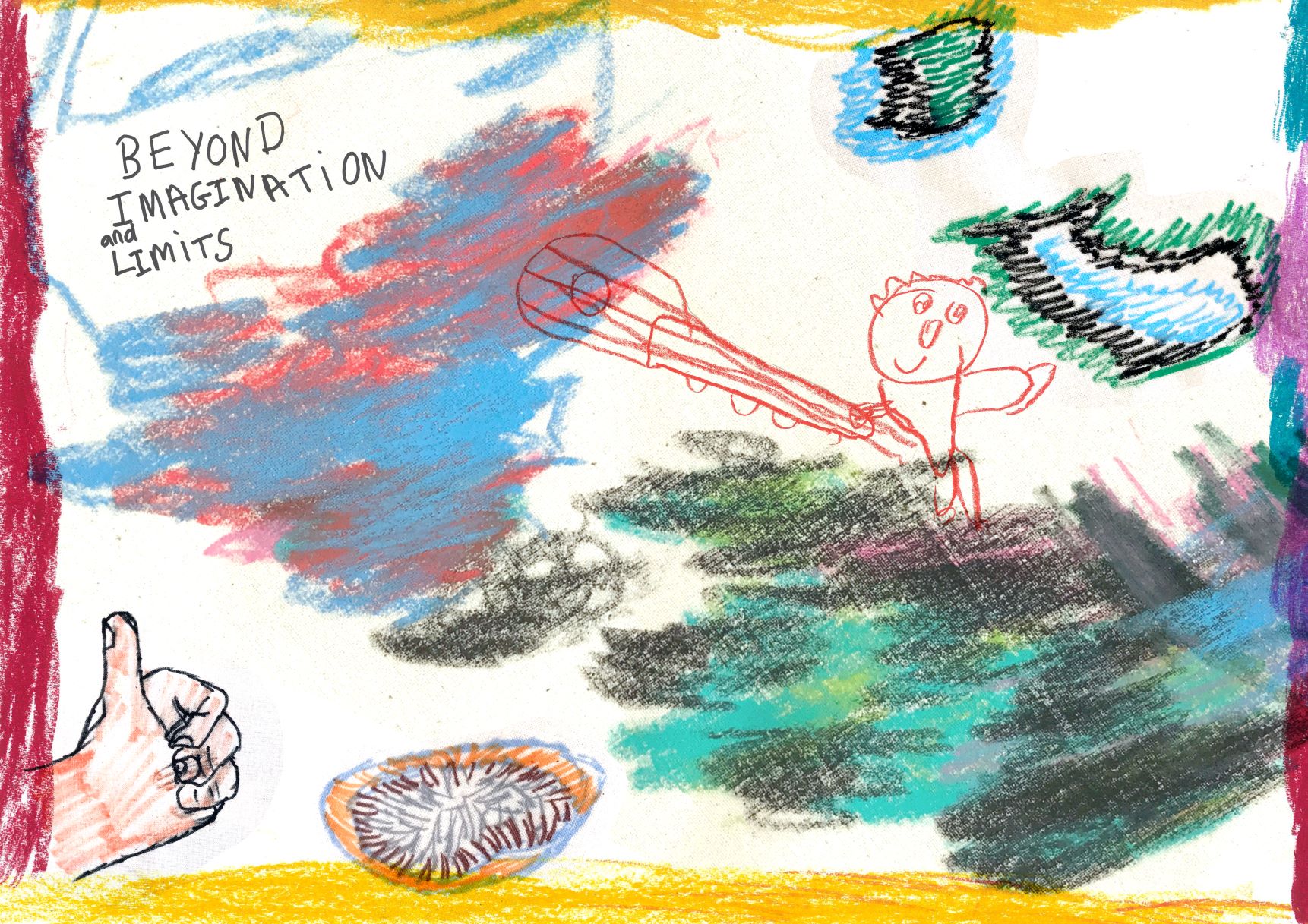 An inclusive and accessible gig celebrating togetherness after the tough lockdowns.

Sam Ayre is an artist based in Hastings, specialising in participatory projects with groups of people. He makes drawings, paintings, performances and things happen with groups of people. He has worked with De La Warr Pavilion on many projects including designing the Follow Your Nose app which can be used to explore the current exhibitions. We spoke to Sam about his latest project at the De La Warr which culminates in a event held in the auditorium this May.  Here’s what Sam had to say:

Through explorative conversations over cups of tea and lively hands-on making to a soundtrack of Electric Fire, Guns and Roses and Imagine Dragons a great event is being planned. Participants have considered what a great party looks like; ‘dancing!’ ‘good music’ ‘make everybody feel welcome’ ‘strong voices’ ‘space to be myself’, what considerations there should be in place to cater for everyone’s needs; ‘not too early and not too late’ ‘I know where it is happening in the building’ ‘there’s space for me to move around’ ‘clear information about when the bands are on so I know’ ‘that I can bring my family’ ‘my carer should come for free’ and how to soften and liven up the Pavilions impressive auditorium ready for the gig.

The event has been named, ‘Beyond Imagination and Limits’, with flyers, tickets, decorations, information and playlist currently under construction. Large brightly coloured banners, with positive, welcoming slogans, drawings and patterns adorned across them have been designed and will be hung on the walls, with colours inspired by the Lucy Stein exhibition. Alongside consideration for the auditorium space where live bands and loud music will be playing, there has been consideration for for the need for quiet spaces as part of the event, so it was decided that the Lucy Stein exhibition will be open for people to visit on the night. Everything is shaping up to be a really great party, a ‘great gig, a great get together for all to celebrate!’

Thanks to funding from The Childwick Trust, Artist Richard Phoenix, with support from artist Sam Arye, is undertaking a series of weekly creative workshops at DLWP for up to 25 adults with learning disabilities and their carers from the Parchment Trust over the course of seven weeks. The workshops are multidisciplinary focusing on visual arts and music, with guest educators such as musicians from Delta7 band and Head Technician at DLWP, Technical Manager Mathew Mcquade.

Excitingly this series of workshops culminates with an inclusive and accessible gig at the DLWP in the main auditorium on Wednesday 25th May. Celebrating togetherness after the tough lockdowns, the gig has a current working title formed by the participants of ‘Beyond Imagination & Limits’. Artwork made in the workshops will decorate the venue and music/playlists created will be showcased.  Participants in the workshops will all undertake different roles both in preparation and on the night, such as MC’ing etc. The gig will be open to all, with specific focus on welcoming those with learning or physical disabilities and their carers from the local area. Bands playing will include ‘Delta7’ a local rock band made up of seven people who all have learning disabilities. For some participants this will be their first ever gig to attend.

Heart and Soul is a creative arts company and charity will support us in promotion and running of the gig. Organisations who will bring their members and are very excited, include The Parchment Trust, New Horizons, Project Arts Works, and Tinkers Hatch.

Find out more about Beyond Imagination and Limits, and book your tickets here.