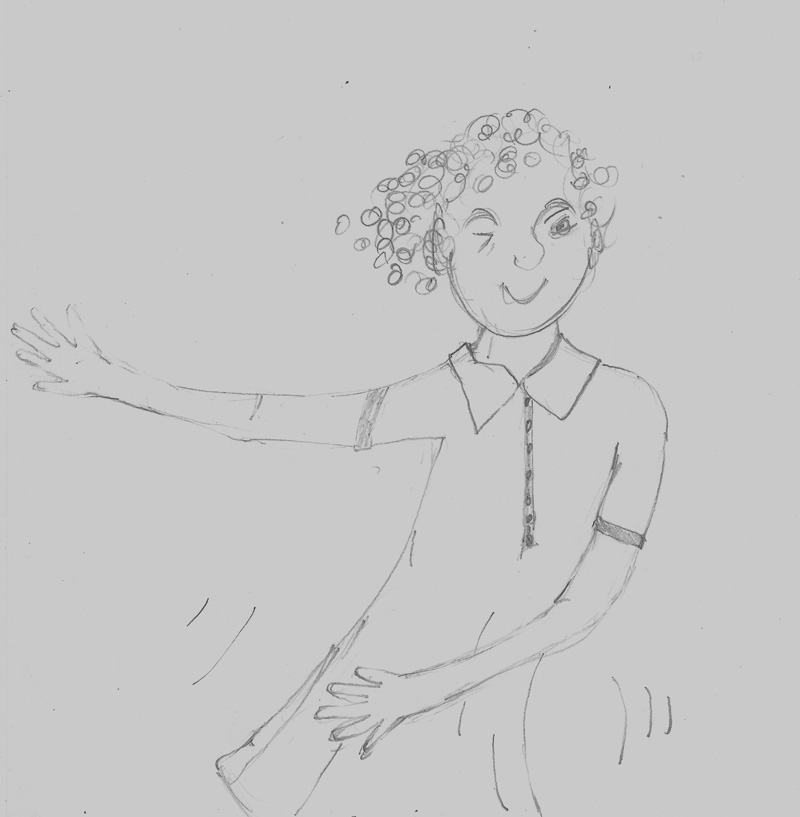 Rebecca Fifield from Out of the Bag Theatre reports from her most recent Tales for Toddlers session.

After Blondell Cummings’ dance Chicken Soup, video exhibit in the Still I Rise exhibition. It takes as inspiration the memories of being in the kitchen as a child.

Arriving at Tales for Toddlers, I have a story to share, but I need the children to help me tell it. This is the essence of my theatre: alive and living in the moment (which is what children just do); and everyone part of the story.

Maya is a small child in the kitchen. With all the familiarities of home and food it is a lovely theme for a young participative audience: I came with a bag full of bowls and wooden spoons. There was also a washing line, a kitchen chair, an enormous pan, an assortment of (popular) brushes and the ingredients for soup.

But, this ‘set’ was to shift: it didn’t remain just a kitchen but became an imaginary shared landscape: a rain forest where Maya’s cuddly chameleon played hide and seek with the vegetables and the kitchen sounds wove themselves in to a jungle: the taps whooshed, trickled and dripped like streams, whilst the brushes patted and swished like animals moving by. We stirred up a variety of sounds and vocal rhythms: ‘Mix it slowly, mix it fast! / Stir it up! Stir it up!’ and Scrub-scrub / Ting started a kitchen-forest rhythm.

We had great fun rolling onions across the floor and children transferred carrots (some gnawed in transition) from a bag to a box. They mixed, tapped and banged bowls; brushes scrubbed and swished.

I had planned to focus on the dance that Maya puts in to her cooking: she loves a kitchen dance, chopping with her full body, stirring up a twirl. But, as always when working with children, they directed! Often groups burst with beans. But every time the dynamic is different, and on Monday morning the groups were quietly absorbed, looking carefully, taking in what was happening. When Chameleon peeped out from a bucket for the first time I could sense delight (in his big round eyes, and his wave-able puppet-like hands): here was a seasoning of magic.

So, rather than the expansive movement I’d envisaged, the sounds from small actions, became the focus, with the kitchen props appealing to the children’s natural sense of play. What happened moment by moment was everything: the tangible enjoyment of mixing and brushing, clutching the celery, meeting Chameleon, then finally creating the parallel world of forest and snakes.

When I watched Blondell Cummings’ Chicken Soup I was struck with how dancing the everyday experience became something else: a passage or a route to an imaginary place. The scrubbing brush provided a rhythm, a backbone; then, with the whirling green scarf, this was not abandoned but extended into an imaginary dimension, of dreams and possibility. This is how Maya is in the kitchen, dancing her kitchen-forest story. This is how the children on Monday engaged with our interactive tale: they used what was familiar and mixed in their energy and imagination.

For upcoming dates for Tales for Toddlers and other events for families and children, visit our what’s on page: dlwp.com/whats-on/for-families

Posted by Caspar Jayasekera on Wednesday 22 May 2019