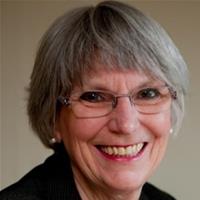 Many  congratulations to DLWP Trustee Cllr Sue Prochak who has been awarded an MBE in recognition of her dedicated service to the community in Rothersbridge, where she lives and serves.

Sue  is a Trustee of the De La Warr Pavilion Charitable Trust and is a long-standing supporter and champion of the Pavilion and its role in the community.

“We are delighted to hear of Sue’s well-deserved MBE for her service to the community of Robertsbridge. As a Council member, Sue has served a number of times on our Board of Trustees and her sound advice and guidance have been of invaluable support to us throughout the years.  She is a regular visitor to the Pavilion and her passion  and enthusiasm for the building, along with that of her husband Stephen, is always welcomed and greatly appreciated.”

Sue was first elected as a Liberal Democrat member of Rother District Council for Salehurst and Robertsbridge at a by-election in July 1989. Her service has continued through many administrations, including serving as Leader of the Council during the minority Liberal Democrat administration in the 1990s, and since the May 2019 election Sue has played a key role within the Rother Alliance as Deputy Leader of the Council.

Sue has been a prominent member of the local community over the last thirty or so years in a variety of different activities and roles. From being a long-term governor at Robertsbridge Community College, serving as Chair of Governors for a number of years, to being the driving force behind the outstanding local pre-school, Robertsbridge Children’s Services – acquiring its new dedicated premises in 2007 as Chair of Charity Trustees. Sue also helped set up the successful Robertsbridge Arts Partnership in 2000 which has since delighted many an audience with fantastic local performances. In 2013, Sue helped set up and now co-chairs the very successful Helping Hands community friends organisation in Robertsbridge. Helping Hands has been a vital resource for the local community during the recent pandemic. To date, Sue has served for twenty years on the Romney Marsh Internal Drainage Board, having been appointed after the disastrous flood of 2000, which dramatically afflicted Robertsbridge. At the time, Sue campaigned vigorously with Ministers for flood defences for the village to ensure they were one of the first to be completed.

Sue says:  “‘It is such an honour for me to be awarded an MBE. It is also an honour for the very special parish of Robertsbridge and Salehurst. I have so many stories about the kindness and generosity of our residents. This has recently been underlined so much during the current pandemic. I could not have achieved half of what I have been involved in, without the support of residents, our Parish Council and officers at Rother District Council, the latter always answering questions and solving problems so efficiently. I also have to thank my husband, Stephen, who gives me such wonderful support.’”