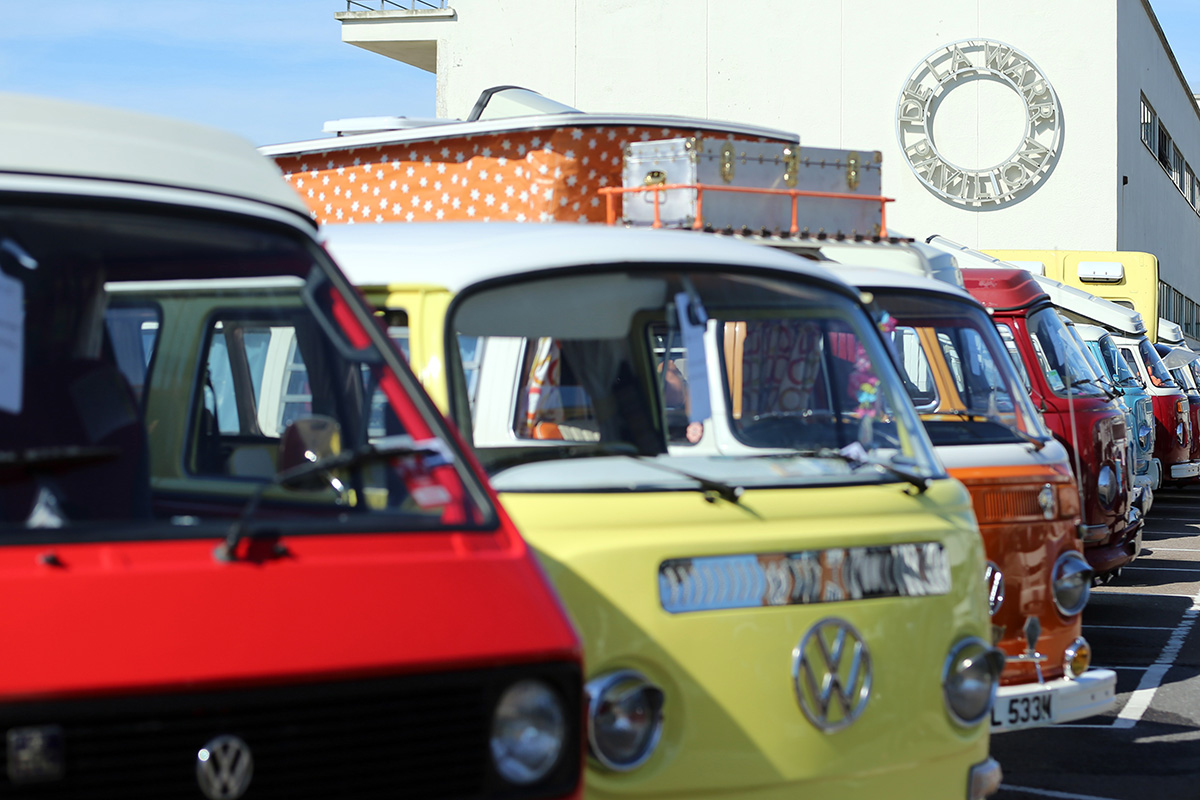 Approximately 5000 people came to Dubs at DLWP at the De La Warr Pavilion last Saturday. The sun was shining and almost 180 colourful classic VW campervans and cars from UK and Europe  lined up to take part in the Show ‘n’ Shine, a public vote for the Best Car, Best Campervan and Best in Show.

Vehicles included Eddie Izzard’s 1965 Beetle, a classic 1953 Flying Cloud American AirStream, a Wedding Camper and one of the best replicas of  “Herbie” (The Love Bug)  in the UK  whilst the Best Campervan and Best  in Show was won by Darren Bliss ‘s  tomato red 1965 splitscreen VW bus called Candy.

Summer soul tunes were spun by Wendy May’s Locomotion and we were treated to the funky sounds of Bobby Fuego’s Fat Fingers of Funk on the West Lawn. Families waiting for the  film to start joined in with making their own “Herbie” before wrapping up warm and watching Disney’s 1968 film The Love Bug on the outside wall at Sunset

With thanks to our generous sponsors rocksalt-on-sea, Seaspray Rooms, Combe Valley Campers and McPhersons Chartered Accountants (for Sunset Screenings).  Dubs was also supported by the amazing Bexhill Lions, Rother District Council (for use of the car park) ,  graphics by Craig from ThirtyOneTen, Camper Marmalade, Thomas Design and Graphics, Rother Print, WardPics Photography and Heritage Parts Centre.

Next Saturday : Reggae  from Kioko and Greg Phizacklea (DJ) followed by Family-friendly activities and Sunset Screening of Back To The Future (1985) PG.