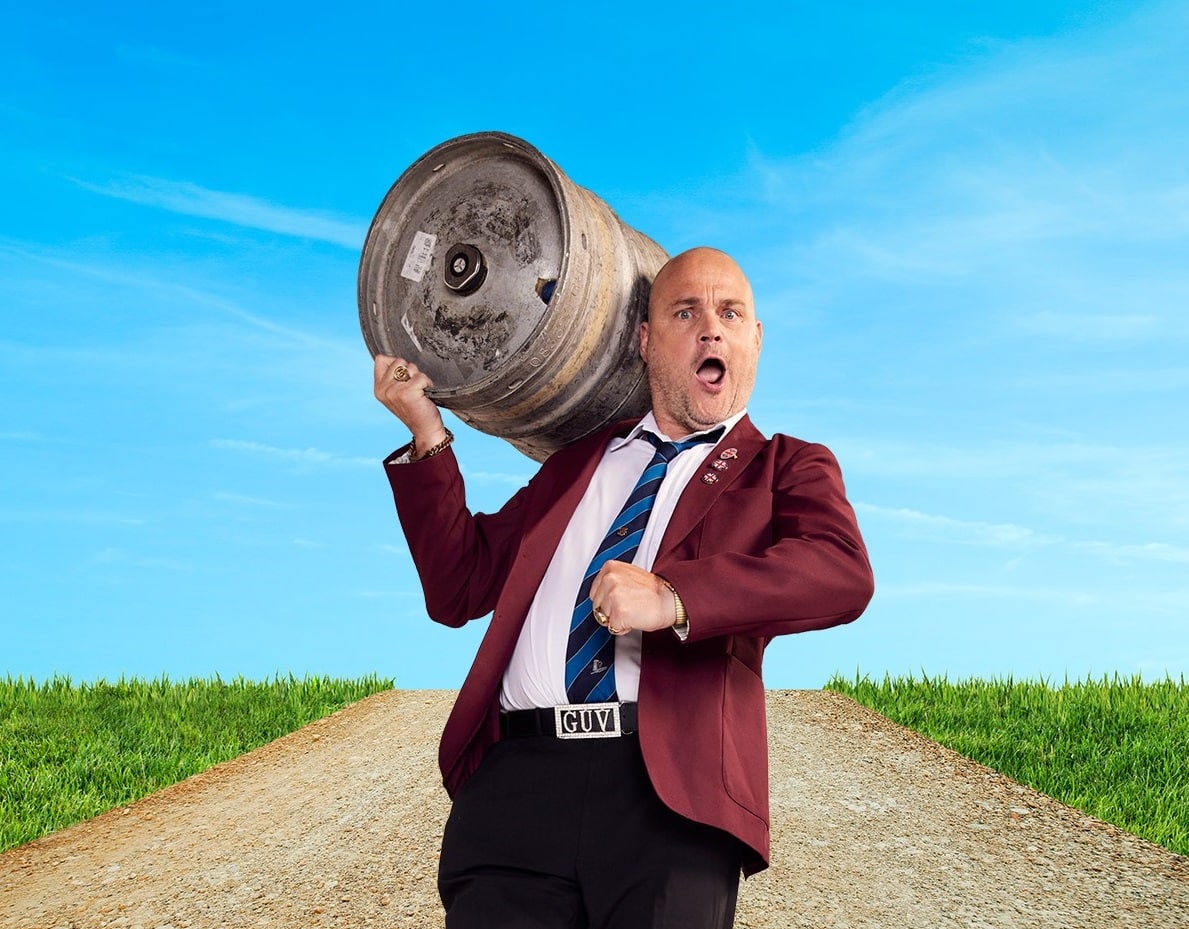 As the dust settles and we emerge blinking into the dawn of a new year, the men and women of this great country will need answers. Answers that they know they need, answers to questions they never knew existed...

And when that moment comes, who better to show the way, to provide those answers, than the people’s man of the people, the Pub Landlord? Steeped in the deep and ancient barroom wisdom of countless lock ins, the Pub Landlord is there to show the way. Wherever you are, he will – within sensible travel limits and theatre booking policy – come, offering people thirsty for common sense a full pint of the good stuff.

For over 20 years Al Murray, The Pub Landlord has filled the most prestigious venues around the UK, including London’s 02 Arena and the iconic Royal Albert Hall. He has won numerous awards, hosted many critically acclaimed television shows, and in 2015 famously stood for election in the hotly contested seat of South Thanet.

What the press said recently about Al Murray, The Pub Landlord:

“It remains one of the great joys in comedy to see the Pub Landlord befriend and belittle the front rows, blithely dishing out attributes to them, responding with superfast wit… So long as he has an audience with a pulse and an onstage pump that dispenses frothy lager for
him to spill on them, Murray will always be a good night out.” [Dominic Maxwell, The Times]

“A rambunctiously good night out… he’s always the sharpest operator when it comes to quick-thinking mockery, and it’s great to witness such mastery.” [Steve Bennett, Chortle]

“Al Murray’s brilliant creation has become an essential part of the British comedy landscape… it’s a joy to see him work himself into a froth” [Claire Smith, The Scotsman]

“What the Landlord does best – and better than any other comedian – is riffing off and bantering with his audience… the kind of supremely effortless badinage only the most assured could ever hope to attempt… The Landlord in full cry is a wondrous sight, but it also makes for brilliant satire” [Mark Wareham, The Mail on Sunday]

All ages. Under 14s must be accompanied by an adult 18+
No flash/recording
Latecomers submitted throughout

Book
We use cookies to ensure that we give you the best experience on our website. If you continue to use this site we will assume that you are happy with it.Ok