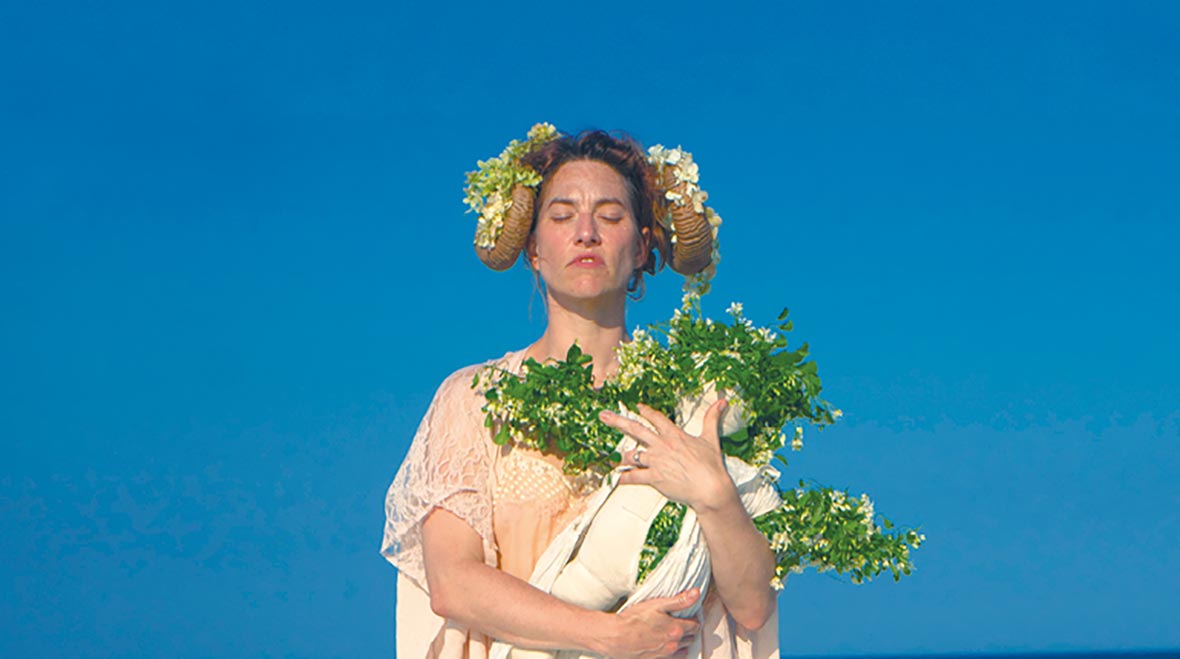 Amanda Palmer will be coming to the De La Warr Pavilion as part of her There Will Be No Intermission Solo Tour for an evening of piano, pain and laughter.

Palmer’s third solo LP, There Will Be No Intermission is the multi-faceted artist’s most powerful and personal collection to date, with songs that tackle the big questions: life, death, grief and how we make sense with it all. While the themes may be dark, the album’s overall sonic and lyrical mood is one of triumph in the face of life’s most ineffably shitty circumstances. An album comprised of a staggering 20 tracks, 10 of these are original songs complemented by 10 instrumental vignettes.

“Most of these songs were exercises in survival,” says Palmer. “This isn’t really the record that I was planning to make. But loss and death kept happening in real-time, and these songs became my therapeutic arsenal of tools for making sense of it all.”

Recorded over a single month in Los Angeles by John Congleton (who previously engineered and produced 2012’s acclaimed Theatre Is Evil), There Will Be No Intermission was entirely crowd-funded, this time by over 14,000 patrons using Palmer’s community hub on Patreon.

Somber yet exultant, There Will Be No Intermission presents still more dimensions to Amanda Palmer’s already voluminous talent, once again confirming her as a master songwriter at the height of considerable power. This one-of-a-kind artist has miraculously molded humor, tears, confession, and naked personal pain into a matchless piece of work that could very well have been morose and gloomy but is, instead, deeply relatable, healing and inspiring.

The touring show itself will feature Palmer on solo piano and ukulele, with no band accompaniment; a night of graphic, honest, and funny storytelling and songs that Palmer claims will be be her “most human and vulnerable stage-show to date.”

In addition to the LP, Palmer has partnered with the collaborative art-team Kahn & Selesnick (along with LA-based photographer Allan Amato and Iceland-based Artist Stephanie Zakas) to create a companion volume with over 60 theatrical photographic portraits taken mostly in and around the upstate New York home Palmer shares with her husband, writer Neil Gaiman. The portfolio – also titled There Will Be No Intermission – is available on her website and will also be sold at her hugely anticipated world tour, set to circle theaters around the globe in 2019-2020. See full tour details at nointermission.amandapalmer.net

with THE LONDON AFRICAN GOSPEL CHOIR