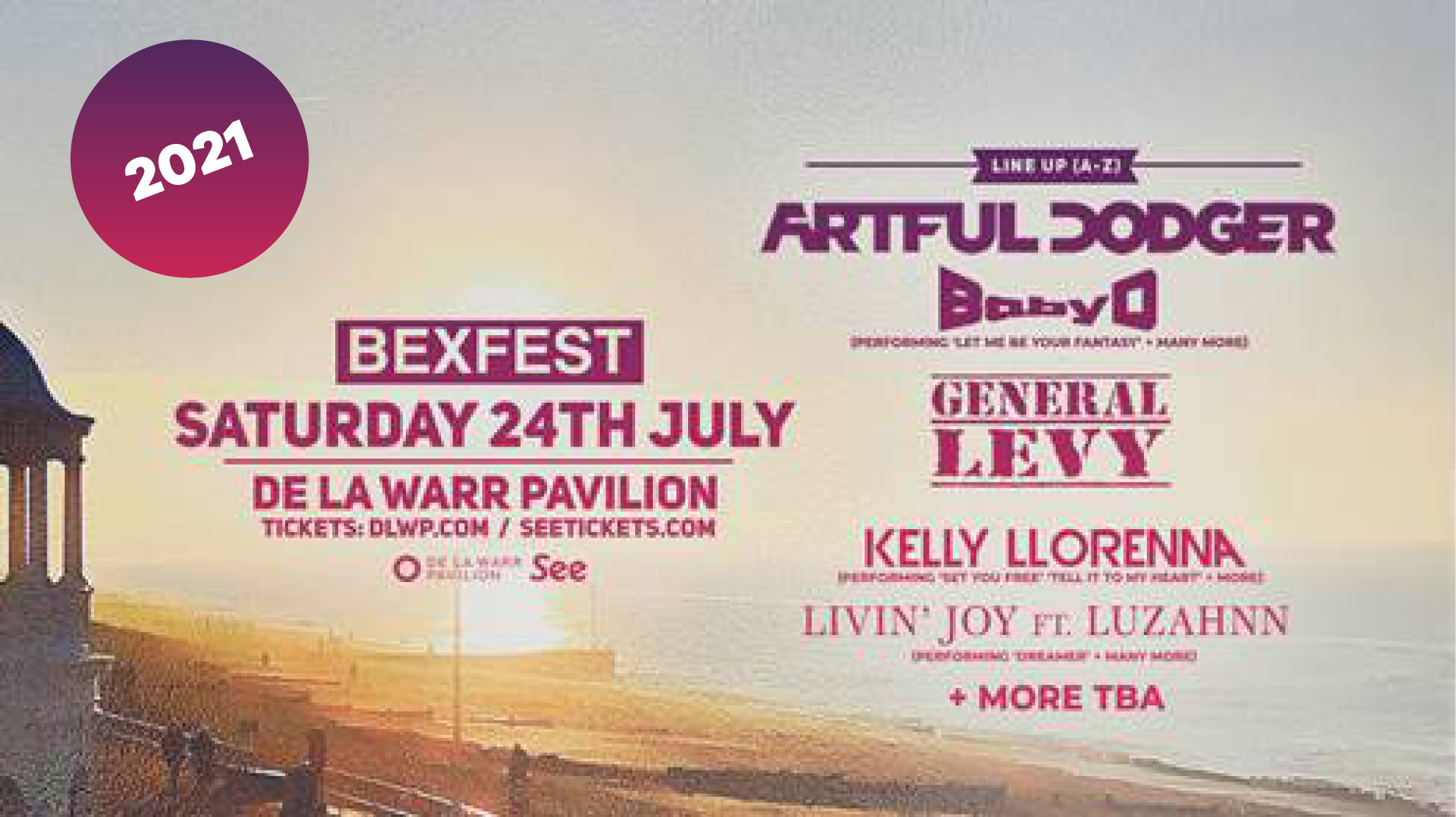 Timings: 2.30 – 11pm on the outside terrace and in the auditorium

Don’t forget to bring your ticket with you or collect it at the Box Office.

Please be aware that we run a no re-entry policy. See below for details.

Originally comprising producers Mark Hill, Pete Devereux and Mc Alistair, the name Artful Dodger is now established as the most commercially successful UK Garage act to have emerged from the scene to date.

Together they produced an amazing string of chart-topping hits, remixes and a platinum-selling album Itʼs All about the Stragglers.  After Pete and Mark decided to follow different musical paths,  Mc Alistair continued to take the chart-topping brand to the clubs and festivals around the world, finally linking up with Dave Low, co-owner of the label Public Demand Records who signed the Artful Dodger.

The duo has been tearing up dance floors for over ten years. Getting the audience involved and being able to adapt to any crowd they play to by dropping a selection of tunes that fits in with the atmosphere on the night, they create a party vibe wherever they play and keep the crowd entertained all night.  It is the sheer quality of their live sets that bring people from all over the world back for more.

Performing hit anthem, Let Me Be Your Fantasy,  and more.
It’s not often that a song can become an anthem for multiple generations, especially when it crosses genres many times, but Baby D’s Let Me Be Your Fantasy has managed to stay a firm favourite with clubbers and party-goers of all ages since hitting the UK Number 1 spot more than twenty years ago.
This chart-topping success was subsequently followed up with Number 3 Hit  I Need Your Lovin‘ in 1995 and a third single So Pure hit the UK chart at Number 3 in 1996.
Baby D has been a regular at many of the UK’s biggest clubs and festivals since 1994 and her live show always surpasses expectations.

Performing his worldwide anthem Incredible and more
A true veteran of the UK urban music scene, General Levy is  still one of the most in-demand MCs in the country.

Born Paul Levy in 1971, he  grew up in the vibrant Harlesden and Wembley area for most of his early years, surrounded by different West Indian, European, Asian and African influences.

In a community heavily influenced by reggae music and black culture,  a certain militancy was instilled in him along with a love and respect for rebel music from an early age. He was also inspired by his big brother’s vast record collection of music from ska to rock steady, calypso to soul, hip hop and reggae.

In 1994, Levy was approached by independent jungle label Renk Records to collaborate with up-and-coming  jungle producer M Beat who had already had a string of hits to his credit. The collaboration was a success and the track Incredible was unleashed June 1994.  After causing a massive storm underground it was licensed to London Records, and subsequently went on to achieve top ten status in the national mainstream charts. Incredible became one of the biggest jungle tunes on the dance floor, world wide.

Since then General Levy has worked with  producers such as Sly & Robbie and Sting International, Shaggy, Steelie & Cleevie, Artful Dodger, Jetstar, Ajang, Joe Grind, Gussie P, Stingray, and Heartical Records, to name but a few.

Performing the hit sensation Set You Free , Tell it to my Heart and many more.

A veteran of the UK trance-pop scene, Kelly Llorenna is one of the early success stories of the now dominant dance record label All Around the World.

She formed her first band Freedom, at age of 16 with her fellow college drama students. After teaming up with production duo NTrance, their debut single, Set You Free reached Number 2 in the charts in 1995.
Llorena appeared on the  hit Da Ya Think I’m Sexy  and, following a 2001 re-release of Set You Free, she signed a deal with AATW. Her Flip & Fill collaboration True Love Never Dies reached Number 7 in the charts  and she scored top 20 hits with covers of Donna Summer’s This Time I Know It’s for Real,  Taylor Dayne’s Tell It to My Heart  and her original composition Heart of Gold.

Originally released by Undiscovered Recordings in 1994,  Dreamer  peaked at Number 18, spending six straight weeks in the UK Top 100.  Dreamer hit the Billboard Hot 100 in early 1995 and spent seventeen weeks in the chart.
In the UK it went to the Number 1 spot after being reissued. By the end of 1995, the reissue of Dreamer ranked as the UK’s 40th best-selling single, logging a total of 21 weeks in the top 100.

Don’t Stop Movin topped the Italian charts in 1996 and also peaked at Number 3 in the US dance chart in early 1997 and became another long-lived, hit in the mainstream – climbing to number 67 on the Hot 100.

This event has been rescheduled from the original date of 25 July 2020.

DLWP is a charity and live gigs and their audiences generate income for us which has now stopped. We need your support more than ever. Click here to find out how you can help us.
Booking information