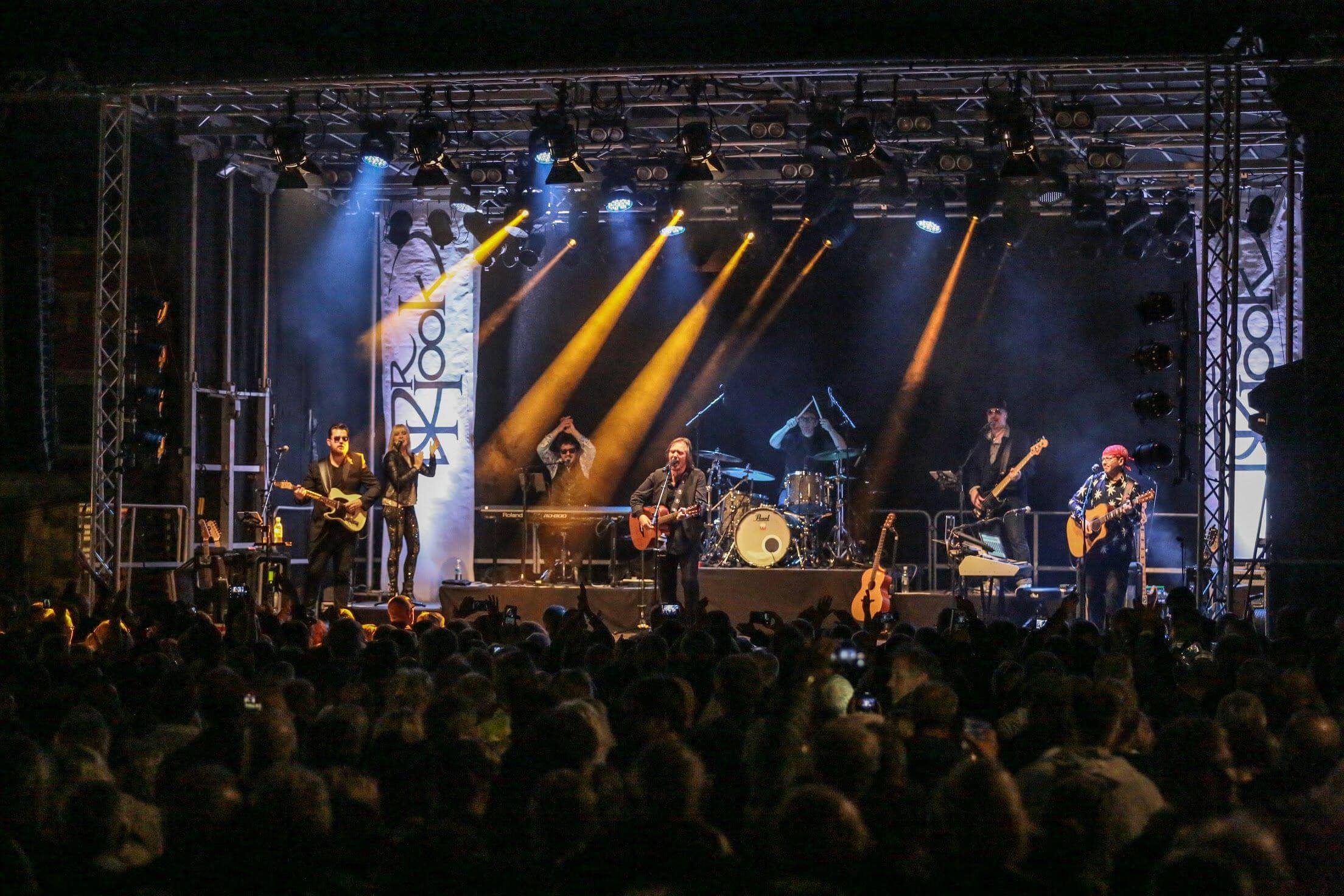 DR HOOK Starring Dennis Locorriere - The 50th Anniversary Tour is a musical event simply not to be missed!

The country swears in it’s 37th President, Elvis Presley makes a welcomed comeback, the first man walks on the moon, The Beatles do their last live performance and The Rolling Stones give a free concert that turns violent and symbolises, for many, ‘the end of the sixties’. Somewhere during that tumultuous watershed year, two seasoned musicians from the deep southern states of Mississippi and Alabama made their way up to New Jersey, where they happened upon a considerably younger singer/guitarist. The three hit it off immediately and, with the inclusion of two more members, one from Mississippi and another from New Jersey, began playing together in the loud, rough, frequently dangerous nightclubs in Union City.

By the time Neil Armstrong set foot on the moon, an event they witnessed on a fuzzy little black and white TV screen while taking a fifteen minute break, the band was playing six forty-five minute sets a night, seven nights a week to customers who were there to drink, dance and fight.

The hand drawn poster taped on the inside of the front window read “Dr Hook and The Medicine Show – Tonic For The Soul” and it took a mixture of humour, luck and a natural feel for many different types of music, from standards to rock and roll, country to contemporary pop, to keep all those individual ‘souls’ entertained and, just as importantly, in a good mood.

the group’s recordings brought them multiple international chart successes for which they were awarded 60 gold and platinum singles and albums and their unique concert performances branded them a top touring act all around the world.

Despite the band having gone through personnel changes over the last half a century, founding member and original lead vocalist, Dennis Locorriere, whose company retains ownership of the trademark name, has made it his goal to keep the music and spirit of DR HOOK alive and well and continuing to make people happy, present day.

The talented, charismatic frontman, with his brilliant group of players and singers, has been bringing that unmistakable ‘DR HOOK sound’ to SOLD OUT audiences all around the world. Now, to celebrate five decades of timeless music, the band is announcing their 50th Anniversary Tour.

Beginning in 2019, DR HOOK will be on the road again with a spectacular show that will cover their rich musical history, from the biggest hits to album favourites. The reaction to past tours has been glowing and emotional, with people returning again and again.

From £22Sold out
Kilimanjaro Live presents