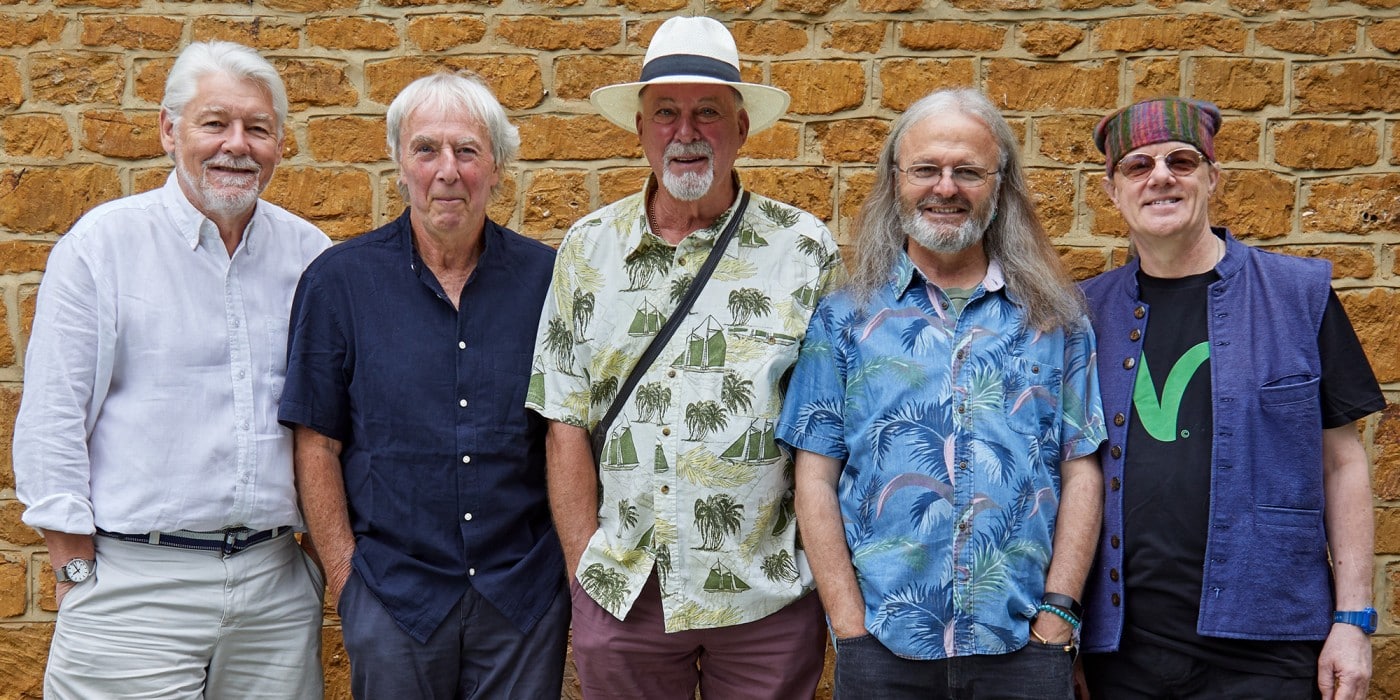 Due to Covid cases within the touring crew, the Fairport Convention – Celebrating 55 Years gig on Wednesday 16 February 2022 has been postponed to Wednesday 9 March 2022.

If you cannot attend on the new date, please click here for information and FAQ’s.

We apologise for any inconvenience this may cause.

Fairport Convention have been entertaining music lovers for over half a century, with 2022 being their 55th anniversary. During that time the band that launched British folk-rock has seen many changes, but one thing has  remained the same – Fairport’s passion for performance.

2022’s Winter Tour will present a mix of long-established Fairport favourites and some surprises from albums old and new including their latest album, Shuffle & Go, which was released just before ‘lockdown’ in 2020.

Fairport Convention have won a BBC Lifetime Achievement Award and Radio 2 listeners voted their ground-breaking album Liege & Lief  ‘The Most  Influential Folk Album of All Time’. Their story has been celebrated with television documentaries on BBC Four and Sky Arts.

“Stuffing their set with a surprising amount of new material for a vintage act,  Fairport are still clearly having fun and brought the house down.”

“Fairport is an institution, a festival, purveyors of memories, and keepers of  the folk flame. But most of all they are a brilliant live band.”

From £30.50Sold out
The Gig Cartel Presents

From £28.50Sold out
Kilimanjaro Live presents

From £28.50Sold out
Senbla presents