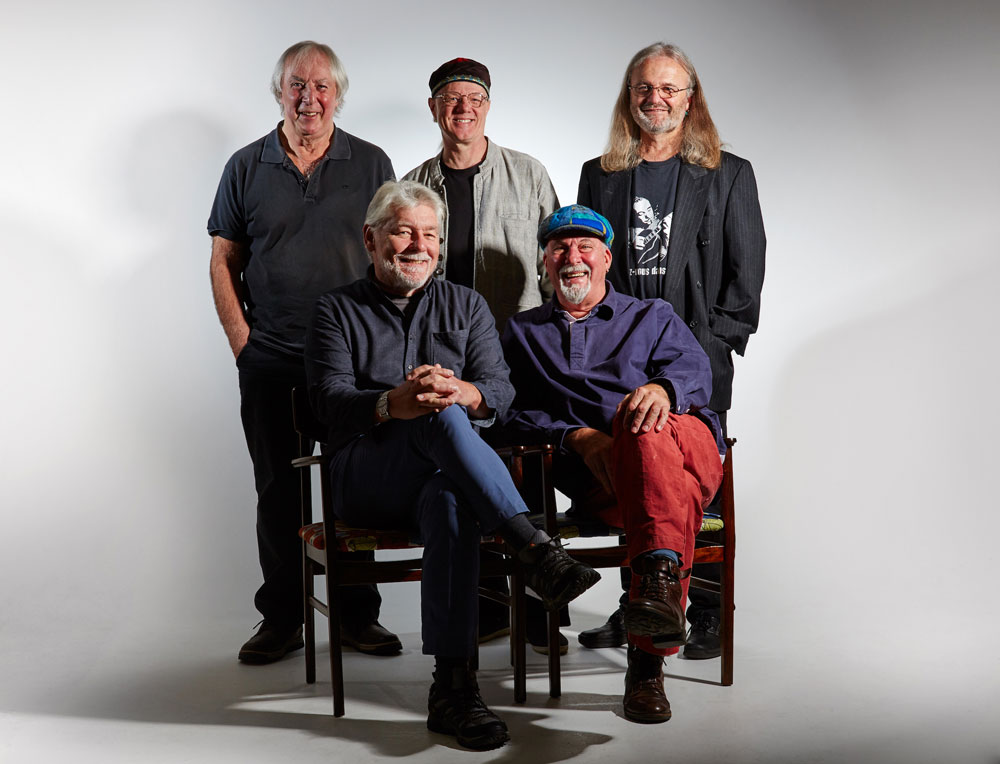 Fairport Convention has been making great music for over fifty years. Credited with originating British folk-rock music, they retain a passion for live performance.

This year’s Winter Tour will feature a mix of long-established Fairport favourites and new material and will also celebrate the 50th anniversary of the much lauded album Full House and Dave ‘Peggy’ Pegg’s membership in the band!

Fairport Convention has attracted critical acclaim: the band has won a coveted BBC Lifetime Achievement Award; Radio 2 listeners voted Fairport’s ground-breaking album Liege & Lief ‘The Most Influential Folk Album of All Time’; and their story has been celebrated with a major documentary on BBC Four television.

Whether you are a long-time fan or a newcomer to their music, an evening with Fairport Convention is sure to surprise and delight you.

Special Guests for the tour are the award winning duo ‘Smith and Brewer’, whose close harmonies and guitar playing will delight all.

“Impressive musicians with a great back catalogue… (they) take chances and clearly enjoy themselves.” The Guardian

“Vigorous and confident…the music leapt around the room.” The Mirror

From £26Sold out
Kilimanjaro Live presents