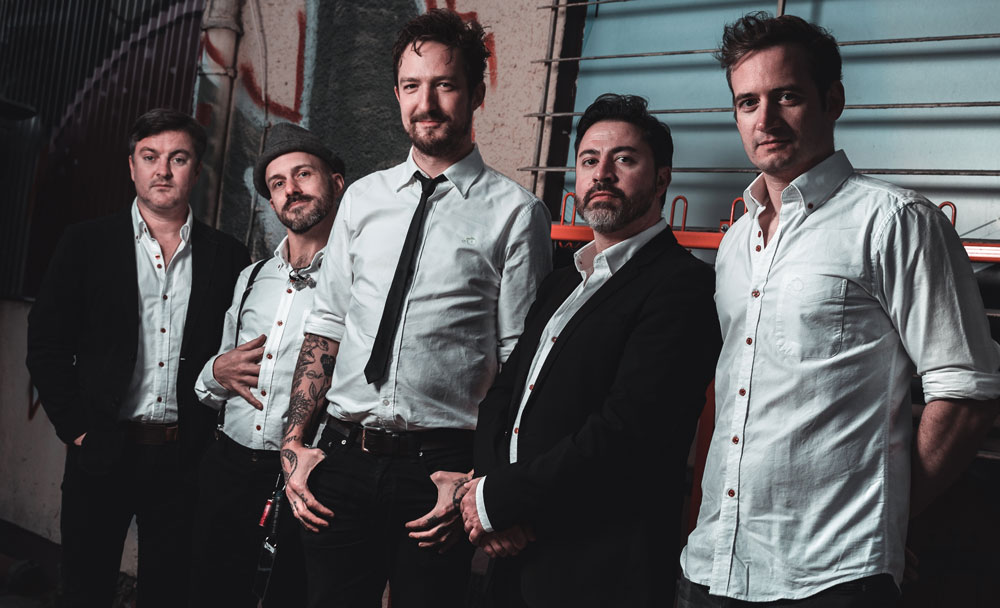 Frank Turner returns to DLWP with No Mans Land, his most original project to date

Please be aware that the DLWP car park will be closed for short while at 6pm to allow for the Bexhill Christmas Lights procession. Why not come early and enjoy the festivities in the town, starting at 4.30pm.

Frank will be playing this show in two parts, half intimate solo performances and half smash hits and fan favourites with the band.

The woman who invented rock’n’roll. A serial killer from the Deep South who plucked her victims from lonely hearts pages. The jazz-obsessed heiress who fought for the Free French. A rowdy coach house landlady from 17th century Camden Town accused of witchcraft. The Wild West vaudeville star shot by a small town outlaw. These are just a few of the fascinating characters to feature on No Man’s Land, Frank Turner’s most original project to date.

“It’s bringing together my two main interests in life, which have always been separate from each other – history and songwriting,” explains Turner, who can be found seeking out long-forgotten historical sites on self-guided psychogeographical strolls when he’s not packing out arenas or headlining festivals.

With 2018 Producer of the Year Catherine Marks at the helm, No Man’s Land is dedicated to the women whose incredible lives have all too often been overlooked by dint of their gender. “These stories should have been told already,” says Turner of the album and its accompanying podcast series. “And I suspect if they were men they would be better known.” Certainly there are a couple of names here that will already be familiar, such as the unparalleled Sister Rosetta Tharpe (Sister Rosetta) and the mysterious Mati Hari (Eye of the Day), but by and large the women who feature have long been ignored by the mainstream. 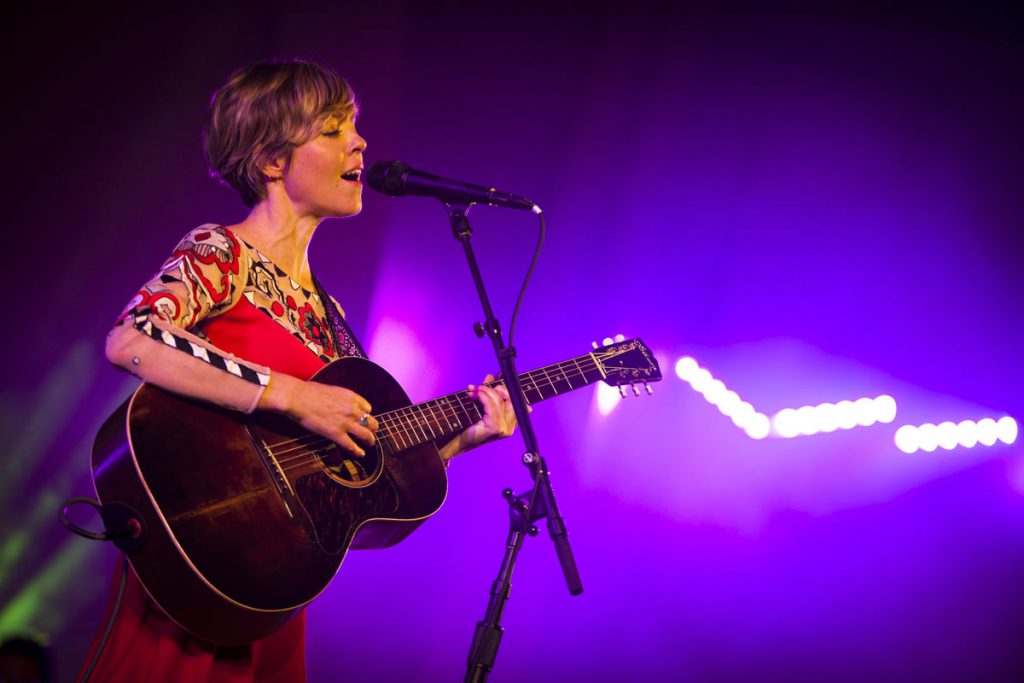 With support from Emily Barker

Emily Barker is an award-winning singer-songwriter, best known as the writer and performer of the theme to the BBC’s hugely successful crime drama Wallander starring Kenneth Branagh. She has released music as a solo artist as well as with various bands including The Red Clay Halo, Vena Portae and Applewood Road (with whom she released a remarkable album of original songs recorded live around a single microphone, dubbed “flawless” by The Sunday Times) and has written for film, including composing the soundtrack for Jake Gavin’s lauded debut feature Hector starring Peter Mullan and Keith Allen.

As a performer, Barker is captivating and accomplished, with an adept understanding of audiences that finds her equally at home touring with punk troubadour Frank Turner as she is with American multi-Grammy-winning musician Mary Chapin Carpenter.

This is a seated gig.

Under 14s must be accompanied by an adult 18+

Read more about the new album

Less a concept album and more in the same thematic vein as Nick Cave’s Murder Ballads – especially on the creepy tale of murderer Nannie Doss (The Perfect Wife) – Turner started work on No Man’s Land upon learning about the formidable Jinny Bingham (The Ghost of Jinny Bingham) on a sign outside The World’s End pub, then Dodge City singing sensation Dora Hand (The Death of Dora Hand) and bebop patron Nica Rothschild (Nica). Crowdsourcing suggestions for more names to pay tribute to, he was quickly inundated. “I know a lot of very smart people who sent me these huge lists of historically interesting women,” he says of the hundreds he ended up researching, seriously expanding the size of his home library in the process. Experimenting with a different way of writing, the overflowing tap that was Turner’s unfiltered id was switched off and instead he took on the role of student. “It felt a bit like going back to school – but it was so much fun.”

The women featured on the album’s 13 tracks come from across wide geographical and historical lines. There’s Byzantine princess Kassiani (The Hymn of Kassiani), Egypitian feminist activist Huda Sha’arawi (The Lioness), and Resusci Anne (Resuce Annie) an apocryphal drowned virgin whose face was used as the model for the medicial CPR mannequin across the world. “You can’t not write a song about a woman who died never having been kissed and then became the most kissed face in history,” reasons Turner.

Although originally conceived in 2014, global events conspired to throw Turner off course from No Man’s Land. “The world went mad in 2016 and I felt like I needed to respond in a slightly more direct way,” explains Turner, who released the politically charged Be More Kind, which launched his outrage straight into the UK Album Chart Top Three. That’s not to say that No Man’s Land isn’t just as fired up, but despite the record’s implicit feminism, it doesn’t see Turner’s clambering onto any kind of soapbox. “It’s not telling anyone what to do or how to live or how to be,” he explains, prepared for a variety of different reactions to the project, including those who might be wondering if it’s really his place to be singing songs of disenfranchised women. “If there was a crowded field of people writing songs about Princess Kassiani then I would see the argument for me bowing out, but there isn’t,” he states. “No-one else is writing these songs right now. That’s why I want to share these stories.”

No Man’s Land also includes perhaps the most revelatory song of Turner’s career. Written in tribute to his mother, Rosemary Jane honours her grit and determination through the harder parts of his childhood. “It is quite a raw song,” he admits, adding that he felt compelled to ask permission from his mother and sisters to include the track. “But it’s nice about her. It’s not necessarily nice about my dad…”.

Working with Catherine Marks – which Turner calls “an absolute f****** dream” – a dynamic cast of female musicians were bought into the studio to bring the songs to life. There’s strings and piano from Anna Jenkins and Gill Sandell of Emily Barker’s Red Clay Halo band, Lock drummer Holly Madge, Paloma Faith’s bass player Andrea Goldsworthy, Kat Marsh of Choir Noir and a full West End brass section on the jazz-inflected Nica. “That song’s probably got more chords in it than my first album,” deadpans Turner of its complex Thelonious Monk-inspired progressions. On Sister Rosetta too you can hear guitar breaks lifted from Tharpe’s own back catalogue. “Which I found challenging, because she’s a way better guitar player than me,” admits Turner.

It’s an album packed full of similar easter eggs, some of which will only be cracked if you listen to the accompanying podcast. No stranger to appearing on other people’s shows, Turner’s own takes a deep dive into each song, like a sonic Cliffs Notes. Produced in collaboration with Somethin’ Else it sees Turner talking to historians and experts at places important to the women on the record, from Jinny Bingham’s coach house – which is now Camden’s Underworld venue – to Cleveland’s Rock & Roll Hall of Fame which only last year honoured Rosetta Tharpe, the Dodge City’s Boot Hill Museum and Southwark’s Cross Bones graveyard. Each finishes up with Turner singing an acoustic version of the song. “I’m not someone who believes in the supernatural, but there’s definitely an imprint when you’re at the place that was important to them,” says Turner. “It feels like a nice honouring, and a way to say ‘hey, we’re still thinking about you’.”
The first episode of the podcast is available from 3rd July. There will be 13 episodes, releasing weekly and the podcast will be available from Apple Podcasts, Spotify, Acast and all other podcast platforms.