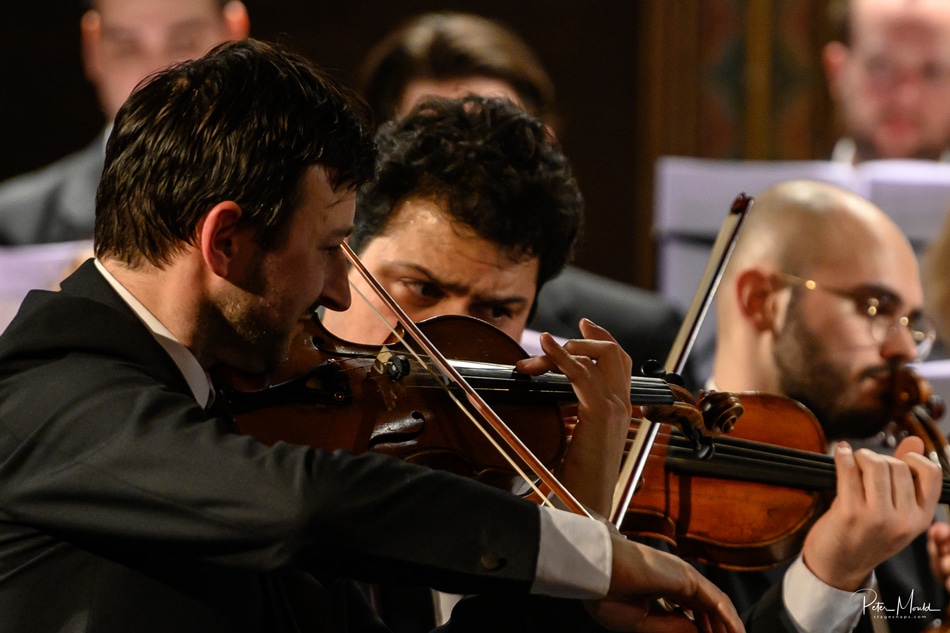 This exciting orchestral concert promises to be one of the highlights of the summer season.

This is a socially distanced event in allocated seating.

This concert opens with a delightful and much-loved Strauss gem. The operetta Die Fledermaus (1874) was one of Johann Strauss II’s most popular works – full of catchy melodies and plenty of excitement – and its quick pace, comic edge, and clever orchestrations proved ideal material for an overture. The melodies of the popular polkas and waltzes are light in style and Strauss skilfully interlocks them together. The fast-paced swirling of the strings and the sudden tempo and character changes offer an enchanting and exciting opening to any concert.

In many ways, this concerto reflects the underlying torment of the troubled years when Beethoven struggled to come to terms with his poor health and an increasing awareness that his hearing had sustained irretrievable damage. Premiered in 1803 with the composer himself as the soloist, it is a work full of power and poetry, with the piano at the heart of the dark drama. The whole gamut of emotions is traversed from tragedy to comedy, with the angry and turbulent force of the first movement juxtaposed with the consolation of tender, lyrical passages in the second movement, and the frisky rondo of the finale. Among the first to exploit the new piano technology developed at the end of the 18th-century, Beethoven not only explored the piano’s new range but was seemingly determined to show that the piano could be as powerful and expressive as the entire orchestra around it.

Dvorak’s atmospheric and dramatic Ninth Symphony (1893), bynamed the New World, was written while Dvorak was living and working in New York City. It broke new ground because it reflected both his American experience and his European roots. Dvorak greatly admired the beauty of African American spirituals and plantation songs and was also fascinated by Native American traditions. Melodies within the symphony echo the spirit of the different American cultures, and some sections are inspired by the story of the legendary Chief Hiawatha. But the work is also rich in attributes associated with the Old World too – with stylistic elements that are suggestive of Bohemian folk music and Slavonic dances – and the motivic and thematic links between movements are characteristically European. All this makes for fascinating and uplifting listening – glorious melodies, powerful orchestration, and transoceanic appeal.

with THE LONDON AFRICAN GOSPEL CHOIR