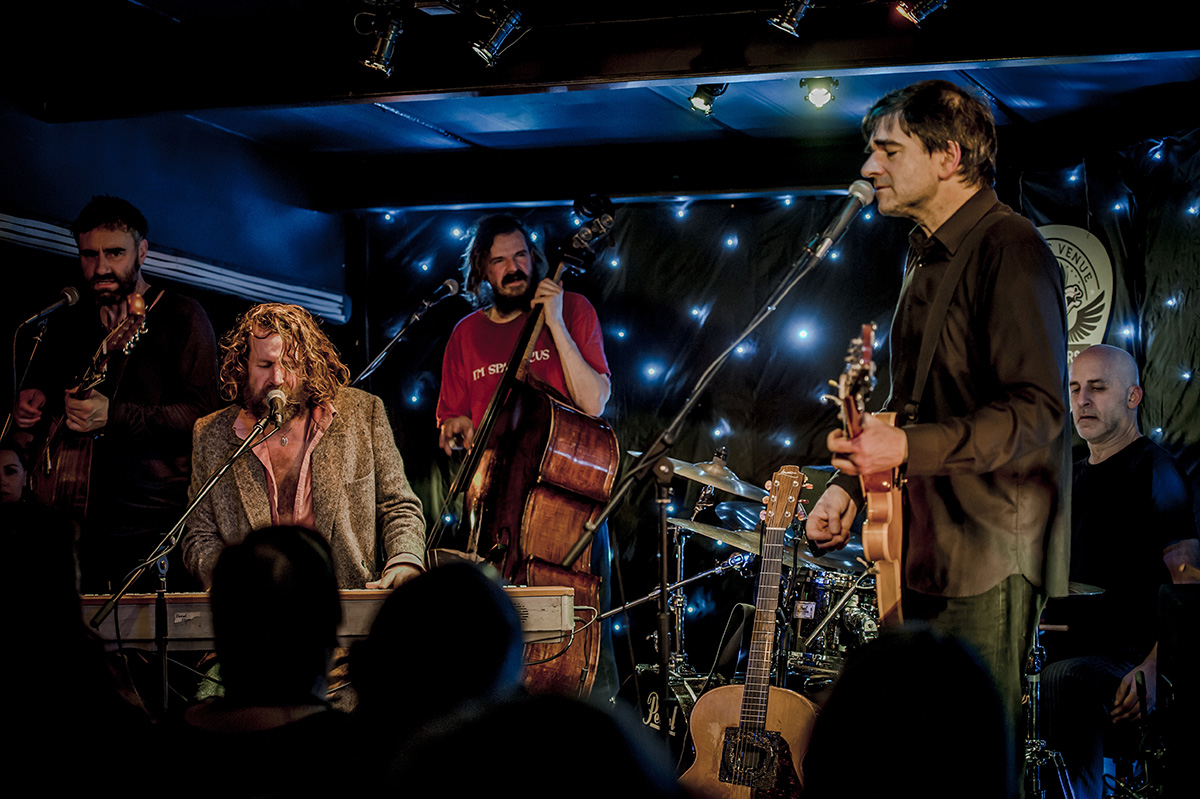 Something amazing happens when Hothouse Flowers step onto the stage – something that has been shaped by over thirty years of singing and playing all over the world, yet no two shows have ever been the same!

Hothouse Flowers are a rock n’roll band, traditional band, soul band and jam band with their own brand of jam on both sides of the bread!

There is a sense of musical adventure, an impulse to reach new heights and depths in music where the unspoken aim is that the band and the audience become one and the world becomes a different place for a while.

There is an unpredictable energy in the band that harkens back to their “Risk” days playing on the dancefloors of Dublin’s late-night clubs. They call upon their grand repertoire to create a show that is unique to the time and place. Improvisation can come at any point and allow the band express their brightest and their darkest influences. “Rock and Roll is not about safety or politeness, it is not about perfection either. It is expression and it is spirit.” Humour is also never far from a Hothouse Flowers night. They do not take themselves seriously however, there is no mistaking the musical integrity among them as they open up to each other in musical dialogue.

Fiachna, Liam and Peter are traditional musicians. This allows for moments of ancestral connection. From a Doors-like musical workout one minute, to an earnest and timeless offering to the memory of Currachaí na Tra Báine the next. A song inherited by Fiachna describing the blow inflicted upon a community and a family due to drowning. This moment and moments like these set the Flowers apart from almost any other band of their time and trade. They are carriers of culture and all of what that entails.

Despite the bands lengthy career which is now heading into its fourth decade there is a sense of unfinished business. Every night they want to play the best gig they have ever played and take the musical risks that can maybe make that possible. There are still songs to be written and emotions to share. Whether its in a tiny club, an arena or in a festival field there is a sense that the best is yet to come.

The bands recent touring in Ireland, the UK and on the festival circuit saw them reveal new material from their brand new album Let’s Do This Thing which is available now on www.hothouseflowers.com and will be on general release in Autumn 2018.

Plus support from The Mike Eldred Trio

plus support from Kristin McClement