All tickets are valid for the new date and there is no need to exchange.
Ticket holders have been contacted directly by email.
Read everything you need to know about reschedules and FAQs here.
DLWP is a charity and live gigs and their audiences generate income for us which has now stopped. We need your support more than ever. Click here to find out how you can help us.

With his hugely-acclaimed debut album Queen Of Denmark having just achieved Silver status in the UK, John Grant  This show will feature Grant performing as a duo with his long-time musical partner Chris Pemberton and performing classics from across his career on just piano and keys. Grant’s sold-out show at the Roundhouse garnered  a rave 5 star review in The Times. Special guest  will be Teddy Thompson . 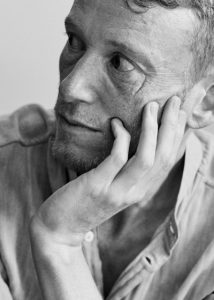 Called “one of the most gifted singer-songwriters of his generation,” by The New York Times, singer-songwriter Teddy Thompson is a native Englishman who has adopted New York City as his home; famously the son of singer-songwriters Richard and Linda Thompson, he emigrated to the States almost twenty years ago, barely out of his teens, to embark on a career of his own.

He was heavily influenced not by folk music but by such artists as Buddy Holly, Chuck Berry, Elvis Presley, and the Everly Brothers. As NPR reported, “He has said he didn’t listen to any music made after 1959 until he was 16. As a kid, he listened to early rock ‘n’ roll and country music exclusively.” This resulted in a unique voice that is at once rock and country, then pop and folk.

While music is in his DNA, Thompson sings with his own voice, a powerfully understated, emotional, echoey croon. (The Guardian)

Since arriving in the United States, he has released five albums to critical acclaim and has contributed to many works, including his solo “I Don’t Want to Say Goodbye” and duet “King of the Road,” with Rufus Wainwright, from the soundtrack to the Golden Globe- and Bafta-winning film Brokeback Mountain. He has also collaborated on projects with Rufus and Martha Wainwright, Jenni Muldaur, and others. Thompson recorded two solo songs for the soundtrack to the Leonard Cohen tribute I’m Your Man: “Tonight Will be Fine” and “The Future.” He also contributed two songs to the album The Songs of Nick Drake: Way to Blue, a retrospective on the late singer.

In 2015, Teddy and his family released the album Family, a collaborative project in which each member of the extended family wrote and recorded two songs–from wherever they live. This meant that recording took place from Los Angeles to London, then the final product was produced by Teddy in New York. It was released in early 2015 under the name Thompson.
Thompson is based out of New York City, where in his free time, he performs with his rockabilly cover band, Poundcake.

Teddy’s newest album, entitled Heartbreaker Please, will be released thru Thirty Tigers in the spring of 2020, with the first single ‘Heartbreaker’ to be released on Valentine’s Day.

An evening with Lloyd Cole

From Rattlesnakes To Guesswork

£28.50, £35Book
DLWP and Music's Not Dead in association with Pitch and Smith present