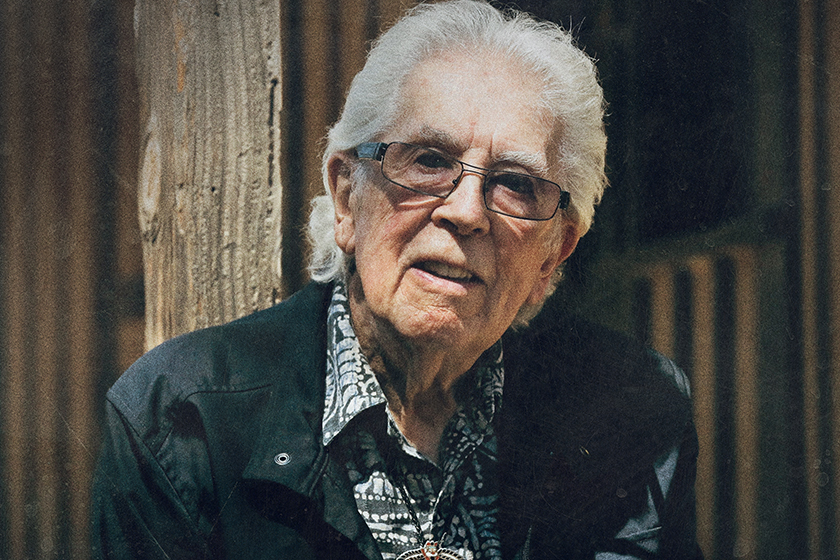 This show has been cancelled.

We regret to announce that John Mayall is cancelling the remaining dates of his European/UK/Ireland tour.

His management says: “He has been having some health issues, and though he is recovering well, the doctors are recommending that he take some time to rest and recuperate before he resumes touring. We are working on rescheduling the cancelled shows for next year and will update fans with new information as soon as we have it. Though John is upset about disappointing his loyal fans, we all feel that it is most important to protect his health so he can be well and continue doing what he loves for many years to come.”

If you purchased your tickets by card, expect to receive a full refund automatically within the next 3 days.

If you paid cash please visit the Box Office for your refund.

Born in 1933 near Manchester, England from an early age John was a fan of Jazz and Blues, passionate about the Boogie Woogie piano giants, learning to play the piano, guitar and harmonica in his teens whilst at Manchester Junior School of Art. Sometime after National Service in the South Of England & Korea, John Moved to London in the swinging 60’s where he formed The Bluesbreakers and provided backing for some of the Blues Greats such as John Lee Hooker, T Bone Walker, Eddie Boyd and Sonny Boy Williamson on their first English club tours.

Eric Clapton joined John & The Bluesbreakers after quitting The Yardbirds and they created the classic album ‘John Mayall’s Bluesbreakers featuring Eric Clapton’. Due to his increasing popularity Stateside, John moved to Laurel Canyon, LA in the early 70’s and enjoyed a revered music career throughout the decades that followed. John has also collaborated over the years with the likes of Billy Gibbons (ZZ Top) Steve Miller, Gary Moore, Jeff Healey, Mavis Staples, Greg Rzab (Black Crowes) and many respected Blues musicians.

The album was recorded at The Foo Fighters’ Studio 606 on the same legendary Sound City Neve console his one-time protégés from Fleetwood Mac used to record parts of the best-selling Rumors album.

“This project has been a true labor of love for me and I can’t wait for people to hear the fireworks that took place,” beams Mayall. Nobody Told Me is an apt title for the blues icon who suffered a recent unexpected health scare shortly after recording the album. But, the seemingly ageless road dog, who famously takes no days off and carries his own gear on tour, has been given a clean bill of health and plans to return to his usual grueling touring schedule to support the release.

Mayall’s last release, 2018’s Three for the Road, features cuts drawn from two exuberant concerts recorded live in Germany in 2017. “Sounding like a man half his age, Three for the Road is a heady cocktail of originals and ‘favorites’.” – Goldmine Magazine. The title is a nod to the trio format featured on Mayall’s 2017 world tour, which includes long time bassist Greg Rzab and drummer Jay Davenport.

As we roll into 2018, John is now embarking on yet another new direction. Noted Texas blues guitarist Carolyn Wonderland will be joining the band for a dynamic new chapter in John’s ongoing adventures. She will also have the distinction of being the first female guitarist to hold that position so watch out for some fresh excitement as the year progresses.

In addition to the live touring there is also a new studio album in the works which features a full blown lineup with guest contributions from an impressive list of extraordinary, well-known guitarists. We’ll have more information on that release soon.

So with the usual full calendar of live shows booked from coast to coast and all over the world, John Mayall’s prodigious musical saga continues, as vital as it has ever been.

From £25Sold out
Coastal Events Presents