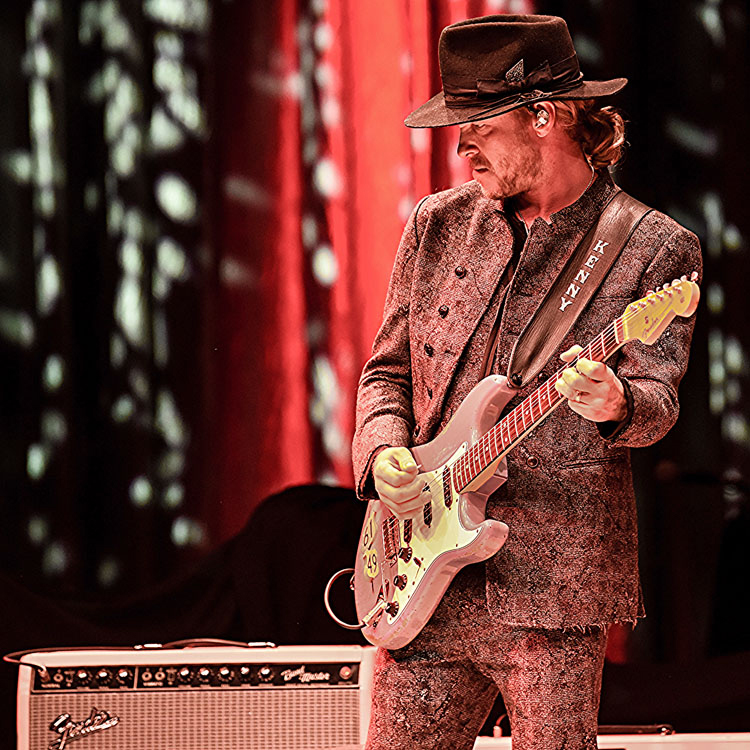 This is the new date for Kenny Wayne Shepherd, rescheduled from 15 October, 2021.

The 5 x Grammy Nominated Kenny Wayne Shepherd returns hot on the heels of their triumphant run of shows that included them packing out the iconic O2 Shepherd’s Bush Empire, London and blow away the crowd at the bands’ headline performance at Ramblin’ Man Fair in the summer, proving to be one of the highlights of the weekend.

Their most recent album ‘The Traveler’  sees them at their most powerful yet which saw Shepherd play live to an audience of 3 million people on the BBC Radio 2 ‘Michael Ball Show,’ appearances on the BBC Radio 2 ‘Blues Show’ and ‘Rock Show’ as well as A-List singles at Planet Rock Radio.

Gone is the young Louisiana gunslinger who erupted onto the early-’90s scene with his burn-it-down guitar solos and gut-punch songcraft. The 41-year-old he’s become is even more magnetic, still pushing his Fender Strat where others fear to fret. As a grown man and a father, there are different thoughts and feelings that have come into focus. Shepherd’s song ‘Blue on Black’ (From ‘Trouble Is…’) was recently covered by Five Finger Death Punch and Brian May with all proceeds going to the Gary Sinise Foundation.

The opening chapters of Shepherd’s journey started with the epiphany of meeting Stevie Ray Vaughan, the stage debut at 13 and the record deal at 16, with 1995’s million-selling debut album Ledbetter Heights laying down his calling-cards of soul-fingered fretwork and searingly honest songwriting. Even as early singles like Déjà Voodoo and Blue On Black infiltrated the US Top 10, and hysteria duly erupted around him, Shepherd’s artistic vision remained admirably mature on turn-of-the-millennium million-sellers like Trouble Is… (1997), Live On (1999) and The Place You’re In (2004). He has supported The Rolling Stones, B.B. King, Van Halen, Lynyrd Skynyrd, Aerosmith, Bob Dylan and the Eagles amongst others, performs as part of the Experience Hendrix tour and is one-third of supergroup The Rides with Stephen Stills and Barry Goldberg.

The Kenny Wayne Shepherd Band are a full force of nature live and these will be shows not to be missed.

From £51Book
The Gig Cartel Present