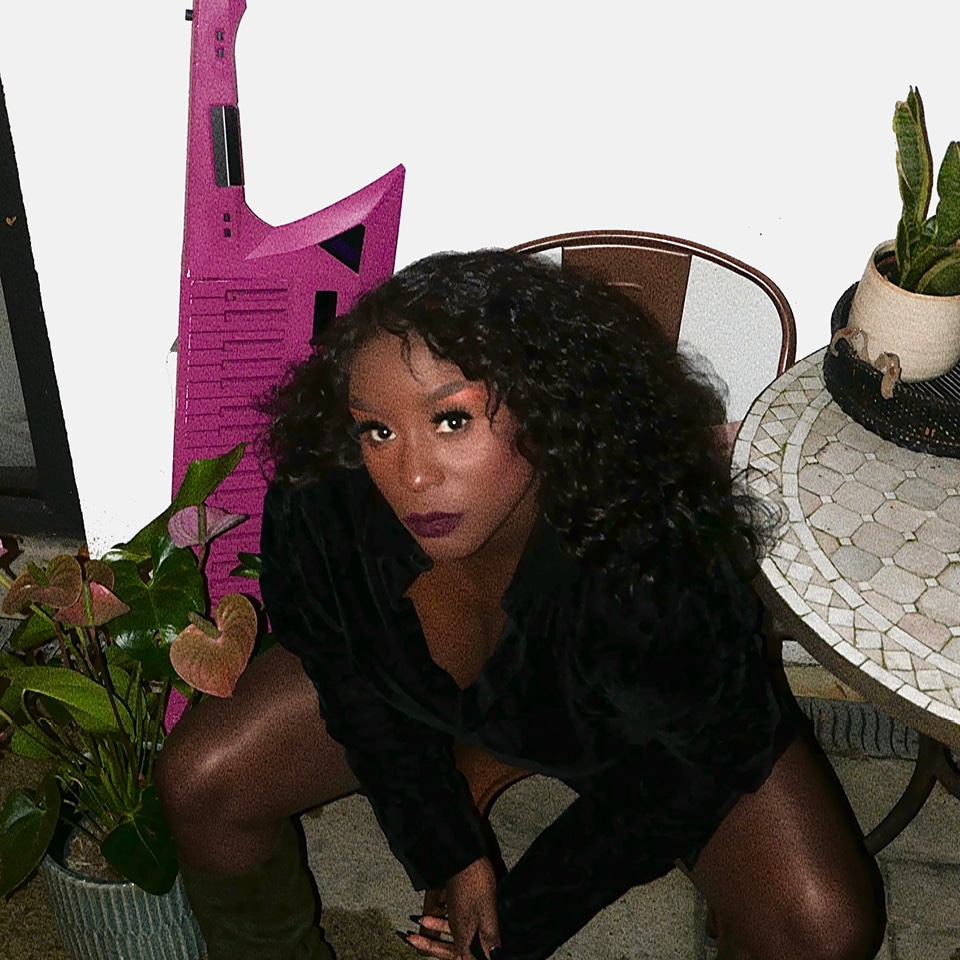 Laura Mvula has been shortlisted for the 2021 Hyundai Mercury Prize, for her critically acclaimed new album ‘Pink Noise’ out now via Atlantic Records. Laura will be performing this record and more at DLWP in 2022.

‘Pink Noise’ has seen critical acclaim across the board, NME’s ⅘ star review hails the record as being “steeped in liberation, not bitterness – it isn’t just a heartening comeback, but an absolutely sparkling pop album”, and The Sunday Times Culture name ‘Pink Noise as their ‘Album of the Week’ saying, “the classically trained Brum composer and songwriter sashays through a sequence of songs that affirm her position as one of this country’s most distinctive artists”. Loud & Quiet praised the album’s “sparkly synths, super-tight rhythm section and huge production” with MOJO’s 4 star review calling Laura “a gifted arranger with a distinctive cri de coeur and this is where she soars”.

‘Pink Noise’ explores a side of Laura previously uncharted.  As triumphant as ever, the album is a battle cry and stark reminder of the sheer talent of the critically acclaimed artist.  This is Laura in a new found light – still reflecting her distinctive signature sound but showing the progression of an artist who has come into her own.    It’s an album borne out of both intense struggles and the positive realisations that come when you emerge reborn on the other side. Lyrically it touches on ideas around break-ups – both personal and professional – but also a hard won appreciation.

“This is the album I always wanted to make. Every corner is made warm with sunset tones of the 80s. I was born in 1986. I came out of the womb wearing shoulder pads. I absorbed the dynamism of the 80s aesthetic right from my first moments on this planet. Wrestling with identity seems to be one of the rites of passage of the established artist. Making ‘Pink Noise’ felt like the most violent of emotional wrestling matches. It took 3 years of waiting and waiting and fighting and dying and nothingness and then finally an explosion of sound. As if it was always here this record is my most honest and unapologetic flying of the freedom flag. In my adult years I had forgotten how important dance was to me as a vital tool of my creative expression. I brought it back, just for me, so I could find my delight in dance again. And now I can’t stop dancing. I can’t wait to play this album live.”

As one of the most exciting musical talents to come out of the UK, Laura has previously won an Ivor Novello Award for Best Album, has been nominated for the Mercury Prize three times, BBC Sound Poll, the BRITs Critics Choice Award, two BRIT Awards in 2014 (British Female Solo Artist and British Breakthrough Act) and won an incredible two MOBO’s in 2013 (Best Female and Best R&B/Soul).

Having caught the attention of her musical hero Prince while performing for the first of two times on the Pyramid Stage at Glastonbury, Laura has gone on to travel the world, selling out shows and captivating crowds at every destination. Crowned “Queen of the Prom” and given a five star review from the Evening Standard for her Proms 2014 Late Night performance at the Royal Albert Hall, Laura’s critically acclaimed career has led her to work with real-life inspirations Nile Rodgers and touring with David Byrne.

Laura celebrated the release of her new album with a sold out headline show at London’s Village Underground September 2nd.

‘….stories, questions and some surprises…’