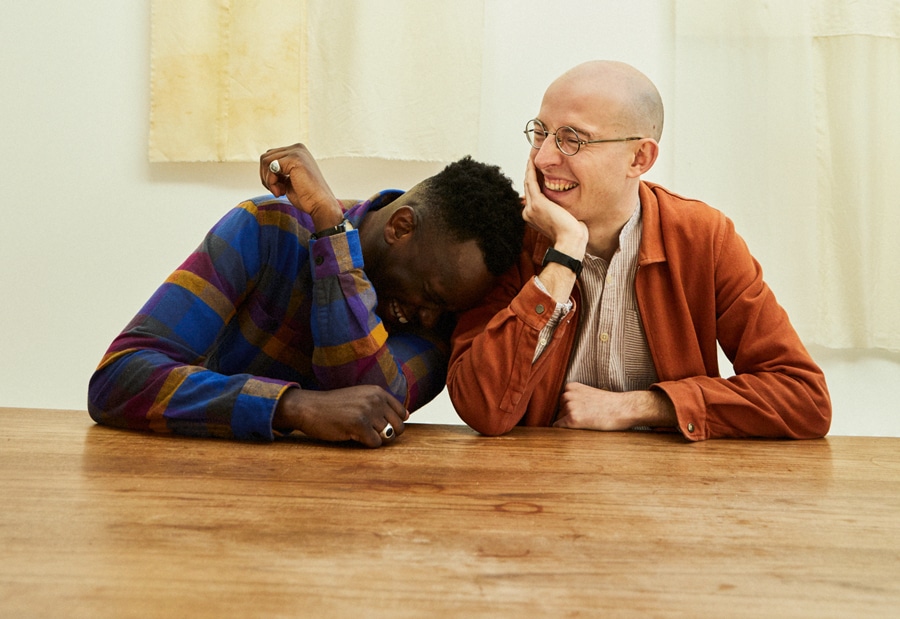 To celebrate the release of the new album from Mr. Jukes & Barney Artist 'The Locket' they'll be playing a special instore at Music's Not Dead at the De La Warr Pavilion

Tickets can only be purchased online.

Album is now available to collect from Music’s Not Dead.

In the main foyer by Music’s Not Dead.

The Locket is the coming together of two masters of their craft to create something hopeful in a time of unrest. Its title track refers to memories of happier times: “we fill a locket with memories we protect, and don’t forget to keep it round your neck.” It’s a reminder to focus on positivity in the face of adversity. A collaborative project designed to be enjoyed together. A celebration of music, unity and looking ahead. It couldn’t have come at a better time.

During a period of prolonged inactivity for Bombay Bicycle Club, frontman Jack Steadman scratched an itch to do something by himself. He went by the moniker of Mr Jukes and released an album, God First, in 2017. We say ‘by himself’ but it was very much an open-door policy, resulting in a collaborative record that brought contributions by legends such as Charles Bradley, De La Soul, Horace Andy, Lianne La Havas, BJ The Chicago Kid and Lalah Hathaway. The project also features a contribution from Barney Artist, who Jack had quite simply stumbled upon on a Spotify playlist and never forgotten.

Barney’s music takes the vibrance of jazz infused hip hop but with a London feel.  Growing up in Forest Gate, East London, Barney balances conscious themes with old school grooves to create something instantly likeable, like the artist. He’s a larger than life presence, fun to be around and a searing, peerless talent too. A collaborator by nature, Barney grew up around Tiana Major9 and Jay Prince and has made music with Tom Misch, Loyle Carner, Alfa Mist and Jordan Rakei.

Barney’s contribution to God First, “From Golden Stars Comes Silver Dew” (also featuring Lalah Hathaway) proved to be a standout and planted the seed for The Locket. Bonded by old-school American hip-hop of a certain vintage and the back catalogue of A Tribe Called Quest, the two artists instantly fell into step with one another. There was no clear plan or brief to fulfil for a full-length Jukes X Barney project, but both artists instinctively knew that it would be a waste not to explore the potential they’d uncovered. They were right, clearly.

The Locket features ten tracks cut from sessions that span over eighteen months. It’s sunshine-dappled, psych-tinged, hip-hop flavoured, leftfield pop. Samples and beats, bars and this unique sort of retro futurism that zips from sepia-tinged to full technicolour almost as fast as Barney’s flow. So many reference points that burst at the seams trying to pick a genre. Perhaps most importantly, it’s an utterly joyful listen from start to finish; invaluable in a time when everyone is hard-pressed to find ways to brighten their days.

All ages. Under 14s must be accompanied by an adult

From £28.50Sold out
DLWP and MND present

Love Will Be Reborn