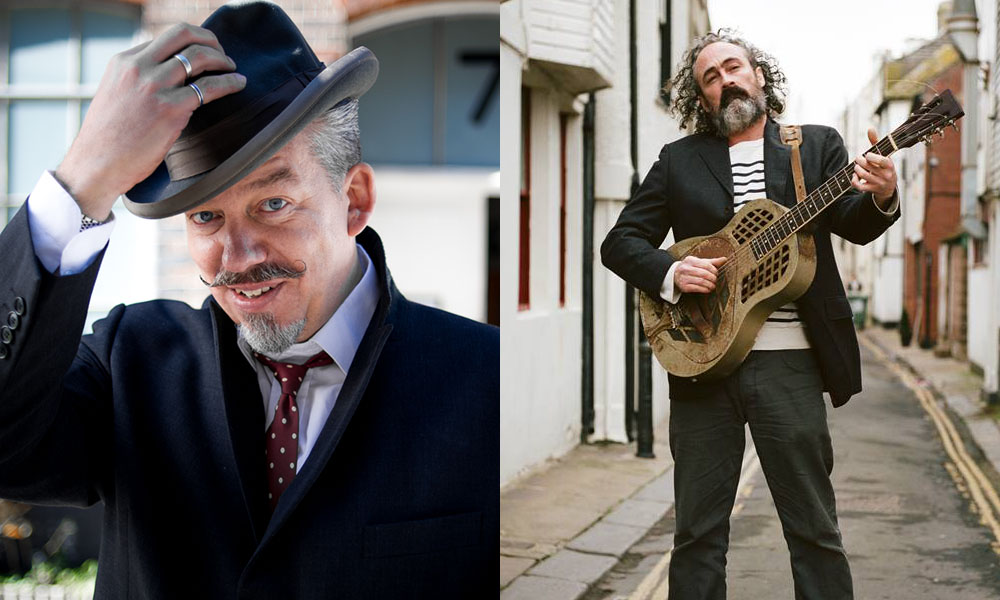 Memorably described as a “suave impresario” by The Independent and “the Godfather of Electro Swing” by The Daily Telegraph, Nick founded the Brighton-based independent label and music publishing company in 2005. Among many notable successes, the label was the first to launch Electro Swing in the UK with the award-winning White Mink : Black Cotton compilation series. The CD launch party gave birth to the worlds first Electro Swing club in London in 2009 while the compilation itself went on to become a multiple silver-disc’d series awarded the accolade of “electro-swing’s first landmark moment” by Mixmag in 2010.

In late 2011 Freshly Squeezed expanded further becoming a weekly 2 hour radio show hosted by Nick Hollywood on Brighton’s Juice 107.2FM and featuring an eclectic mix of vintage and vintage-remixed sound. The show has subsequently been syndicated to Kiss FM in Australia, and to FM stations in Germany, Turkey and across North America.

In 2005 Toby Barelli aka KING SIZE SLIM began experimenting with a new sound. A sound fully conscious of its roots but with a new story to tell. Having spent the previous 4 years touring and recording with TwoTone pioneers The Selecter along with other Ska and Reggae luminaries, the sound was always going to be rhythm led, heavy on the bass and rootsy in the melody. The trademarks of that sound emanate from a road-beaten Resophonic guitar, a powerful and direct vocal style and a peculiar rhythm section of Double Bass and a duo of Percussionists.  It‘s a heavyweight acoustic sound that shouts loud and kisses sweet.