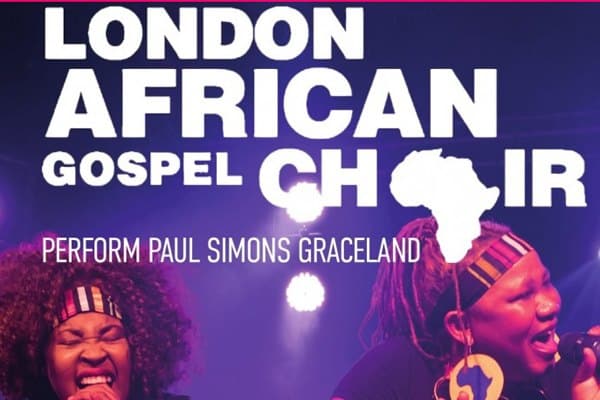 After coming across a bootleg cassette of South African township music in the early 80s, Paul Simon was totally smitten by the infectious & irresistible rhythms. He travelled to Johannesburg, spending two weeks there, recording with the absolute cream of South African musicians.

That epic session, went on to form the basis of his most commercially successful album ever, Graceland. It became a true global phenomenon, winning Grammys in both 1987 & 88, shifting 5 million copies Stateside & then another 2.5 million copies in the UK alone, featuring the hit singles, ‘Diamonds on the Soles of Her Shoes’, ‘The Boy in the Bubble’ & it’s biggest smash – ‘You Can Call Me Al.’

The total richness & harmony of the Choir’s rhythmic, uplifting, evocative & empowering voices, create an overwhelming musical event. Ask anyone lucky enough to have experienced this astonishing show before & believe what you hear…To compare this show to anything else, would be like trying to measure love, or joy, with a ruler. 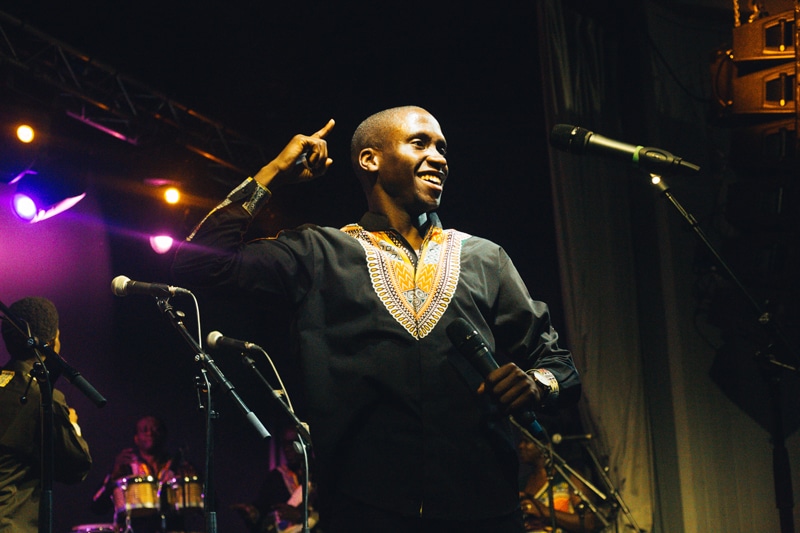