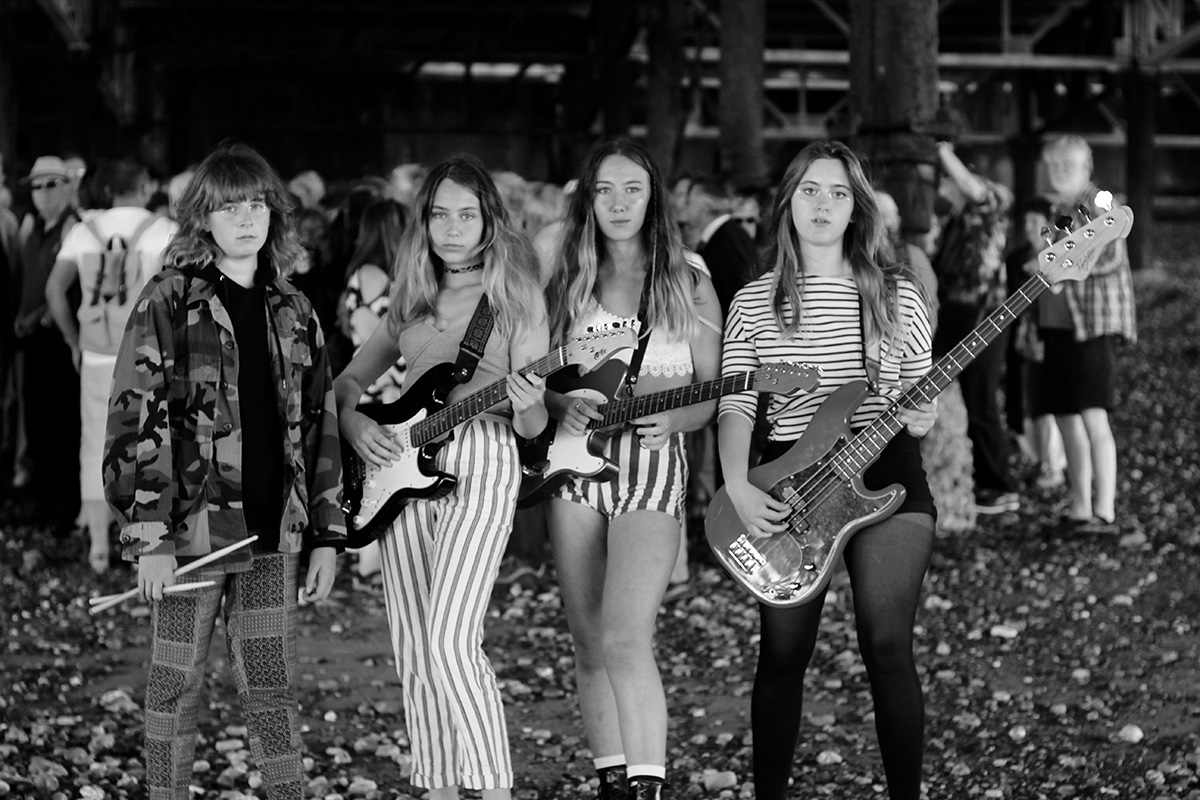 The Kiffs, photo by Alice Dindar

The art of concise presentation. Curated by Sweet and Dandy as part of Coastal Currents Festival

A panel of inspiring speakers will show 20 images, each for 20 seconds, and present their ideas in just 6 minutes and 40 seconds!

The presentation format was devised by Astrid Klein and Mark Dytham of Klein Dytham architecture. They held the first PechaKucha 20×20 Night in Tokyo in 2003, and now support a global network of events happening in over 900 cities.

Please purchase tickets in advance as we regularly sell out.

Alex Brattell is a commercial and editorial photographer. His personal darkroom prints exploring mind and perception, ‘an ongoing psychological reportage’, form a continuous thread through his career and have been widely exhibited. Brattell started photographing in 1981 for the Liverpool music & arts fanzine Breakout and now works as a photographer for artists, performers, galleries and cultural institutions. He has been a visiting lecturer at British art colleges since 1996 and has photographed the Coastal Currents Arts Festival since 2011.

For the last 25 years I have worked in the Arts and in Education. I trained as an actor at Rose Bruford and I was the Artistic Director for 2 leading fringe theatres in South London. After moving to Hastings in 2004 with my husband and 3 sons I have worked at a senior level in Education, created a holistic wellbeing centre in a local secondary school and co created The Eggtooth Project. I am a connector and I thrive on linking people and places to places and people and most importantly I love connecting people with people. I have done this all my adult life.

Taking anomalies of the space, he seeks to test or expand alternative body/site relations with regard to space and thinking.
The results are immersive, be they absurd or beguiling taking the form of site-specific wall drawings, films, performances and installations.

Burgoyne proposes new dialogues and frameworks that seek to generate a condition of becoming, translation and flux instead of stasis; a site of experience rather than merely location.

Emily Peasgood is an award-winning composer and artist. From interactive sound works for galleries and public spaces to intimate installations and large-scale community projects, her work uses intricate sound and technology design to focus on creating a connection between people and locations that have become forgotten and unvalued, often rooted in political realities. Peasgood’s work is described as magical (The Times), evocative (The Telegraph), and memorable (A-N). Recent works include: The Illusion of Conscious Thought (Coastal Currents, 2018), Requiem for Crossbones (Merge Festival, 2018), Halfway to Heaven (Folkestone Triennial 2017), and BASCA nominated BIRDS and other Stories (2017).

Deborah Bowness, grew up in Yorkshire and has been designing, making and exhibiting wallpaper since 1999. Today she lives and works in St Leonards‐on‐Sea. Here Deborah has set up a print room, printing wallpapers and dispatching them to clients across the world. Graduating from Leeds College of Art & Design with a BA(Hons) in surface pattern and textile design, Deborah went on to obtain an MA(rca) in constructed textiles from the Royal College. It was at the RCA when Deborah began to challenge preconceived notions of wallpaper and wallpapering.

Grant Cieciura is a member of the Speculative Art collaboration Antivoid Alliance. A-A have a shared interest in utilising hyperstition as a methodology for creating xeno-futurist artworks and performances. Their work tests contemporary attitudes to technological progress and probes anxieties regarding the emergence of the suprahuman.

I am Statis Beatnik, a digital creative. I make Music, Video, Images, Photography, Graphics, DJ, Design and more…..all digitally. I have created videos and visuals for Brands from Montblanc to Kellogs, produced music for Kelis, All Saints, Thundercat & Google, DJ’d in Ministry of Sound, watching sunrise in Ibiza and on a beach in Norway, directed Events for Bacardi, L’Oreal and Redken and even opened for Janelle Monae!