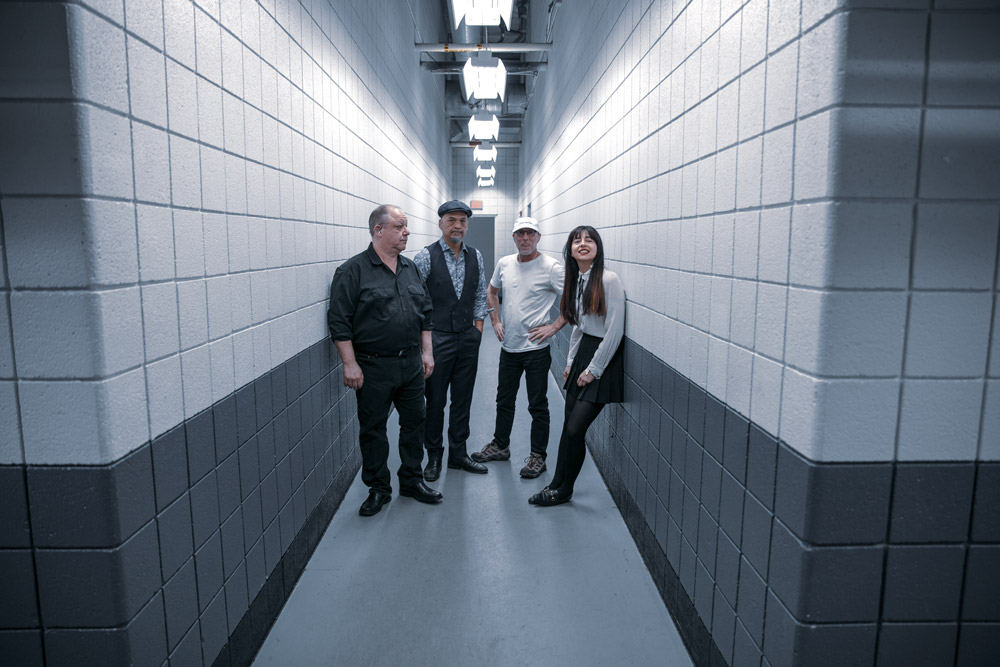 THIS EVENT IS SOLD OUT

Before beginning their European tour, Pixies will play a very special show at the Pavilion, giving fans a first taste of their new album.

While Pixies have been acclaimed as the most influential, pioneering band of the late 80s alt/rock movement, having blazed the trail for artists from Nirvana to Radiohead to Pearl Jam, today, a whole new generation of music fans are discovering their iconic “loudquietloud” signature sound.

Pixies’ shows are simultaneously electrifying and lo-fi with focus on the music and almost no between-song banter. The band will rehearse and be prepared to play some 90 songs from all points of its career as well as introducing songs from the new album. And, as there is no nightly set list, the songs that are performed at every show are determined mere seconds in advance. From a live onstage mic that feeds only to the band members, sound engineer and lighting director, Black Francis calls out what the next song will be. Explained David Lovering on the nightly customization of the sets, “The best is when you can sense what the next song should be based on the atmosphere in the room. That’s really, ultimately what we’re going for, to read the room and to be able to make the right choice.”

As has been Pixies’ long-time custom to thwart ticket scalping and put face-value tickets directly into the hands of their fans, the band will be implementing as much anti-scalping and anti-secondary resale measures as possible.

Tickets limited to 4 per person/household.

Lead booker name to be printed on tickets, ID required upon entry.

T&Cs for names on tickets:

All ages. U14s must be accompanied by an adult 18+
U14s are only allowed in the seated area.

From £25Sold out
DLWP presents