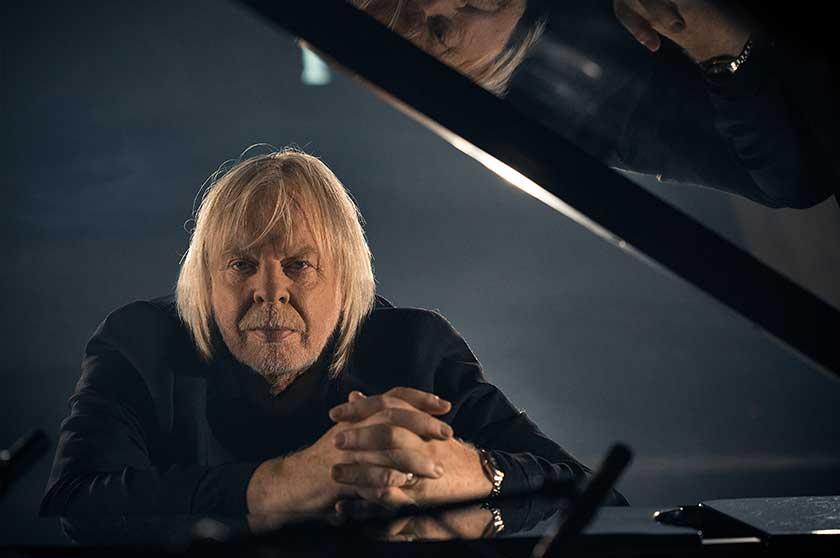 Following the hugely successful Piano Portraits tour last year, in support of the album of the same name, Rick Wakeman will return in Autumn 2018 with a new show based on the follow up release, entitled Piano Odyssey.

The now twenty-six date tour will feature even more classic tracks given Rick’s unique piano treatment, and will travel to towns and cities not previously visited in 2017.

Rick says, “In the footsteps of Piano Portraits, the new album Piano Odyssey features a collection of music old and new that includes some particular favourites of mine. I’m looking forward to performing tracks from it live on my own odyssey around the UK in the autumn!”

Upon the release of his Piano Portraits album in January 2017, the YES keyboardist made chart history, becoming the first solo piano album to enter the UK’s Top 10, eventually reaching number 6. Inspired by the unprecedented public reaction to his cover of Bowie’s Life On Mars on BBC Radio 2 a year earlier, the album features instrumental versions of hits that Rick was originally involved with, such as Space Oddity and Morning Has Broken, as well as others which he chose for their melodies, including Stairway To Heaven and Help!.

The 2018 concerts will be based on a selection of tracks from both Piano Odyssey and Piano Portraits, showcasing music that has a special connection with Rick’s own personal musical journey, all accompanied by his hilarious memories and anecdotes about the tunes, plus a few musical surprises.

In December, an additional special Christmas tour will follow, in which the setlist will be given a distinctly seasonal twist.