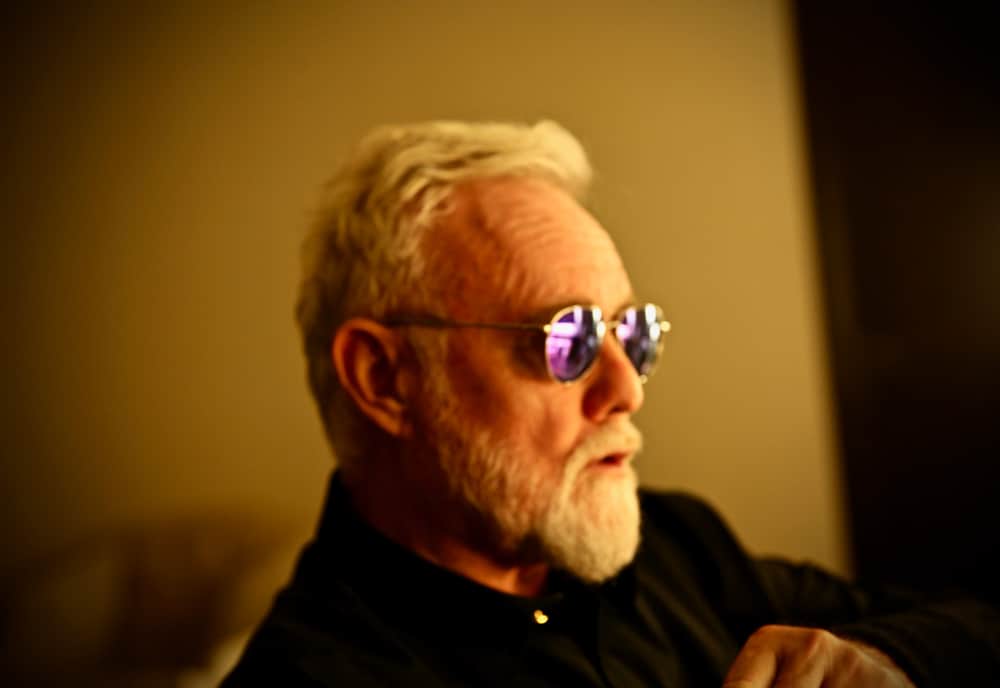 Rock icon Roger Taylor made the surprise announcement today that he will play a UK solo tour this Autumn, introducing brand new material and revisiting some of his very own Queen classics.

With the pandemic putting Queen + Adam Lambert’s epic UK and European tour on pause until 2022, the acclaimed drummer has decided to hit the road for a set of intimate shows. The upcoming concerts will showcase his distinctive percussive, vocal and songwriting talents that have been integral to Queen’s live and recorded output since 1970.

Marking his first live performances outside Queen in over two decades, Taylor will tour the UK across October playing 14 shows that will coincide with the release of his latest solo album Outsider on October 1.
As the songwriter of many of Queen’s biggest hits and much-loved tracks including ‘A Kind of Magic’, ‘Radio Ga Ga’, ‘I’m In Love With My Car’, ‘Sheer Heart Attack’ and ‘These Are the Days of Our Lives’, while also being one of rock’s most distinctive vocalists, Taylor promises a solo tour with an enthusiastic foray into Queen and his own classic catalogues, while also including new songs written in lockdown that feature on the multi-instrumentalist’s new Outsider album.

“For some time now, we’ve all just been trying to get by,” says Taylor. “Now, it’s back to the basics, myself and some great musical pals getting back out there to play some rock. Obviously we’ll include some of the Queen classic catalogue, and some of my earlier solo work, but we’ll also be introducing them to some of the new stuff. So we hope folks are going to come on down.”

The rock legend will perform with a specially assembled band for the tour made up of Queen + Adam Lambert’s keyboardist Spike Edney and supporting drummer Tyler Warren, plus guitarist Jason Falloon and Goldfrapp live players keyboardist Angie Pollock and bassist Charlie Jones.

Maximum of 6 tickets per customer.