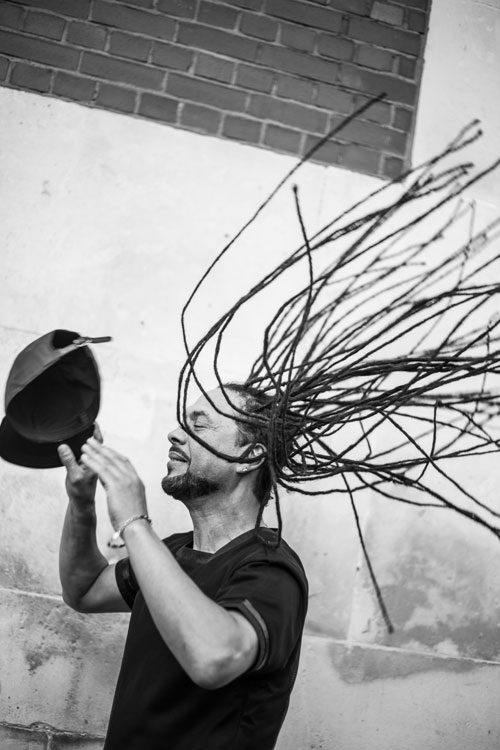 Join us on Sunday 25 August for all day beach - side terrace and auditorium party.

Timings for the day

Head down to DLWP on Sunday 25 August for live music in the Sussex sun with the best of local music and DJs. Then in the evening, move inside for an exclusive set from Roni Size, supported by Scratch Perverts and Dat Brass.

After a 2016 stacked with summer festival appearances and a 2017 spent touring a groundbreaking audio visual live show, it was Roni’s 2018 UK and European tour that had fans in all corners of the globe out in their thousands, including sets in the US, Australia and Brazil. Now bringing his Exclusive Influences set to Bexhill, Roni Size will leave no one in doubt that the last 20 years have made him one of the best that UK drum’n’bass has in its locker.

Also exclusive to ticket holders will be turntable pioneers Scratch Perverts, who’s history of DJ battles and genre-breaking has landed them supporting sets with the Beastie Boys and The Sex Pistols in their whirlwind career. Plus, the 10-piece, high energy Dat Brass will be bringing London’s punk-jazz underbelly to our auditorium supercharged with samples from new school classics, blistering improvised solos and leg-breakingly huge drops.

Roni Size’s whole life has been about building something new from whatever was around him. From Bristol youthclub parties, through the white heat of rave and the founding moments of jungle and drum’n’bass, to transforming underground electronic music into something that could be played by a live band on the biggest arena and festival stages, he has at each stage created completely afresh – not just a sound or style but an entire methodology of how music can be made. And each time, that new creation has reflected his heritage, his surroundings and the precise moment in which he’s operating.

He continues to be in high demand with the world’s best festivals and events and with the promise of more brand new Roni music coming in 2019, the sky always has been and still is the limit for Roni Size.

20-years ago, The Mercury Prize win for his ‘New Forms’ album brought D’n’B to the forefront of dance-music news, making even the rest of the industry – where reactions had up until that point been bemused – sit up and pay attention. For several years thereafter Roni and team were on top of the world, succeeding as solo artists as well as a collective, maintaining underground credibility yet receiving Brit awards and even collaborating with some of the biggest names in hip hop.

It was in 2017, as we fully appreciated the legacy that Roni has created for drum’n’bass, that the next chapter began. Roni toured his groundbreaking new audio visual live show, a combined live instrument and hardware show that features state of the art production and 3D effect projection mapping celebrating 20 years of New Forms. Roni took the groundbreaking live show on the road to festivals in the UK and Europe as well as on extensive tours of the US, New Zealand and Australia with no let up as he also DJ’ed at the very best clubs and festivals throughout the globe.

The anniversary re-release of New Forms (on Universal and featuring the live set together with brand new remixes, edits and tracks) garnered huge support across digital and print media as well as on radio. With premieres from MixMag and Tsugi, rave reviews and coverage by NME, Fact, DJ Mag, Clash and many others along with multiple plays on BBC Radio 1 and BBC Radio 1 Xtra, Roni cemented his position at the top of the game.

The man from Bristol showed no signs of slowing down, as he took to the road with UK and European live tours in 2018 and continued to travel to all corners of the globe to play clubs and festivals including Dirtybird Campout, Noisily, Blue Dot, Output, Creamfields and SW4. Roni will be finishing 2018 with shows in the US, Australia, Asia and Brazil as well as with guest spots on BBC Radio and will be teasing fans with some high profile remixes and new music ahead of big news in 2019… 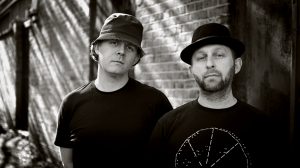 There are very few who are truly considered pioneers. Whose influence on their chosen field is as widely felt or as far reaching. In the Scratch Perverts case there’s no doubting such pioneering status. The history and pedigree of Tony Vegas and Prime Cuts is well known. A history that revolves around Soho record shops such as Soul Jazz, Mr Bongo and Deal Real in the mid 90s. A love of hip hop but a deep love of music in general helped lay the foundations of a crew formed under the moniker we all know today. The Scratch Perverts came together with one ideal: to be the best and take on the best DJs put in front of them. And that they did. ITF titles, solo DMC titles plus two World Team DMC titles as the Scratch Perverts in 1999 and in 2000 as the Perverted Allies followed. They took on the world and won, leaving behind an unmatched legacy as DJ battlers.

Their reputation as turntablists would lead the Scratch Perverts into a whirlwind career as DJs. As residents at Fabric since the beginning, they showcase a knowledge and understanding of music and how its meant to be played. Traversing all styles, the Scratch Perverts cross over genre lines with ease in a way thats pleasing on the ears but similarly entertaining on the eyes. Check out their Fabric Live 22 mix for proof. Where else would you get Foreign Beggars, DJ Shadow, Radiohead and Ed Rush & Optical to sit next to each other so seamlessly? Their skills have taken them round the world and back, got them support slots with the likes of the Beastie Boys and The Sex Pistols and seen them involved with the computer game DJ Hero. Let’s face it… you don’t get asked personally by John Peel to play his 60th birthday unless you’re pretty damn good.

Like their approach to battling and music, the Scratch Perverts are about evolving and moving forward. On the agenda for 2014 and beyond is more original music from the duo. A career spent playing other peoples can sometimes lead to the neglect of your own. Not anymore. A dedicated studio space now means Prime Cuts and Tony Vegas can focus more energy on finishing and releasing material. As always the pair are embracing various styles of music to help shape their sound. Which as original hip hop heads, a genre which prides itself on outside influences, resonates perfectly with the Scratch Perverts ethos. As the guys state: “When it comes to making music, we think the aim is to release work that you feel proud of, both today and in the future. We don’t really feel a pressure to comply with any particular trends in music. We would just like to offer something that is well made and honest.” 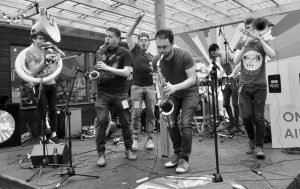 Their relentless live shows have become known as some of London’s loudest get-downs.

Summer at DLWP is sponsored by