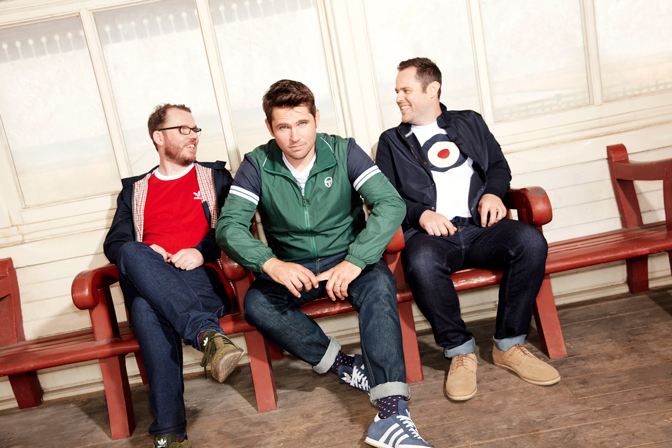 Scouting For Girls announce a mammoth headline tour for the release of their new album, The Trouble With Boys

Two years after officially marking a decade since the release of Scouting For Girls’ unstoppable million-selling eponymous self-titled debut album, the band are excited to announce the release of a brand new album ‘The Trouble With Boys’, consisting of unmistakable pop anthems set to have fans all over the world singing along in unison – set for release September 20th through Sony Music.

The first single from the upbeat, fun and infectious new album is the satisfyingly catchy summer anthem ‘Grown Up’. Fans can grab a sneak peak and enjoy a taste of what’s to come by watching the teaser video here.

Throughout Scouting For Girls’ immensely successful career they’ve sold over 1.5 million albums, two million singles, had four Brit Award nominations, an Ivor Novello nomination, had four top ten singles, sold-out Wembley Arena, The Royal Albert Hall and most recently sold-out The London Palladium and had a series of hit singles all of which were inescapable radio smashes. Scouting For Girls continue to prove they are unstoppable.

All ages. U14s must be accompanied by an adult 18+
NO FLASH/RECORDING

Customers should be aware that under 14s are not permitted in standing areas and that accessible seating is only available if requested through the Box Office.

From £24.50Sold out
Off The Kerb presents