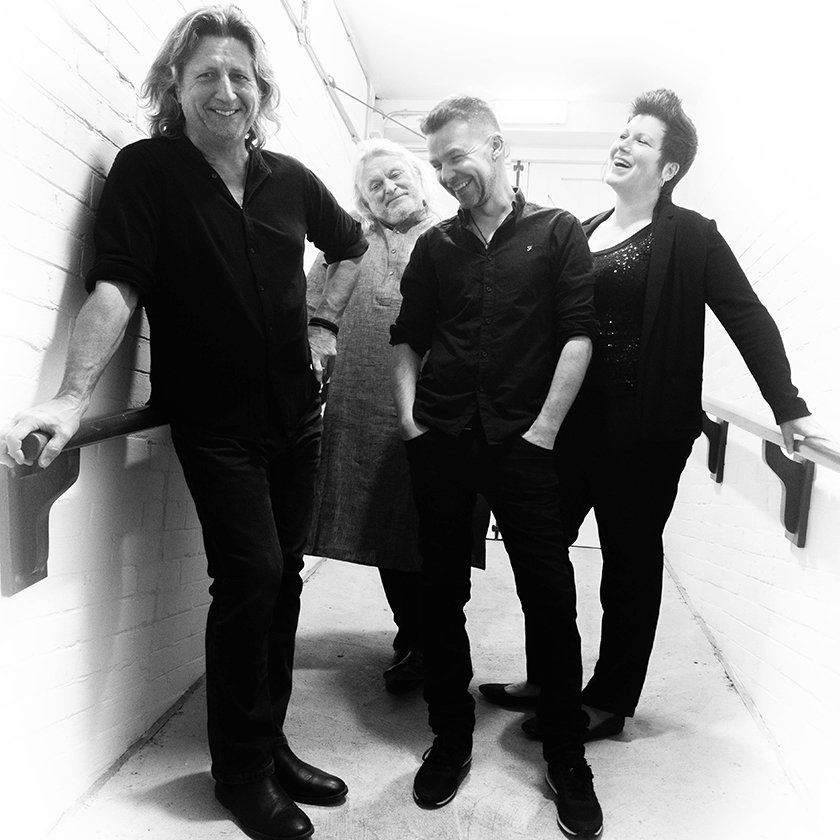 MOLE'S MUSIC PRESENTS Show Of Hands Now We Are Four

The multi-award-winning English acoustic roots/folk duo Show of Hands are coming to the Pavilion this autumn.

Show of Hands fans rejoice as Steve Knightley and Phil Beer, two undisputed kings of the folk, roots and acoustic scene reunite with long-term collaborator Miranda Sykes for a brand-new album and tour for 2019.

Bass and vocal queen Sykes was much-missed during her recent sabbatical, and excitement is building around her return to the fold.
And there’s more, because the trio is expanding to include master percussionist Cormac Byrne who returns with his blistering additions by popular demand. There’s no doubt that Show of Hands the four-piece, now something of a supergroup, and their combined musicianship is guaranteed to sound nothing short of magical.

There are no support acts on this tour, and instead during the opening set each musician will introduce themselves and play in six unique duo combinations where literally anything could happen! This will be an evening spent immersed in the talents of some of the most accomplished musicians of their time, and is not to be missed.

Steve says, “With the heartbeat and harmonies that Cormac and Miranda add, we are at last creating a sound we’ve dreamed of making for twenty-five years!”.

The album and tour promise infectious new songs and a sound with more depth and intensity than ever before. Now We Are Four is destined to be the festival hit of 2020, and you saw it here first.

*If you are under 21 or bringing somebody that is under 21 please add the concessionary tickets to the basket to receive this limited discount.
Any tickets purchased under this offer will be Box Office collection only and a valid ID may be required.

From £26.50Sold out
Coastal Events Presents

From Eternity to Here plus special guests Johnny Hates Jazz