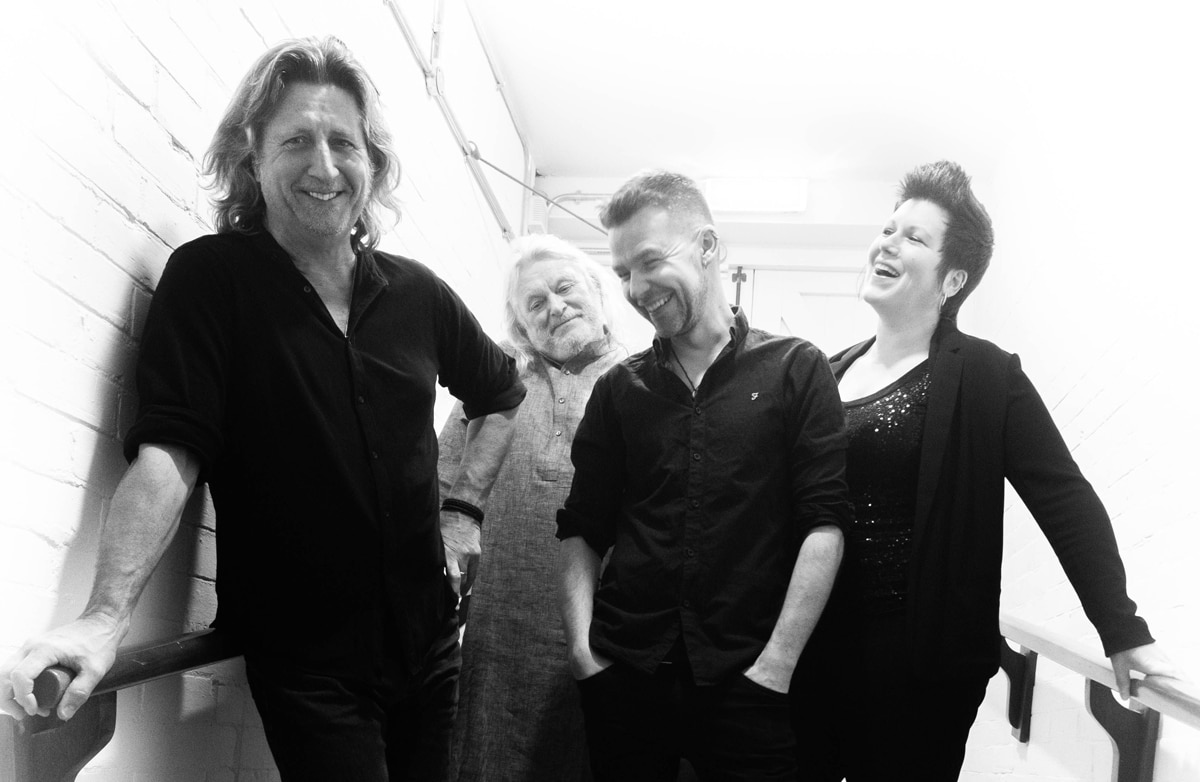 Show Of Hands The Best One Yet

For the first time in two years, iconic folk supergroup Show of Hands are reuniting to take their most popular songs to the neglected stages of the UK. Phil Beer, Steve Knightley, Miranda Sykes and Cormac Byrne will reunite on stage for 22 captivating performances of their award-winning hits and festival favourites from 27 October 2021, two years since they last performed to the public. The band will perform a mouthwatering compilation of their iconic signature tracks from the last 25 years, including their two Folk Award-winning songs, ‘Arrogance Ignorance Greed’(AIG) and ‘Country Life’. The second half of the evening will see fans entertained by their most requested festival and concert favourites.

Lead singer and songwriter Steve Knightley says: “It’s been a long two years and we’re excited to get back out on the road. That’s not to say we haven’t been busy – we’ve delivered 7 documentary films, over 50 online shows and of course, the Secret Garden concerts. But nothing compares to actually standing on stage with Phil, Miranda and Cormac.”

“For us it’s about playing to the Show of Hand’s live audiences. We’ve been described as ‘the people’s band’ because fans bring their friends along and we have that organic connection with them. We’ve all been without our communities for so long, so being together for this tour – performing for the fans in person – is going to be priceless.”

Included in the hits will of course be the band’s latest single, ‘The Best One Yet’, a rousing, festival anthem tale that captures the need for musicians to get out once more and play live again.

Steve adds: “‘The Best One Yet’ almost wrote itself. It marks the end of a difficult era for everyone. This track really denotes the celebration of returning to normality – returning to the green fields of Glastonbury and festivals throughout the land.

“The online stuff has been great, but we all need interaction. We need our crowd again ‘. That’s why the tour is going to be so brilliant.”

The hotly anticipated tour comes by popular demand from the Show of Hands’ loyal fanbase.

Fans were however treated to a live stream of a Show of Hands concert in November 2020 – plus brand-new live album Now We Are Four. It was the first live album for duo Steve and Phil since their very first release in 1992 – and their first-ever ticketed online gig. The reunion was also a poignant, emotional one for the group, who were joined by Miranda for the first time since her breast cancer diagnosis.

This is the new date for Show Of Hands, rescheduled from 28 November 2020.

MUSIC’S NOT DEAD
Bexhill’s independent record store Music’s Not Dead will be open in the Ground floor foyer before the show and until the start of the main act.