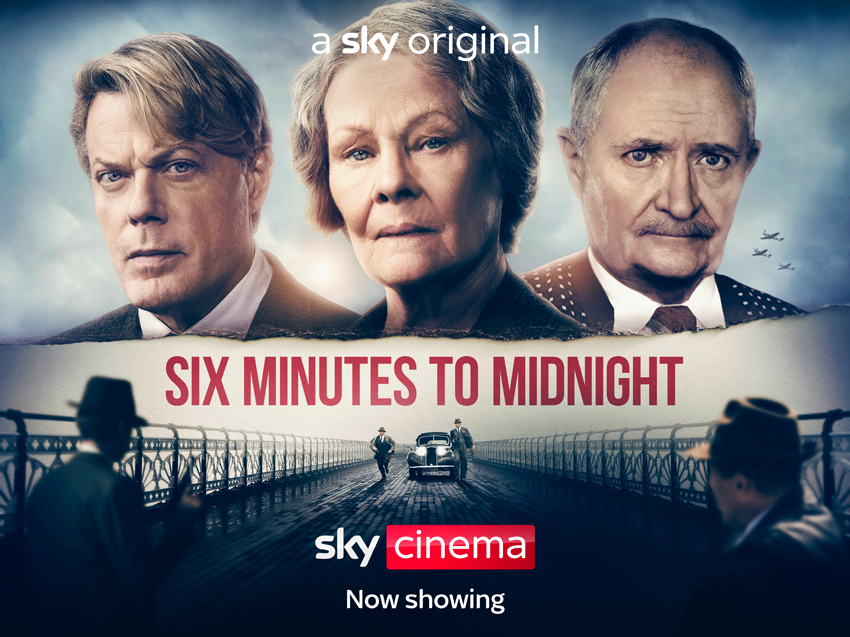 Six Minutes to Midnight is a fast-paced period thriller inspired by real events in Bexhill on Sea.

Written by Celyn Jones (Set Fire to the Stars, The Vanishing), Eddie Izzard and Andy Goddard.

Summer 1939, Hitler’s power is growing and tensions between the UK and Germany are at boiling point. The Augusta Victoria College, a finishing school for daughters and goddaughters of the Nazi elite on the south-coast of England, is under close scrutiny after the mysterious disappearance of their teacher Mr Wheatley. The school governess, Miss Rocholl (Judi Dench), hires English teacher Thomas Miller (Eddie Izzard) to replace Wheatley and help prepare the girls for the Anglo-German fellowship. Thomas slowly raises the suspicions of Ilse Keller (Carla Juri), the girls’ German tutor, who has secrets of her own. Caught in the crossfires, Thomas is framed for murder and goes on the run to clear his name and uncover Ilse’s true plan for the girls. Can he stop her before it’s too late?

Produced by  Andy Evans and Sean Marley  for Mad as Birds, along with  Laure Vaysse for REP Productions  and Sarah Townsend for Ella Communications.  Zygi Kamasa and Emma Berkofsky are Executive Producers for Lionsgate UK along with Pauline Burt and Adam Partridge for Ffilm Cymru Wales and Christina Papagjika and  Matthew  Salloway for West Madison Entertainment.

Read about the real Augusta Victoria School in Bexhill on Sea on this blog from Bexhill Museum.

Read an article in The Israel Times here