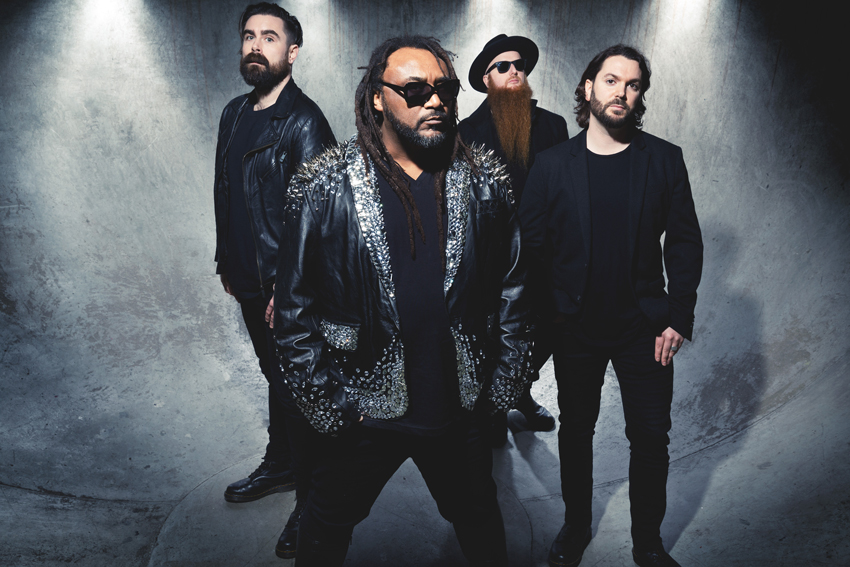 All ages. Under 14s must be accompanied by an adult and in seats.

Formed in 1998 after frontman Benji Webbe’s previous band Dub War split, they’ve gone on to become an internationally successful group known for their unique blend of metal with jungle, hip hop with hardcore, and ska with drum and bass. Their debut album, ‘Babylon’, hit shelves in 2002, followed by ‘Roots Rock Riot’ in 2007, ‘Shark Bites and Dog Fights’ in 2009, ‘Union Black’ in 2011 and ‘Kill the Power’ in 2014. ‘Volume’, arrived in 2015 and their latest LP, ‘Big Tings’, dropped in April 2018.

Skindred raised over £10,000 for NHS Charities recently by releasing a special edition NHS shirt. Goggin adds, “The work the NHS have been doing through these difficult times has been incredible so it’s great to have been able to do something in return and we would like to thank all our fans for supporting us in our efforts to support them.”

The first instalment of money has been paid to the Royal Gwent Hospital, Newport Wales Charity and the University College London Hospital Charity respectively. Anyone that wants to grab a Skindred NHS shirt can do so HERE.

From £23.50Sold out
Eastside Events Present

Just Steve, A Guitar and You