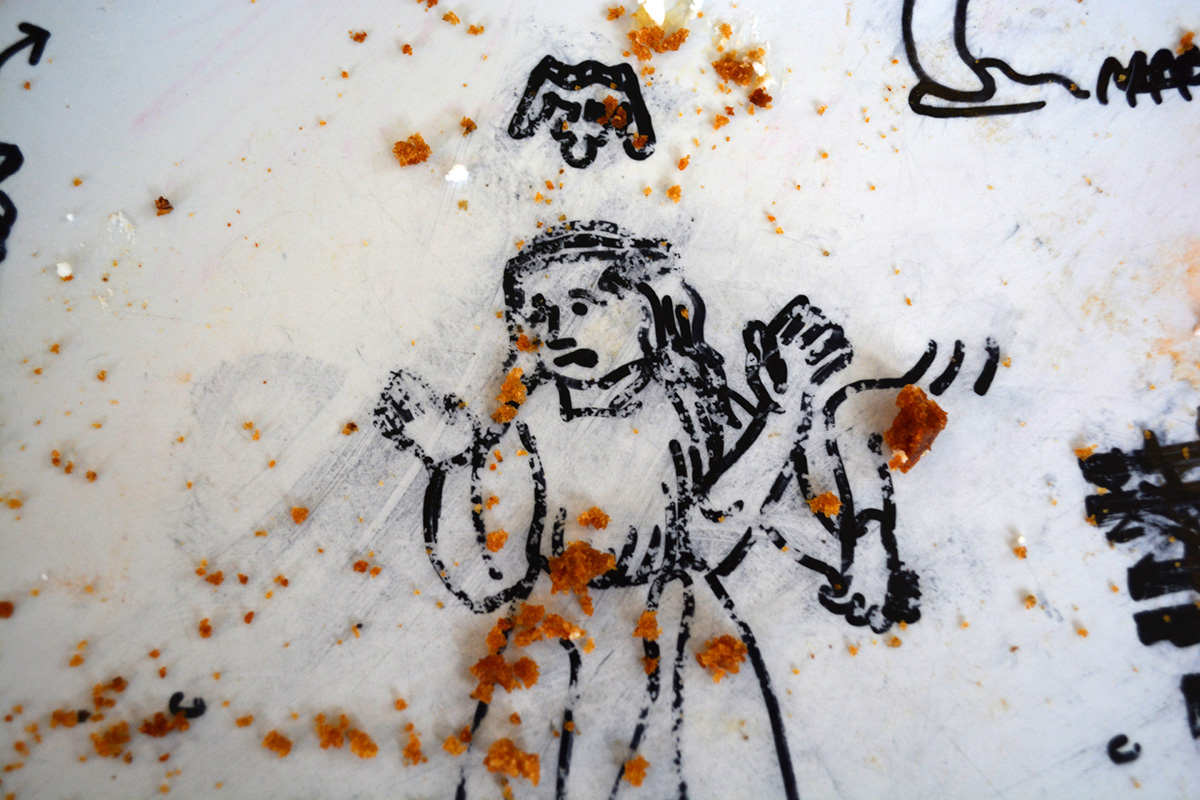 Smear (for Cynethryth) FOR BEXHILL CARNIVAL

Starting in Sidley at 1pm, travelling up through the Old Town, along Buckhurst, Western and Devonshire Roads before finally passing
the De La Warr and congregating at the Polegrove at 3pm.

As it winds its way through the streets of the town, Smear (for Cynethryth) will play host to folk singing, daub-mixing and hairdressing, whilst an on-board printer will produce pamphlets containing literature about Queen Cynethryth, eighth century Queen of the Mercians, the co-founder of Bexhill-on-Sea.

Commanding the throne at a time when Mercia was fiercely expanding its territory and influence, Cynethryth was a woman of power like no other in eighth century Europe. Exiled from France, she was married to Mercian royalty (King Offa), mother to British Queens, and yielded power in the church long after her husband’s death. Posthumously, her legacy was eclipsed, overwritten by biographers writing 300 years later. Precious little written information remains of Cynethyth’s life.

Smear (for Cynethryth) continues Gent’s ongoing efforts to access a new story for Cynethryth, turning to folk-art practices as a location of alternative histories: identifying stories passed through generations in the form of performance and objects, ways to ‘smuggle’ possible truths under the radar of more official accounts. Joining Bexhill Carnival, the float will travel through a settlement founded by King Offa in his wars in Sussex, commemorating Cynethryth in a town that holds her imprint, hidden or otherwise.

After the Carnival, the float will travel to London to participate in the Young London 2018 exhibition at V22’s Silvertown Studios. Smear (for Cynethryth) has been commissioned by V22 and produced in partnership with the De La Warr Pavilion.

For routes and all information about Bexhill Carnival, please see here.

RITE: on this pliant body we slip our WOW!