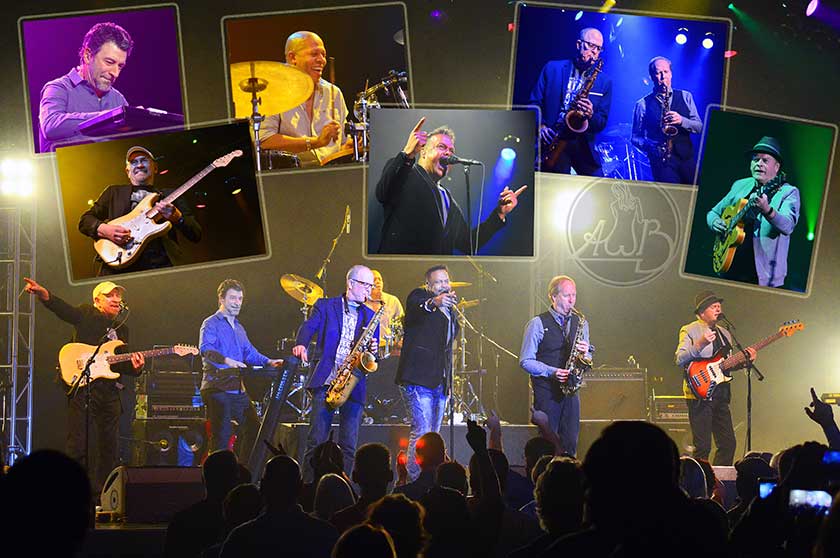 The Average White Band has been rescheduled from the original date of 17 May 2020.

The Average White Band is one of the top Soul, R & B, and Funk groups, first known for the timeless instrumental hit Pick Up the Pieces.

The band’s future would lead to multiple gold & platinum albums and Grammy nominations with the legendary Atlantic label. They were the first Brits to simultaneously top the US Top 100 Singles, Albums and R&B charts, before gathering similar worldwide honours.

Considering their Scottish roots, AWB’s influence on Hip-Hop, Rap, and modern R&B is a phenomenon shown by the hundreds of samples from their originals, by such as Erik B & Rakim, Beastie Boys, Tribe Called Quest, P-Diddy, Mark Ronson, Rick Ross, et al. Their dance hit Let’s Go Round Again remains a fixture of contemporary radio, streaming and the remix world.

Average White Band’s Scots originals Alan Gorrie and Onnie McIntyre lead today’s lineup with Freddy V & Cliff Lyons on horns, Rocky Bryant on drums and Rob Aries on keys, behind ace vocalist Brent Carter. They maintain their place at the top table of soul & funk music, much to the delight of eclectic and multi-generational audiences everywhere.