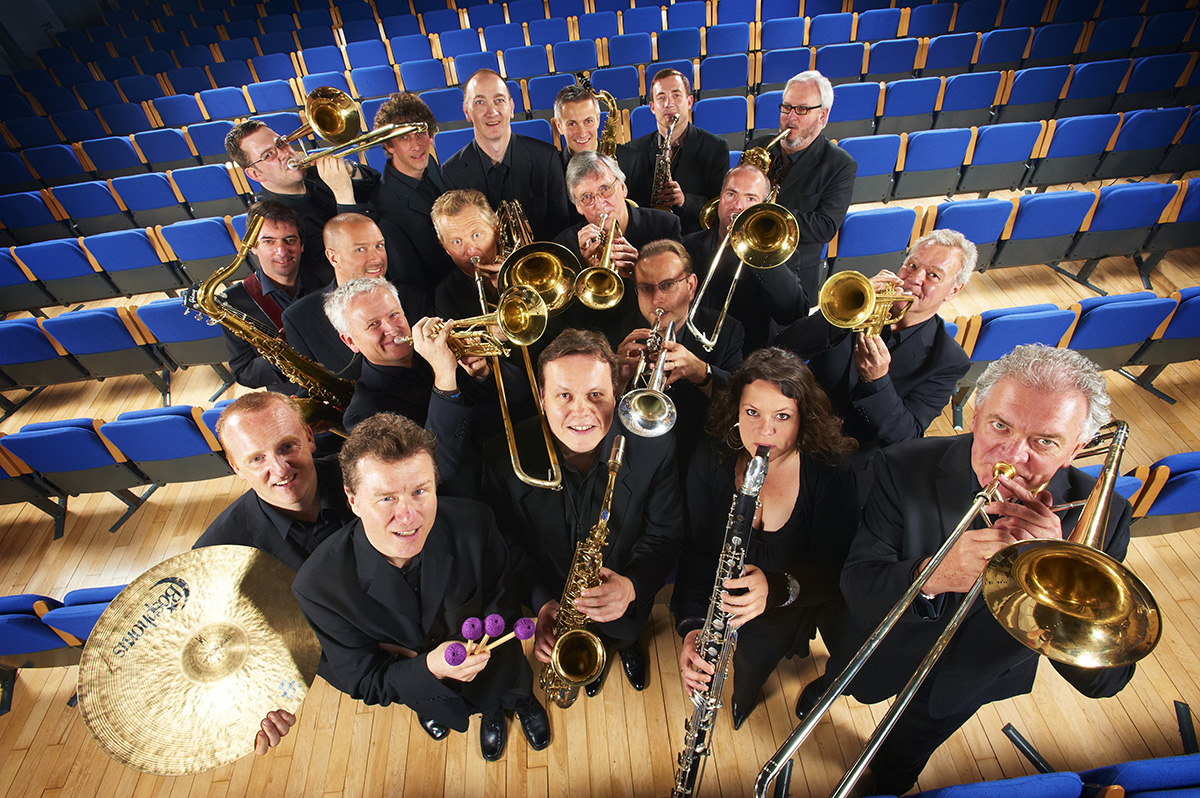 A Swinging Christmas with The BBC Big Band

Join the internationally acclaimed BBC Big Band for a fun-filled programme of festive favourites, with a Swing twist!

A real Christmas cracker of a programme, featuring big band settings of your favourite yule-tide numbers such as Let It Snow, Santa Claus is coming to town and Mel Tormé’s The Christmas Song – and much, much more.  Add to this a selection of sparkling Big Band classics, and this is the prefect event to warm you up on a winter’s night!

The BBC Big Band’s conductor and music director, Barry Forgie, is joined by the celebrated vocalist and BBC Radio presenter Claire Martin OBE alongside the extraordinary vocal talents of Jeff Hooper, making this the perfect swinging start to your Christmas festivities!

‘They brilliantly continue the tradition of Big Band music. As such they are important, as well as marvelous’ – Michael Parkinson

Join the internationally acclaimed BBC Big Band for a fun-filled programme of festive favourites, with a Swing twist!

About The BBC Big Band

Widely regarded as the world’s leading and most versatile Orchestras, The BBC Big Band continues to delight audiences around the world through their broadcasts on BBC Radio and their live performances.

In addition to its regular studio recordings and concerts, the BBC Big Band regularly gives live performances at major venues around the UK, as well as touring with major music artists abroad. Within the UK, the BBC Big Band is perhaps best known for its performances and broadcasts across the BBC Radio 2 and BBC Radio 3 platforms, whilst its performances also reach huge global audiences through its regular broadcasts for the BBC World Service and via the BBC’s website.

Live performances have included numerous appearances London’s Royal Albert Hall as part of the BBC Proms and also at the ‘Proms in the Park’ series in Hyde Park; at major festivals such as Aberdeen, Cheltenham, Edinburgh, Great North and Brecon; as well as performances at the UK’s premier concert venues, such as London’s Barbican, Liverpool Philharmonic Hall, Snape Maltings, Manchester’s Bridgewater Hall and The Sage Gateshead.

Linn recording artist and BBC Radio 3 presenter Claire Martin has spent the last 27 years honing the craft of jazz singing.  To worldwide critical acclaim she has established herself as a tour de force on the UK jazz scene gaining an array of awards, including winning the British Jazz Awards seven times,  along the way.

Signed to Linn Records in 1984, Claire has since released more than 17 CDs with the label, collaborating with musical luminaries including Martin Taylor, John Martyn, Stephane Grappelli, Mark Nightingale,  Sir Richard Rodney Bennett,  Jim Mullen and Nigel Hitchcock on many of these recordings.

Regarded as one of the finest male jazz and big band voices, Jeff’s early career saw him work with the likes of Matt Monro (who taught him how to tie a bow tie!), Morecambe and Wise, and Stephane Grapelli. He has sung with Dame Shirley Bassey and Sir Tom Jones at the opening of the National Assembly of Wales as well as being featured appearing on numerous occasions on BBC Radio 2’s ‘Friday Night is Music Night’.  Jeff is also a long-time collaborator and friend of the great lyricist Hal David (of Bacharach and David fame), and has performed various new songs by him at David’s request.​

His work is prolific, with overseas concert tours, weekly radio shows on BBC Radio Wales and regular performances across Britain and beyond in some of the world’s most prestigious concert halls. Jeff was chosen to front and direct the ‘Strictly Come Dancing’ Tour Band across and has also featured in TV and radio commercials for Skoda, Jeep and VW Motors.

including Incubate: an Eggtooth project