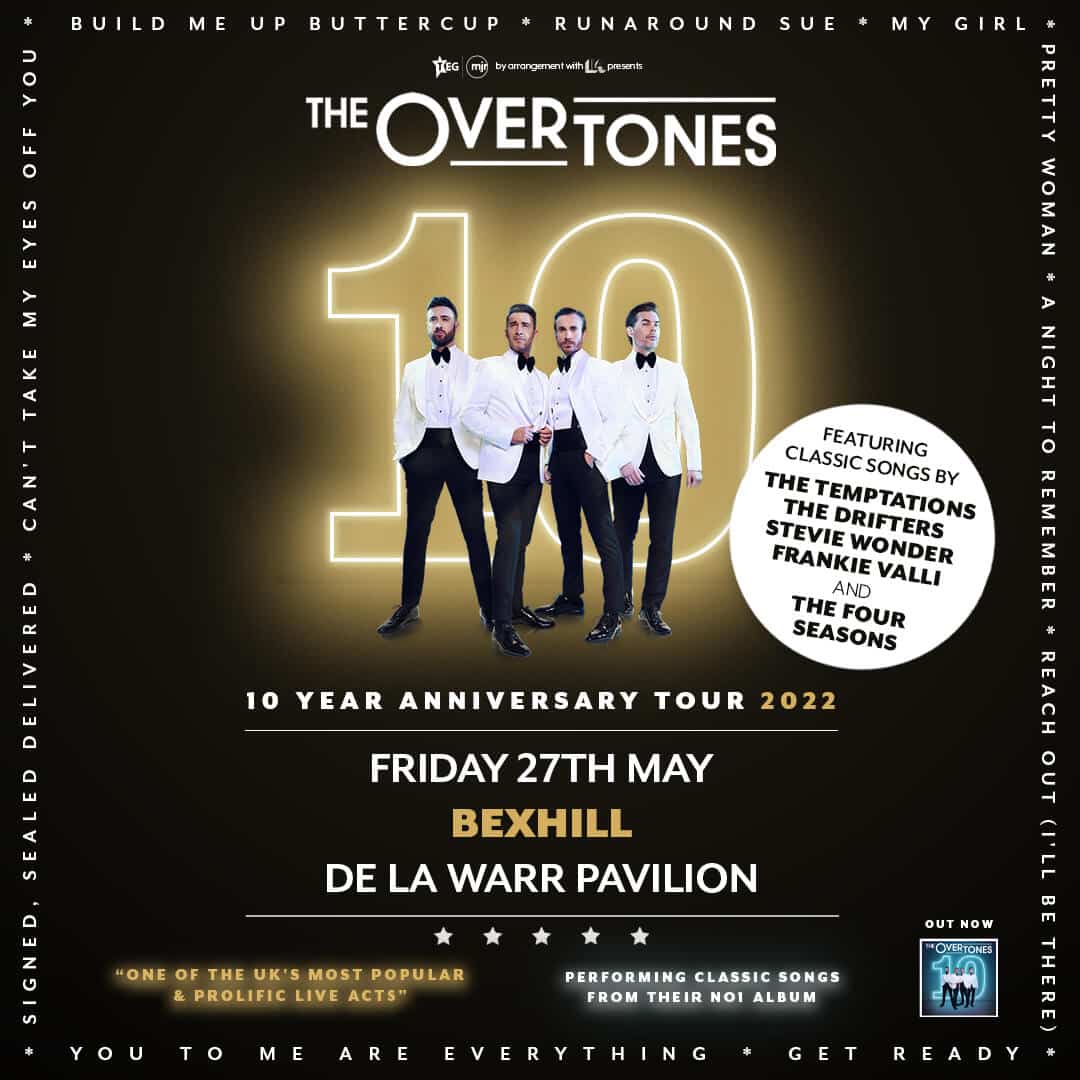 TEG|MJR by arrangement with ILA presents: The Overtones 2022 UK Tour

This is a reschedule from the original date of 28 November, 2021.

All tickets are valid, there is no need to contact the Box Office.

With 5 top 10 albums and 10 sold out UK Tours, The Overtones will embark on their 11th UK Tour to celebrate their 10 year anniversary performing as a group.

For the last decade, The Overtones have been a household name after appearing on dozens of television shows across the UK and Europe including Dancing On Ice, BBC Breakfast and This Morning to name just a few. After headlining at world renowned venues like The London Palladium and the Royal Albert Hall. The Overtones have built a name for themselves as one of the UK’s most prolific live acts. From performing at the Queen’s Diamond Jubilee at Buckingham Palace to singing at the Brandenburg Gate in Berlin in front of one million people. The Overtones have entertained at some of the biggest events on the planet.

The Sorrows Away Tour

From £29.50Sold out
Coastal Events Presents